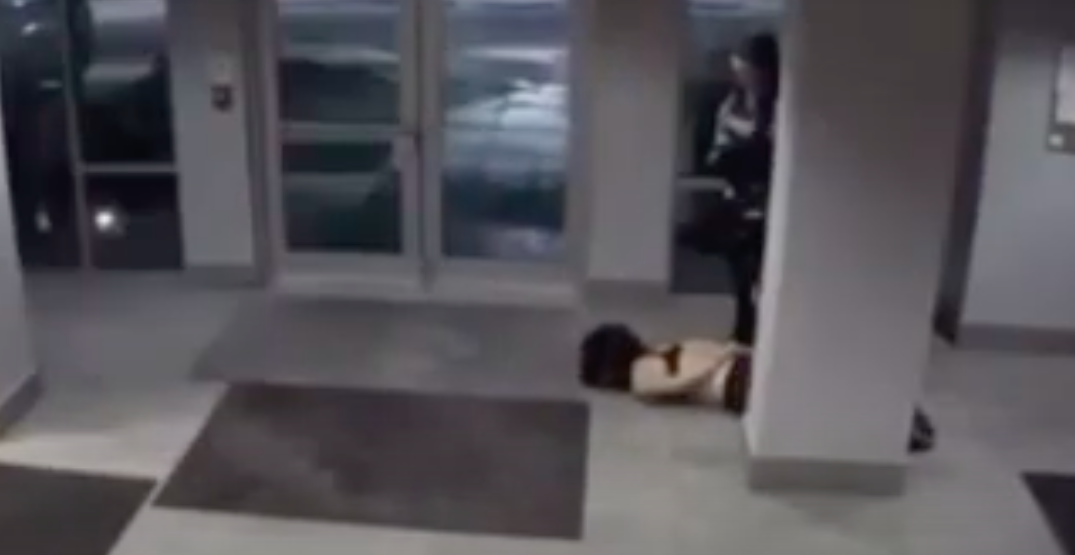 A screencap from security footage of the incident. (Youtube)

The BC Prosecution Service announced that an assault charge has been approved against Kelowna RCMP officer Cst. Lacy Browning on Monday afternoon for her involvement in a wellness check gone wrong on January 20, 2020.

Mona Wang, a BC student at the time, was in distress. Surveillance footage that was released and highly publicized showed Wang being dragged from her room at UBC Okanagan, to the entrance of the building.

The case led to scrutiny over how police respond to distress calls dealing with mental health, including a demonstration against police brutality in Vancouver.

Wang attended the demonstration and gave an emotionally charged speech to those attending.

“How am I, as a nursing student, able to de-escalate and provide care for so many patients … without brutalizing them? Without our feet on their head and kicking them when they’re already down?”

Browning is being charged with one count of assault contrary to section 266 of the criminal code. The first court appearance on this file has been scheduled for September 14.

According to a statement from the BC Prosecution Service, the counsel has no prior or current connection with the officer.