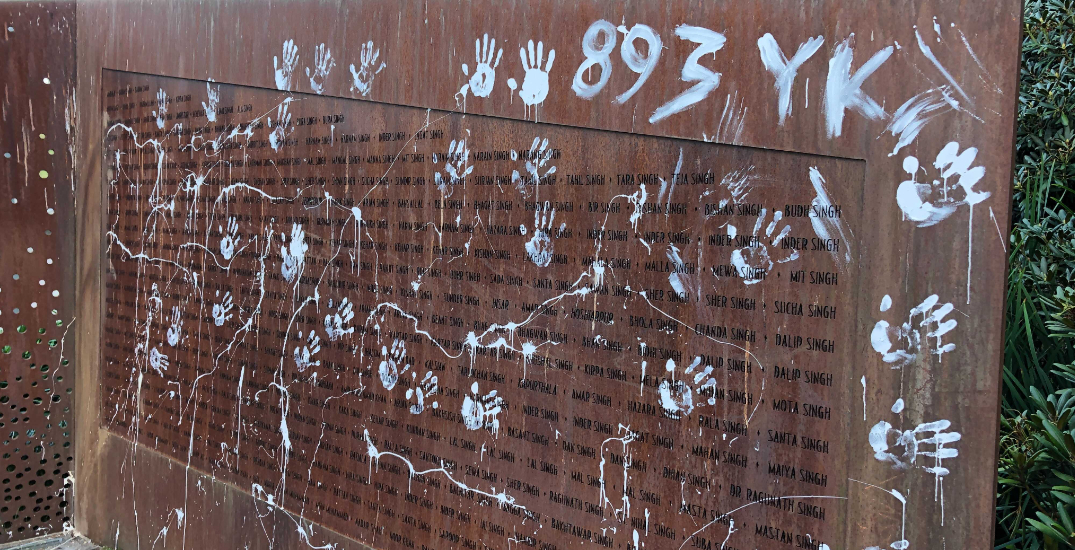 Vancouver Police (VPD) is investigating a possible hate crime after the Komagata Maru memorial was defaced over the weekend.

Sergeant Steve Addison said an investigation was immediately launched, and officers worked throughout Sunday evening to gather evidence of the “disturbing crime.”

“This investigation is a priority, and we are committed to finding out who is responsible and why they did this,” Addison said, adding police are treating it as “a possible hate crime.”

Photos of the graffiti sent to Daily Hive show white handprints covering the names of those who had been aboard the Komagata Maru.

The message “893 YK”  has been written at the top of the memorial amid splatters of white paint. 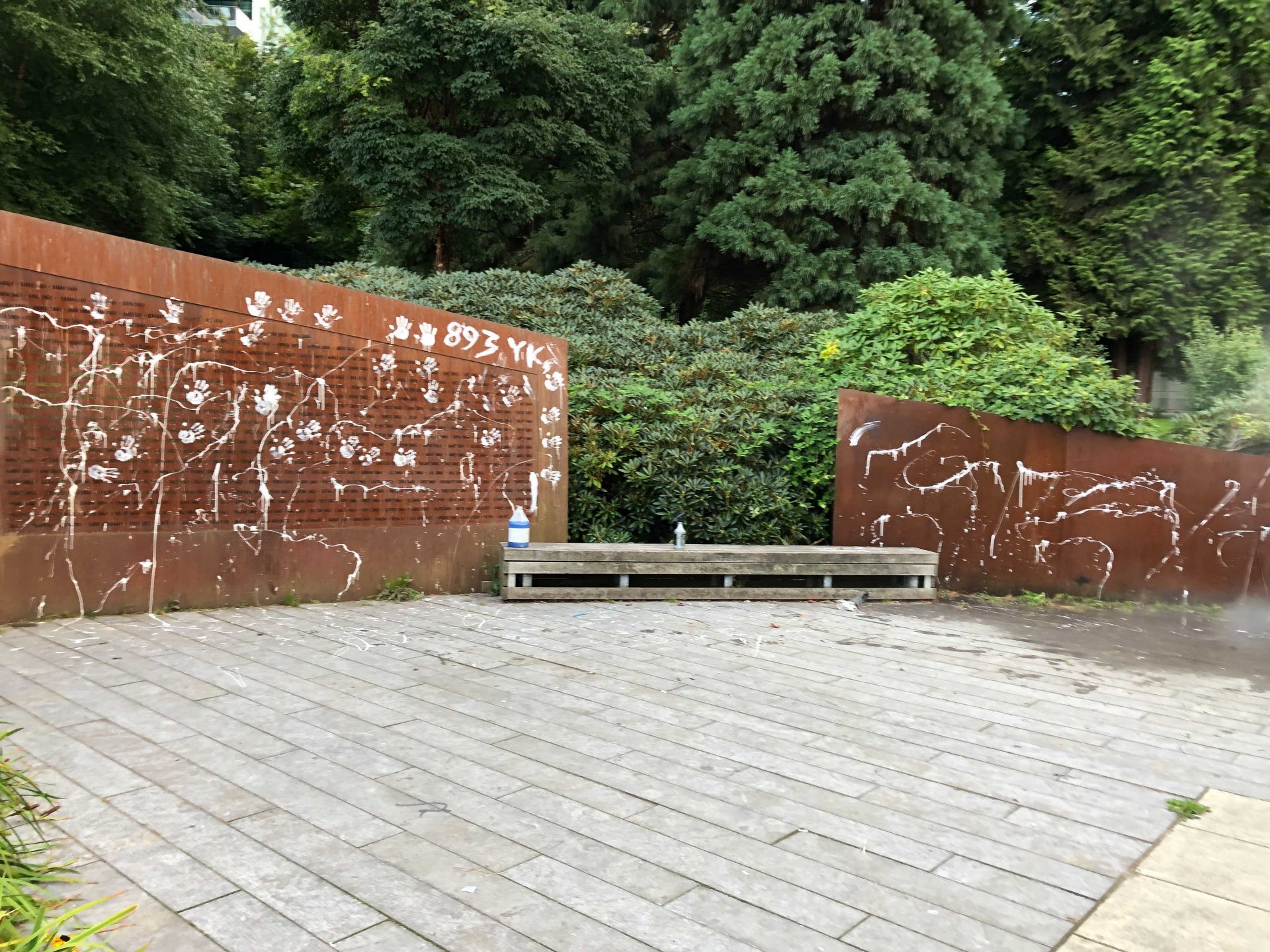 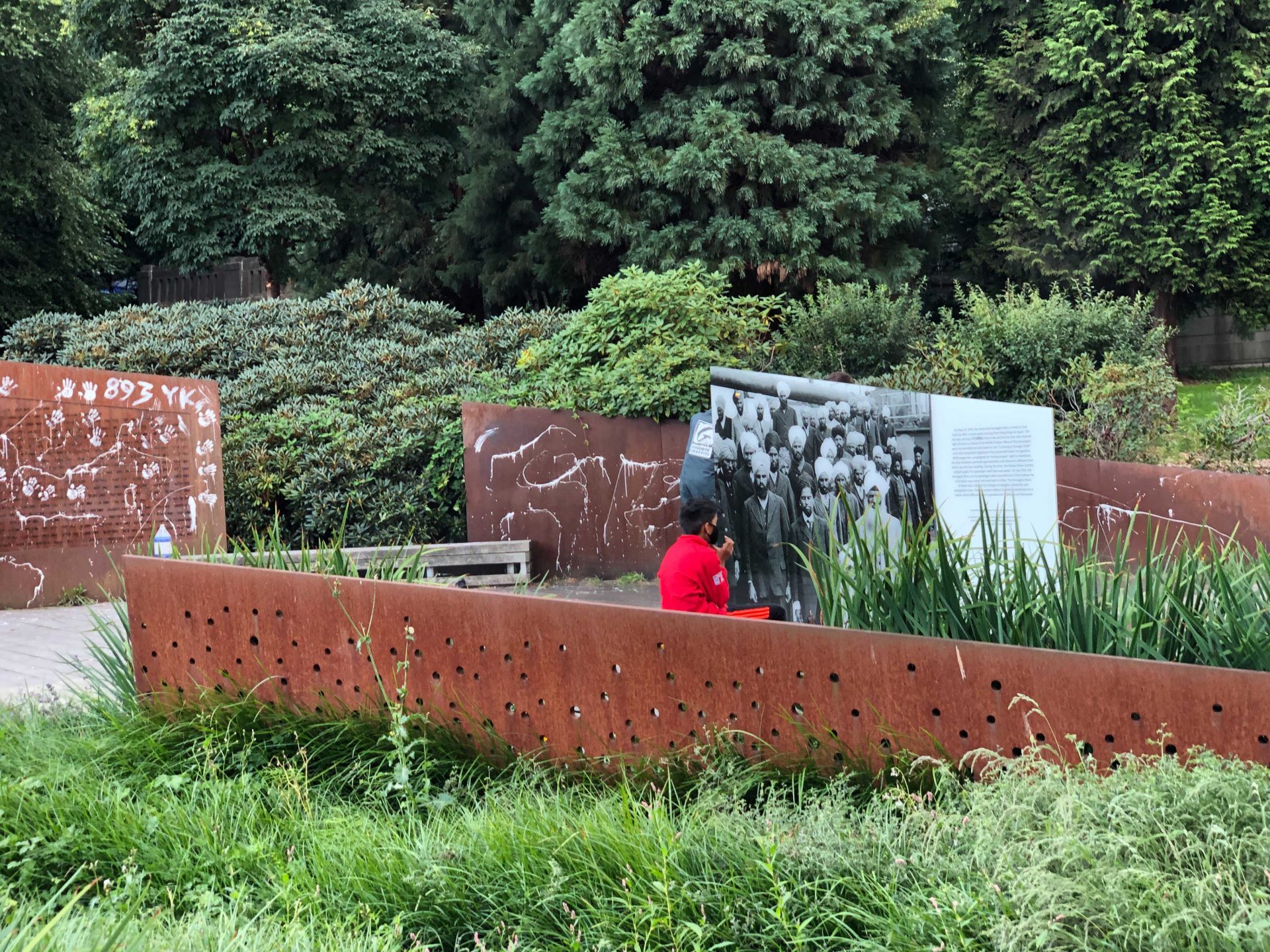 The Komagata Maru was a ship that arrived in Vancouver in 1914 carrying nearly 400 people from India who were attempting to immigrate to Canada.

The majority of those aboard were denied entry into the country, despite being citizens of the British Empire.

“This monument is an important memorial to the people who travelled here seeking a better life and were wrongfully turned away because of racist policies,” Addison said.

“It is disheartening that someone could show such disrespect to this important memorial, and we’d like anyone with information to come forward.”

Anyone with information on the crime is asked to contact investigators at 604-717-0613.