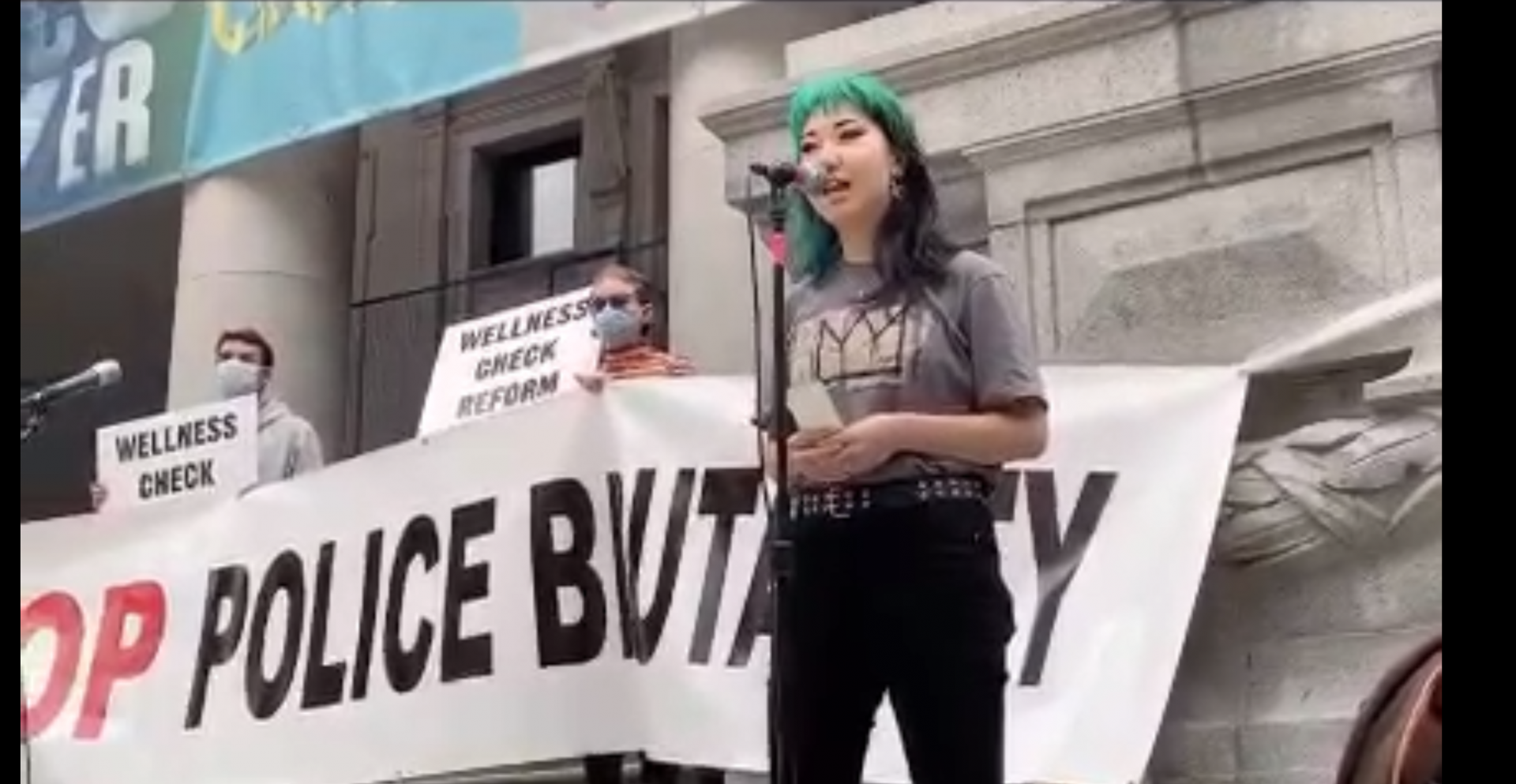 Demonstrators gathered in four BC cities Saturday to demand justice for Mona Wang, a BC student who was allegedly beaten by an RCMP officer who responded to her room for a mental health wellness check.

Wang attended the Vancouver rally in front of the art gallery, and parallel demonstrations happened in Richmond, Kelowna, and Surrey.

“What happened was unjust,” Wang said. “This should not happen to anyone, period.”

The Vancouver protest was livestreamed on YouTube and through Zoom.

RCMP officer Lacey Browning allegedly assaulted Wang when she responded to the UBC Okanagan student’s room on January 20 after her boyfriend phoned police because she was experiencing mental health problems.

Video from the incident shows the officer stepping on the nursing student’s face and dragging her down the hallway.

“How am I, as a nursing student, able to de-escalate and provide care for so many patients … without brutalizing them? Without our feet on their head and kicking them when they’re already down?” she said at the rally.

“It’s clear police are not equipped with the right knowledge to respond to these calls,” she said.

In her speech, she advocated for police reform to better meet community needs.

She is also suing the RCMP over what happened.

Her suit alleges Browning entered Wang’s apartment, did not identify herself as being with the RCMP, and found Wang lying on the bathroom floor “in a state of semi consciousness.”

The allegations have not been proven in court.

“I will do everything I can to make sure something like this will not happen again,” Wang said at the rally.