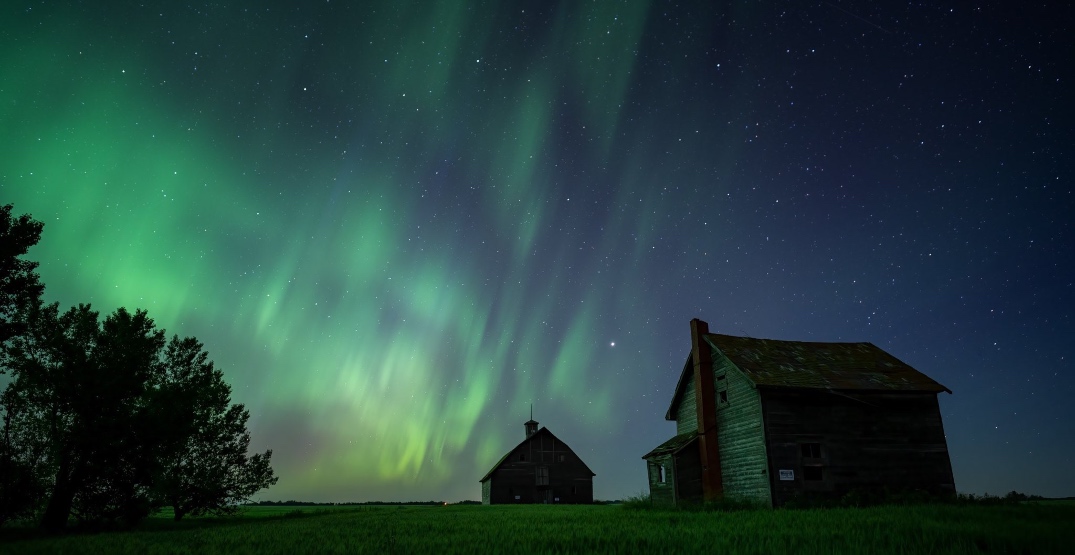 On Friday night, camera-ready skygazers in Canada snapped spectacular shots of the northern lights from BC to Alberta and beyond.

And if you didn’t stay up late to see them, you still could have a chance.

According to Aurora Forecast, there’s still a chance of seeing high levels of aurora borealis until Saturday, July 23. 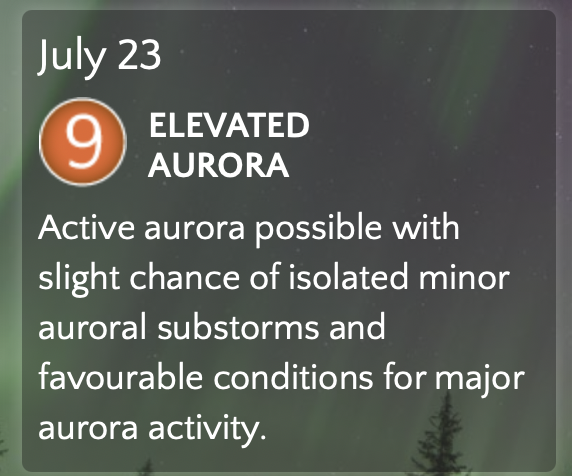 Often it’s hard to see them without a camera and a special long-esposure technique so far south as places like Vancouver, but the dedicated aurora-chasers found them anyway.

Here are some of the best shots of the northern lights in Canada last night: 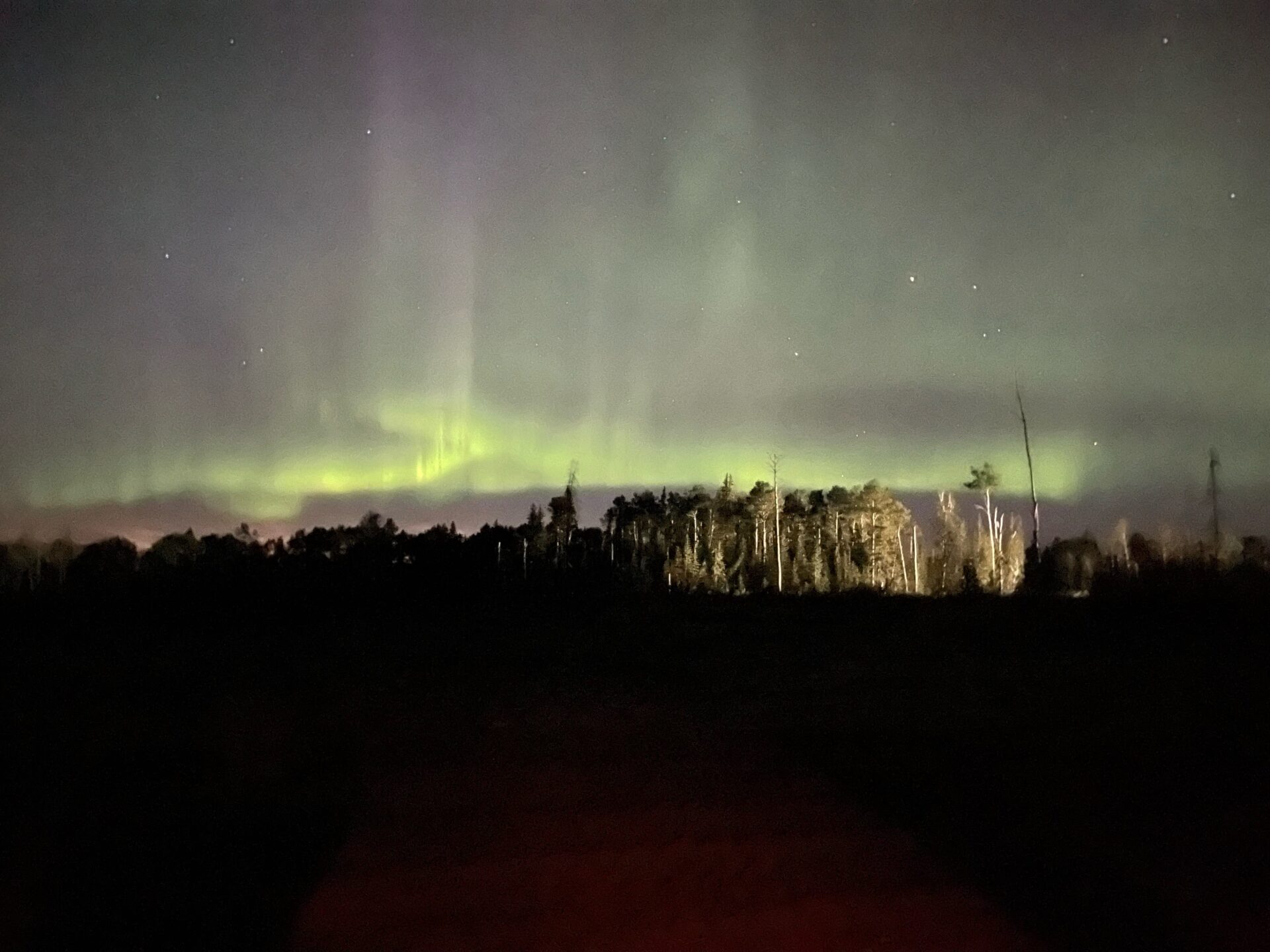 It was nice to get out into the countryside under the stars and northern lights last night for a while. Taken east of Edmonton, Alberta. pic.twitter.com/DfffMEHN9P 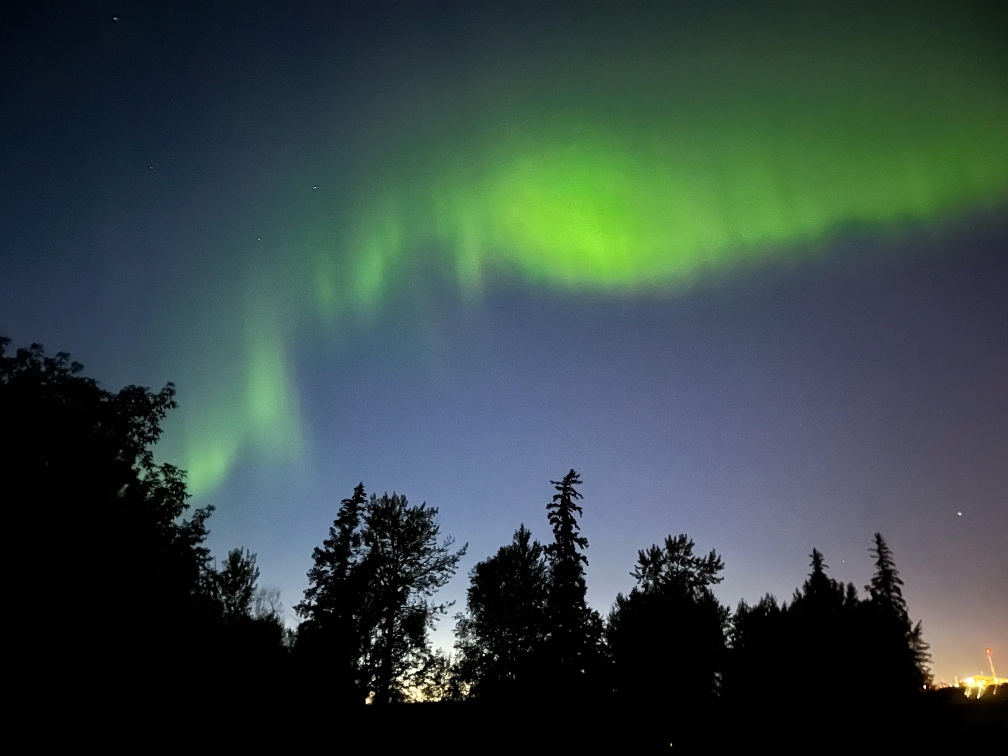 Northern Lights in Taylor, BC by Melinda Key

Northern Lights in Langley, BC! Barely visible to the naked eye but a huge bucketlist item on my camera.#northernlights #vancouver #Langley pic.twitter.com/9whF5KS5A6

Northern Lights in Langley, BC! Barely visible to the naked eye but a huge bucketlist item on my camera.#northernlights #vancouver #Langley pic.twitter.com/9whF5KS5A6

Look what came out to dance tonight!! Northern lights outside of Sudbury, ON. #northernlights #auroraborealis #aurora #ontario #Sudbury #chelmsford pic.twitter.com/CsJEmgyz4e

Did you capture the northern lights in Canada this weekend? Send us your photos at [email protected]