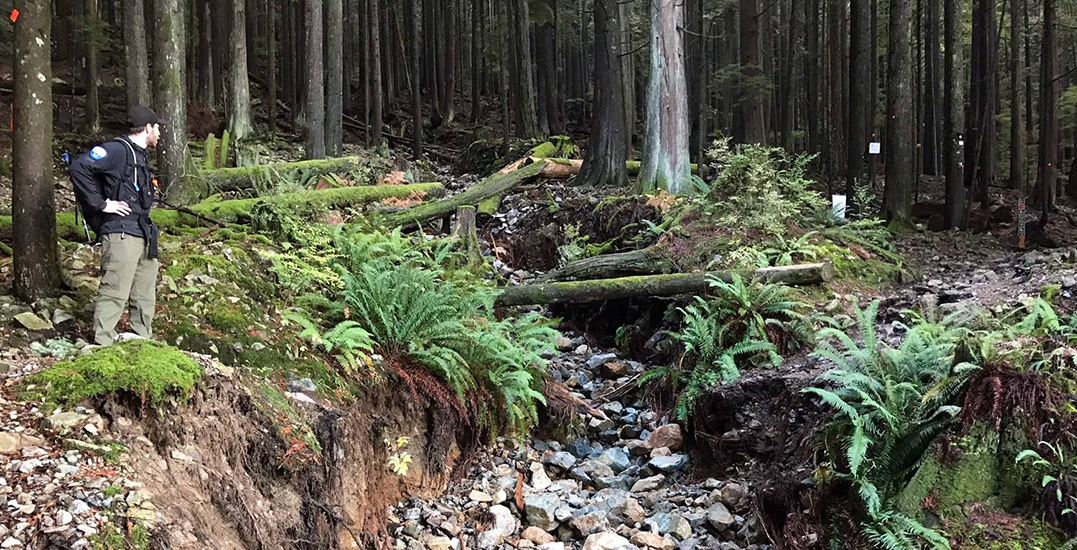 Two popular North Shore trails have been closed to the public after receiving extensive rainfall damage.

It comes after chaotic flooding that happened at the beginning of the week and a weather warning that predicted as much as 80 mm of rainfall would hit the area.

A Facebook update from Metro Vancouver Regional Parks says parts of the lower Lynn Loop Trail have been washed out, making it unsafe for hikers and walkers.

It will remain closed until park staff assess damage and repair the trail. People are urged to use the upper Lynn Loop Trail as an alternative.

Meanwhile, at the Grouse Mountain Regional Park, parts of the Baden-Powell Trail have been washed out.

Park rangers are also working to create a safe, alternate route around the damaged areas.

The Metro Vancouver Regional Parks team says it will provide updates as they become available.