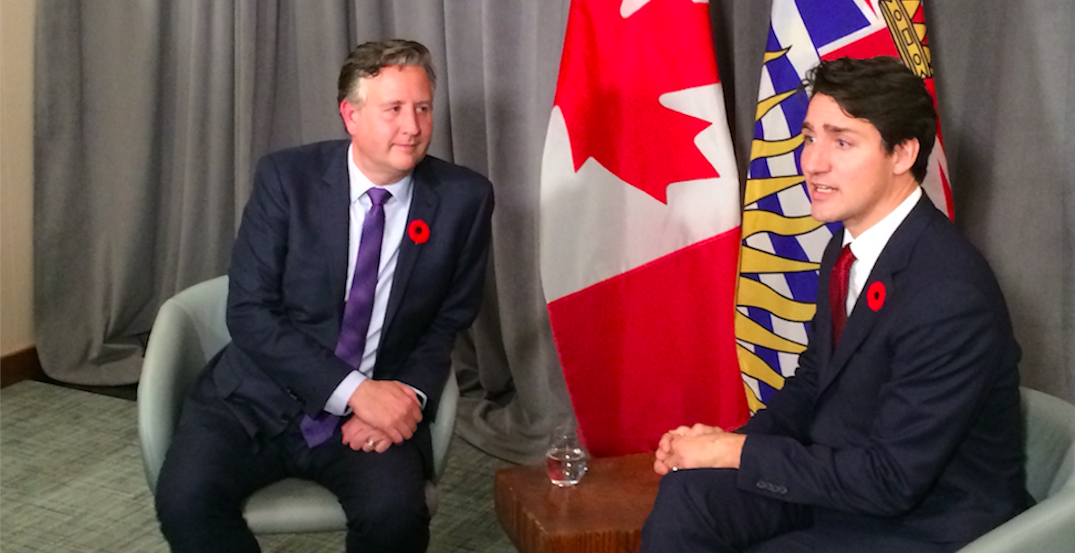 With just days to go until he’s officially sworn in as the city’s new mayor, Kennedy Stewart met with Prime Minister Justin Trudeau in Vancouver on Thursday.

“The Prime Minister and I have known each other for seven years…it was a reacquaintance and a very cordial one,” said Stewart. “I’m so excited about we can do together here in the city.”

For his part, Trudeau said that “obviously there’s going to be issues like TMX [Trans Mountain Pipeline] where we are going to disagree, but there’s also a lot for us to work on together.”

While the pair didn’t take questions during the closed-door meeting, Stewart said afterwards that he was “very happy” with the discussion. “It’s going to be a great partnership going forward.”

Asked about whether he had requested more money from the federal government, Stewart responded with a chuckle that “that’s what cities do, so of course I did – but also making sure it’s focused in critical areas, with housing being the biggest, but also looking at innovative ways we can move forward together.”

During his mayoral campaign, Stewart spoke of extending the Broadway subway line all the way to UBC.

Asked abut the Prime Ministers’s attitude towards the plan, Stewart said that it’s an “ongoing” discussion. “We did make arrangements to talk further about that and about transit in general.”

So what about the Trans Mountain issue? As a federal NDP MP for the riding of Burnaby-South, Stewart made it no secret that he opposes the plan, even going so far as to get himself arrested earlier this year in Burnaby during a protest.

Stewart said that Trudeau “did bring up” the topic.

“I did make 100 speeches in the House of Commons against it, but I understand governing role can be different,” he said. “I did say that I wouldn’t be going off and getting arrested again anytime soon, but rather delivering on the priorities that I was elected for as mayor.”

However, he added, “I did maintain my opposition to this project and will support local First Nations and other court efforts.”

Stewart said that overall, “I wanted this first face-to-face conversation to set the general theme and I think there’s agreement on that, to make sure we talk about specifics in the coming days.”

Stewart will officially be sworn in as mayor on November 5.