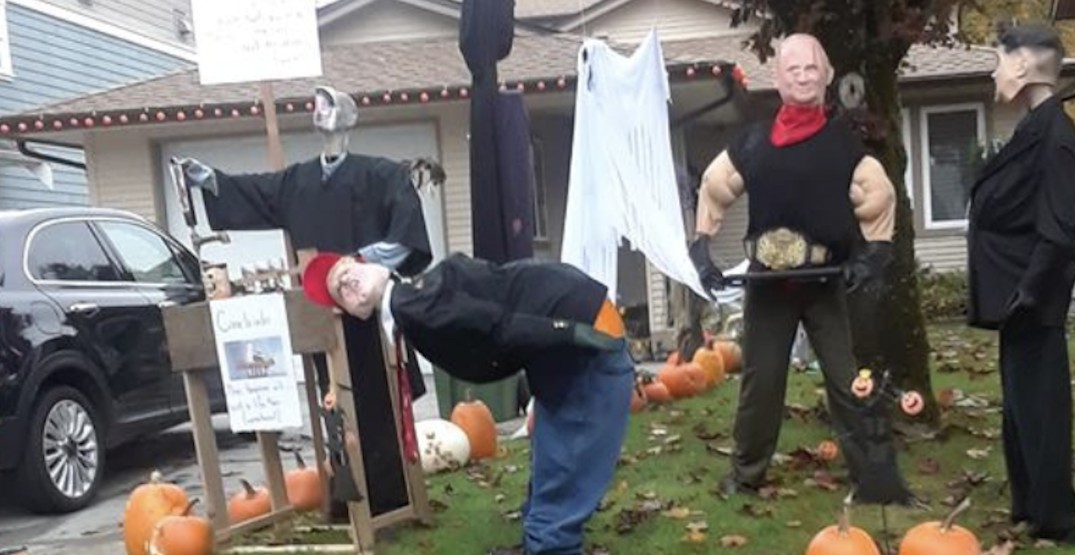 While it’s common to see homes decked out with Halloween decorations, one Richmond resident is not too happy with her neighbour’s “inappropriate display.”

A home located on Kestral Drive in Richmond has an outdoor setup depicting US President Donald Trump bending over exposing his pumpkin bottom to mannequins of Kim Jong-un and Vladimir Putin.

Kim Consolo lives down the street and told Daily Hive she was “shocked” when she saw the display. 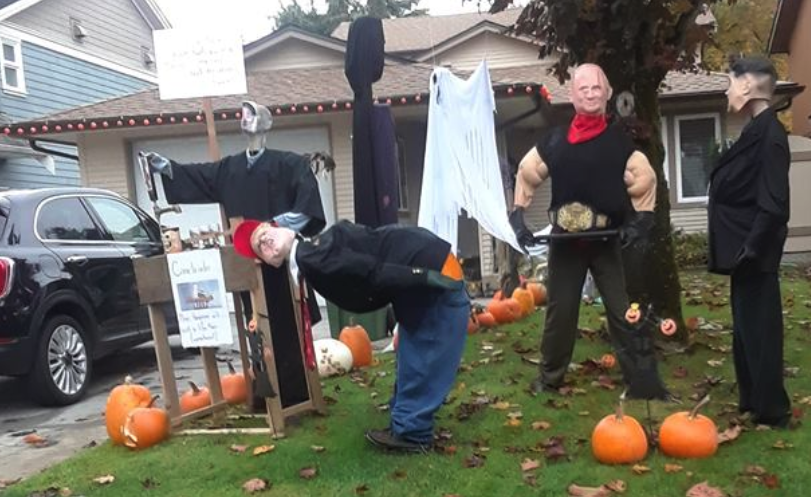 Although the display doesn’t outwardly depict any explicit actions between the characters, Consolo believes that it suggests sodomy.

“What is funny about two men sodomizing another man?” Consolo said.

Consolo said she called the city but said “they saw nothing wrong with it” and the homeowner was not asked to take the decorations down.

“Halloween is [a] night for kids, and this display is so inappropriate for them to see!” she said.

Daily Hive reached out to the City of Richmond for comment but did not hear back before the time of publication.