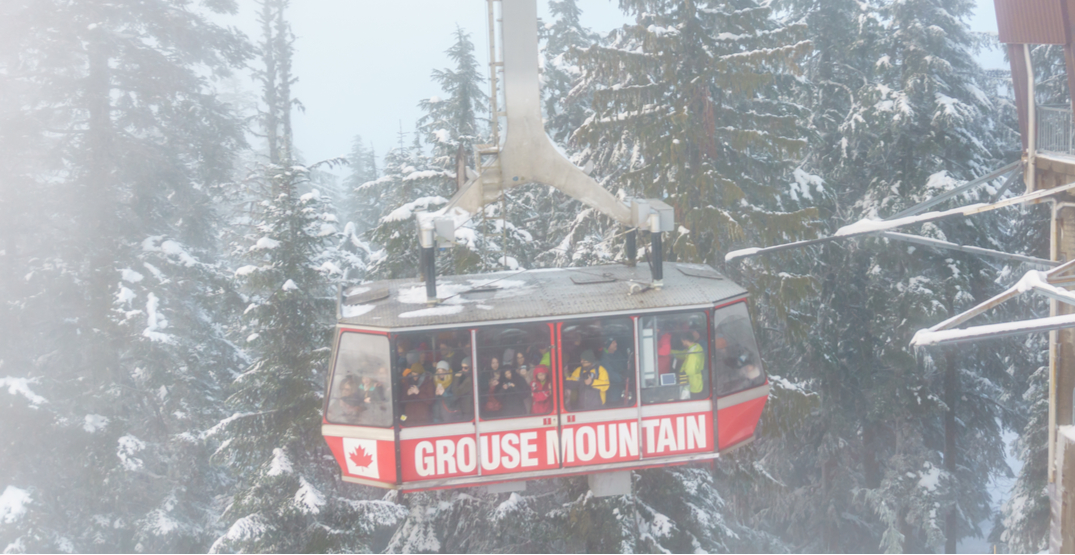 Those hoping to head to local ski resorts on the North Shore mountains this evening to take advantage of the fresh snow might want to make other plans.

On Twitter, both Grouse Mountain and Mt. Seymour announced they have closed for the day due to the wind and weather conditions.

Please be aware that due to inclement weather the Skyride, Downhill Area, all mountaintop activities and Chalet facilities will be closing for 6pm this evening. With all this new snow we look forward to welcoming you back tomorrow https://t.co/0CyuhDGlnu

Mt Seymour is closing today at 5pm due to high winds. Reopening at 9:30am tomorrow morning. Visit https://t.co/e64q4nD2BJ for conditions.

The closures come on the heels of a Wind Warning issued by Environment Canada today for the following areas:

According to the weather agency, “a deep low pressure system will cross Vancouver Island tonight. Ahead of the low, southeast winds of 70 to 90 km/h will develop over Greater Victoria early in the evening then spread to the rest of the Inner South Coast later in the evening.”

“Damage to buildings, such as to roof shingles and windows, may occur,” Environment Canada said. “High winds may toss loose objects or cause tree branches to break. Be prepared to adjust your driving with changing road conditions due to high winds.”

The areas affected this time include the following areas:

According to the national weather agency, “an area of low pressure currently offshore will approach the BC coast late this afternoon.”

However, “cold air will remain in place over the North Shore, Coquitlam, Pitt Meadows, Maple Ridge, as well as northern sections of Langley and Surrey.”

Snow accumulation of 10 cm is expected over these areas tonight as a result, before the snow eases to scattered showers “or flurries” Thursday.