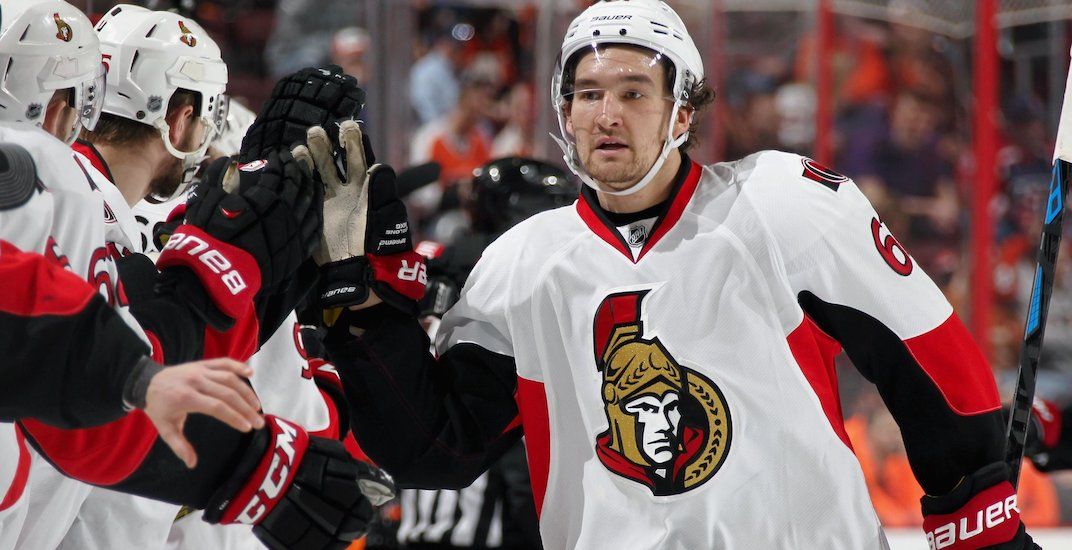 The 2019 NHL trade deadline has not disappointed, with a number of big names changing teams. A total of 22 trades involving 25 teams were made today, including players like Mark Stone, Mikael Granlund, Kevin Hayes, and Wayne Simmonds getting dealt.

Here’s a rundown of the trades that took place:

Winnipeg adds to their blue line

Kiselevich to Wpg. 7th round pick back to Fla.

As per @GMillerTSN, Jets re-acquire Matt Hendricks from Minnesota for a 7th RD pick

Marcus Johansson, who has 27 points (12-15-27) in 48 games with the New Jersey Devils this season, adds skill to the Boston Bruins.

MDZ on the move again

Ducks make another move, deal Michael Del Zotto to St. Louis for what is expected to be a sixth-round pick.

Michael Del Zotto’s stay in Anaheim didn’t last long. Traded to the Ducks by the Canucks for Luke Schenn and a 2020 seventh-round pick on January 16, the 28-year-old has been flipped to the St Louis Blues.

Hear the deal came together at 2:57 pm ET. Again, still pending a trade call before it's an official trade https://t.co/oqf8LGSDSf

The Nashville Predators picked up power forward Wayne Simmonds with just three minutes to go before the deadline.

The Vegas Golden Knights have reportedly acquired Mark Stone from the Ottawa Senators and signed him to an eight-year contract extension worth $9.5 million per season.

Mikael Granlund from Minnesota to Nashville for Kevin Fiala.

After trading Charlie Coyle last week, the Minnesota Wild have moved another core piece from their team. The Nashville Predators are loading up, acquiring Mikael Granlund, 26, who has 49 points in 63 games this season.

McQuaid to CBJ for a 4th and 7th

Columbus GM Jarmo Kekalainen has been a busy man lately, picking up 32-year-old defenceman Adam McQuaid from the New York Rangers for a pair of draft picks. The longtime Bruins blueliner adds size and toughness for the Blue Jackets.

After a short stay in Florida, Derick Brassard is on the move again, going to Colorado to help with the Avs’ playoff push. A pending unrestricted free agent, the 31-year-old was traded from the Penguins to the Panthers 24 days ago.

Derick Brassard is already in Denver. Did the morning skate with the @FlaPanthers but will play for the @Avalanche tonight.

The Avalanche and Panthers are scheduled to play each other tonight, meaning that Brassard, who has 19 points in 50 games this season, will play his former team right away.

Jordan Weal, 26, is on his third team in less than two months after being dealt by the Flyers to the Coyotes on January 11. A speedy 5-foot-10 centre from North Vancouver, Weal has 11 points (4-7-11) in 47 games this season and is a pending unrestricted free agent.

Going the other way is Michael Chaput, a 26-year-old centre who has split this season between Montreal (five points in 32 games) and AHL Laval (16 points in 24 games).

The @NHLJets add depth at center by acquiring @KevinPHayes12 from the @NYRangers!

The Winnipeg Jets have offloaded a first-round pick at the trade deadline for the second year in a row, picking up 6-foot-5 centre Kevin Hayes. Hayes has 42 points (14-28-42) in 51 games this season and is a pending unrestricted free agent.

Trades made in the last 10 days

Henrik Lundqvist gets choked up talking about the Mats Zuccarello trade.

We're with ya Hank. #NYR pic.twitter.com/HyyfIS1NWS