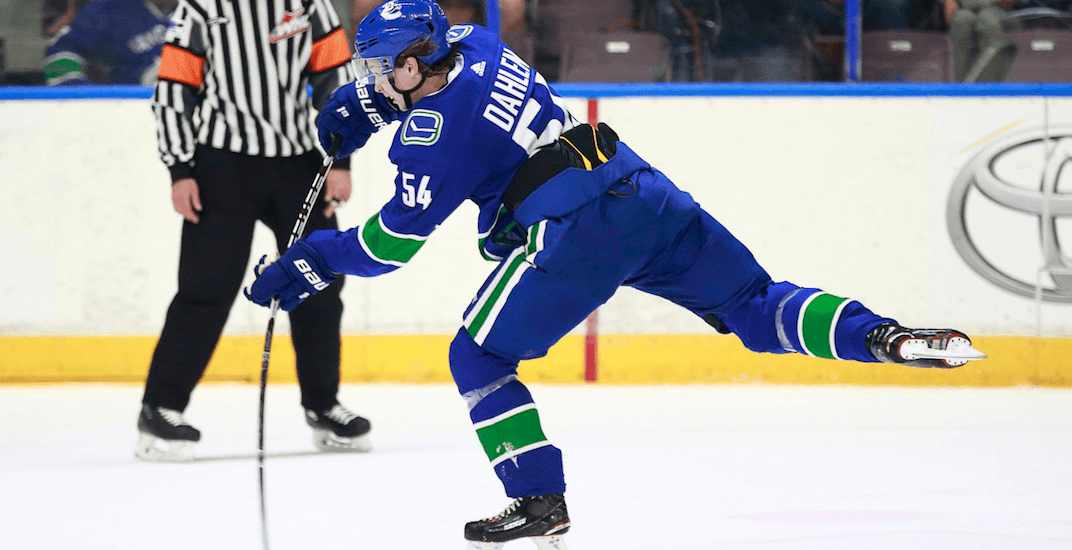 Well this is sure to cause a stir in Canucks Nation.

Name to keep an eye on with the #Canucksat at #NHLTradeDeadline is prospect W Jonathan Dahlen (acquired from Ottawa for Alex Burrows two years ago). My understanding is Canucks have shopped him, soured on him a bit after seeing him in his first AHL year with @UticaComets.

The young Swedish winger was named MVP of the Allsvenskan (Sweden’s second-best pro league) last season, and was a linemate of Elias Pettersson’s in 2016-17.

Dahlen didn’t have a good preseason with the Canucks this year, going pointless and registering just three shots on goal in two games. The 5-foot-11 winger ranks fifth in scoring on the Utica Comets this season, his first in North America, with 29 points in 50 games. He’s been productive of late, scoring seven points in Utica’s last seven games.

This is the first time that Dahlen, a former second-round pick, has been mentioned in trade rumours since the Canucks acquired him for Alex Burrows in 2017.

For what it’s worth, Dahlen will miss Friday’s Comets game with an apparent illness.

Trading Dahlen would qualify as a bold move by GM Jim Benning, who quite simply can’t afford to be wrong on such a deal. While Dahlen has been somewhat of a disappointment this season (he’s not alone in that regard among prospects in Utica), if the Canucks get burned by giving up on a 21-year-old skilled forward too early, the fanbase will never forgive him.

The flip side of the coin is that Dahlen isn’t guaranteed to pan out. Among players under the age of 22, Dahlen ranks just 25th in AHL scoring.

If he’s a bust in the making, the best thing to do is trade him immediately, like the Canucks did with Hunter Shinkaruk. You just hope they can acquire somebody better than Markus Granlund this time around.