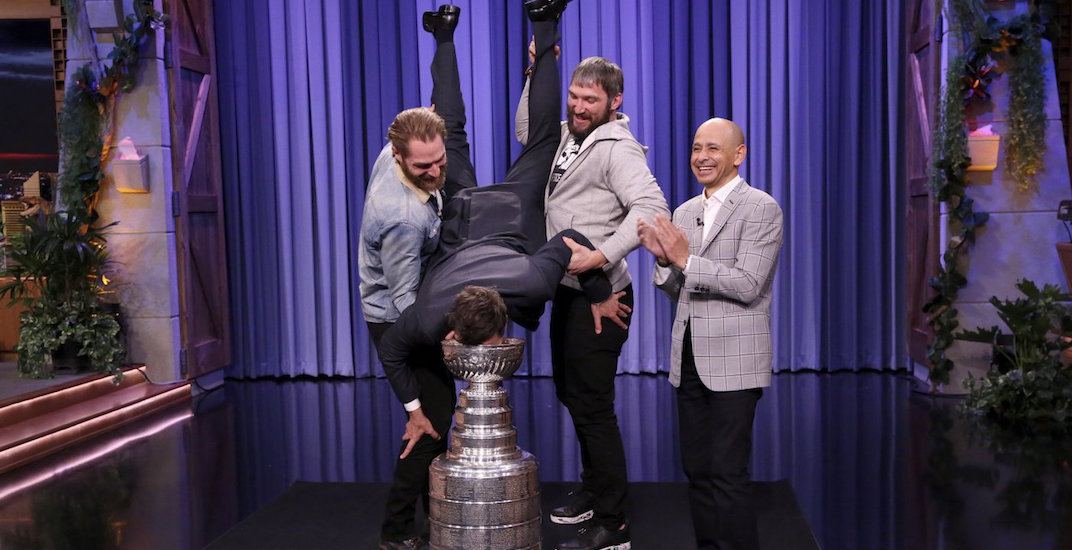 The Stanley Cup has been through a lot.

In 1987, Mark Messier damaged it while partying at a nightclub. Guy Carbonneau tried to throw it off a deck into a pool, but missed, in 1999.

Babies have soiled themselves in the Cup. Dogs have eaten out of it.

The Toronto Maple Leafs threw it in a bonfire in 1962. The New York Rangers had to pee on the Cup in 1940 to put out a fire they started in it.

And in 1924, it was forgotten on the side of the road by the Montreal Canadiens.

But never in the 125-year history of the trophy has the Stanley Cup been used for keg stands, until recently.

Perhaps no team in the history of the NHL has partied harder with the Cup than Alex Ovechkin and the Washington Capitals did this summer. As part of their rituals, they began ‘Cup stands,’ involving two people lifting someone upside down to sip out of it. It sometimes involved the sipper bracing themselves on the trophy, and that’s the part the league has a problem with.

Philip Pritchard, the guy with the white gloves who essentially acts as the Stanley Cup’s bodyguard, says he has advised players to stop doing keg stands off of it.

“We ask them politely not to do it,” Pritchard told the Washington Post. “We’re trying to preserve the history of the Stanley Cup. We don’t want any unnecessary damage to it or a person, in case they drop the person or he presses too hard or something.”

A number of Capitals players, friends, family members, and even Tonight Show host Jimmy Fallon have been seen doing Cup stands this summer. People seem to love it.

Nicklas Backstrom’s mom did a Cup stand in Sweden.

Not to be outdone, Chandler Stephenson’s mom did the same later in the summer in Prince George, BC. 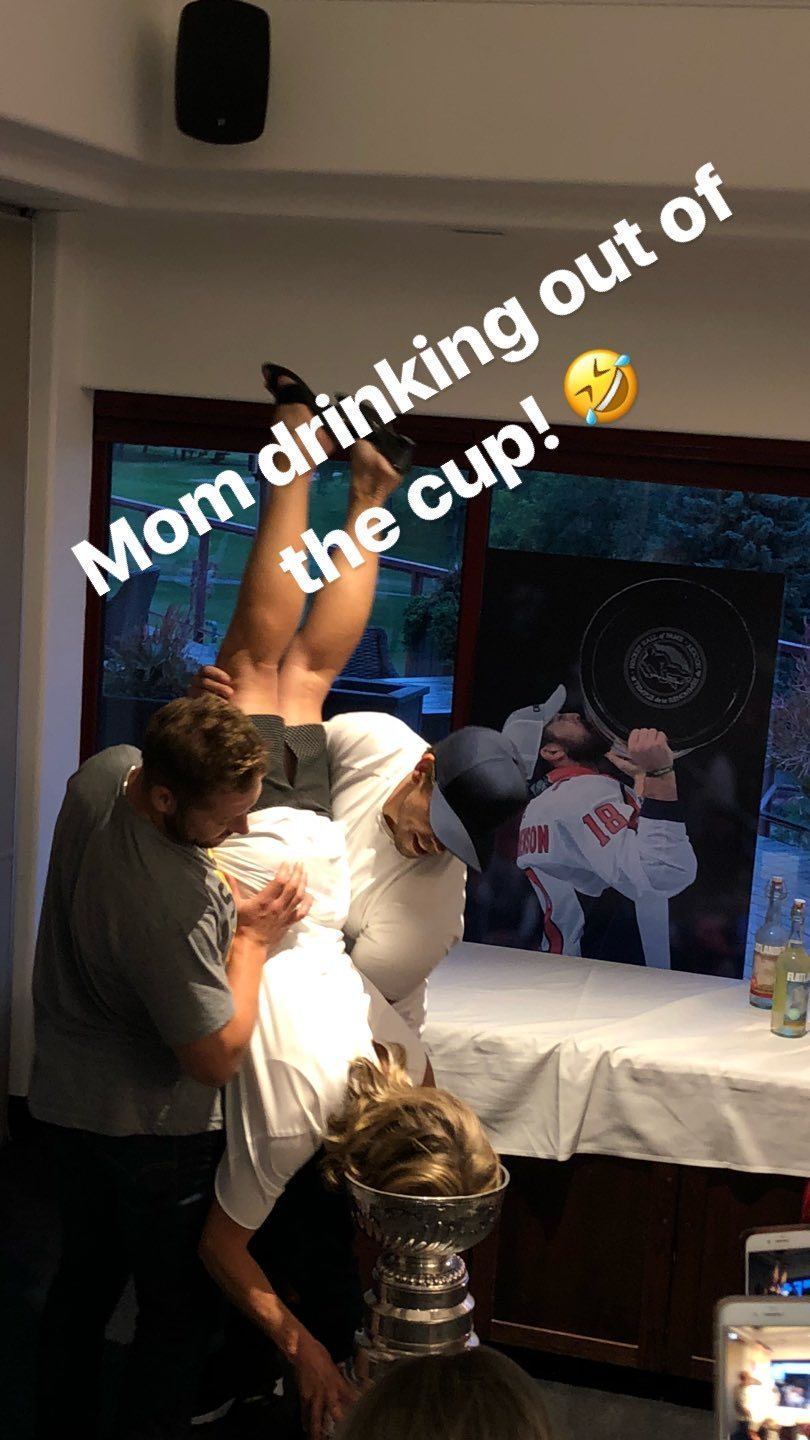 It is something different though, and if there’s one thing hockey hates, it’s breaking from the norm. That makes us wonder if the league is trying to protect the trophy or its image.

“Our biggest thing is respect for it,” Pritchard added.

The future of the Cup stand is in limbo, with a decision will likely be made by October. Perhaps a solution is to mandate that you can only brace yourself on the base of the trophy, as opposed to the more fragile lip of the Cup.