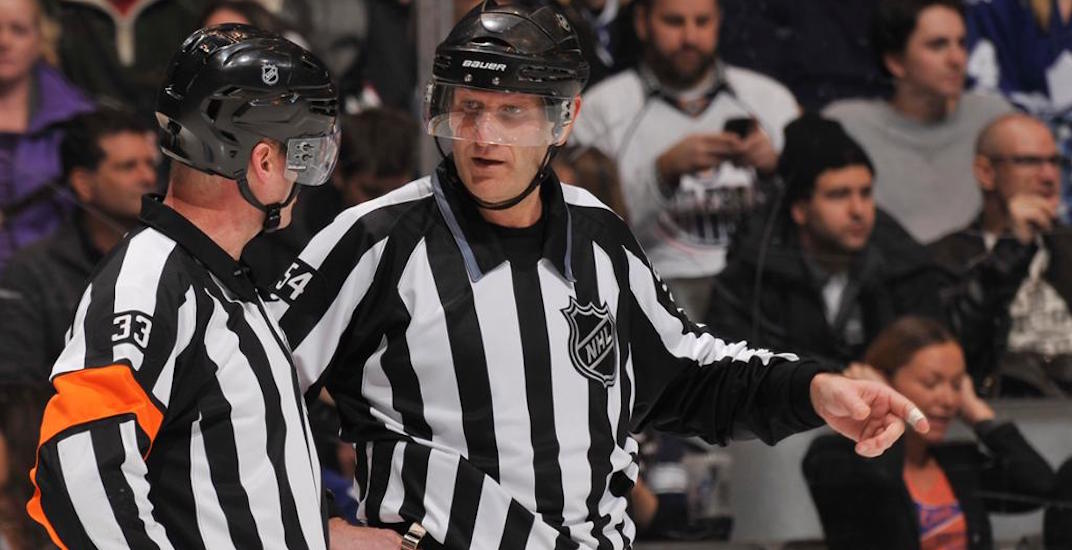 Being an NHL referee is not easy.

With high-level athletes speeding around the ice on razor-sharp blades, you have to be in great shape to keep up. Given that pucks can fly at up to 100 miles per hour, you’d better have great anticipation and quick reflexes too.

And then there’s the fact that you have to deal with everyone hating you.

It can be a thankless job except for, you know, a big pile of money.

An NHL job description was posted to Reddit this week, and it was interesting to see. Unlike players, NHL referee salaries aren’t always publicly available.

The job description below includes, among other things, a salary range. 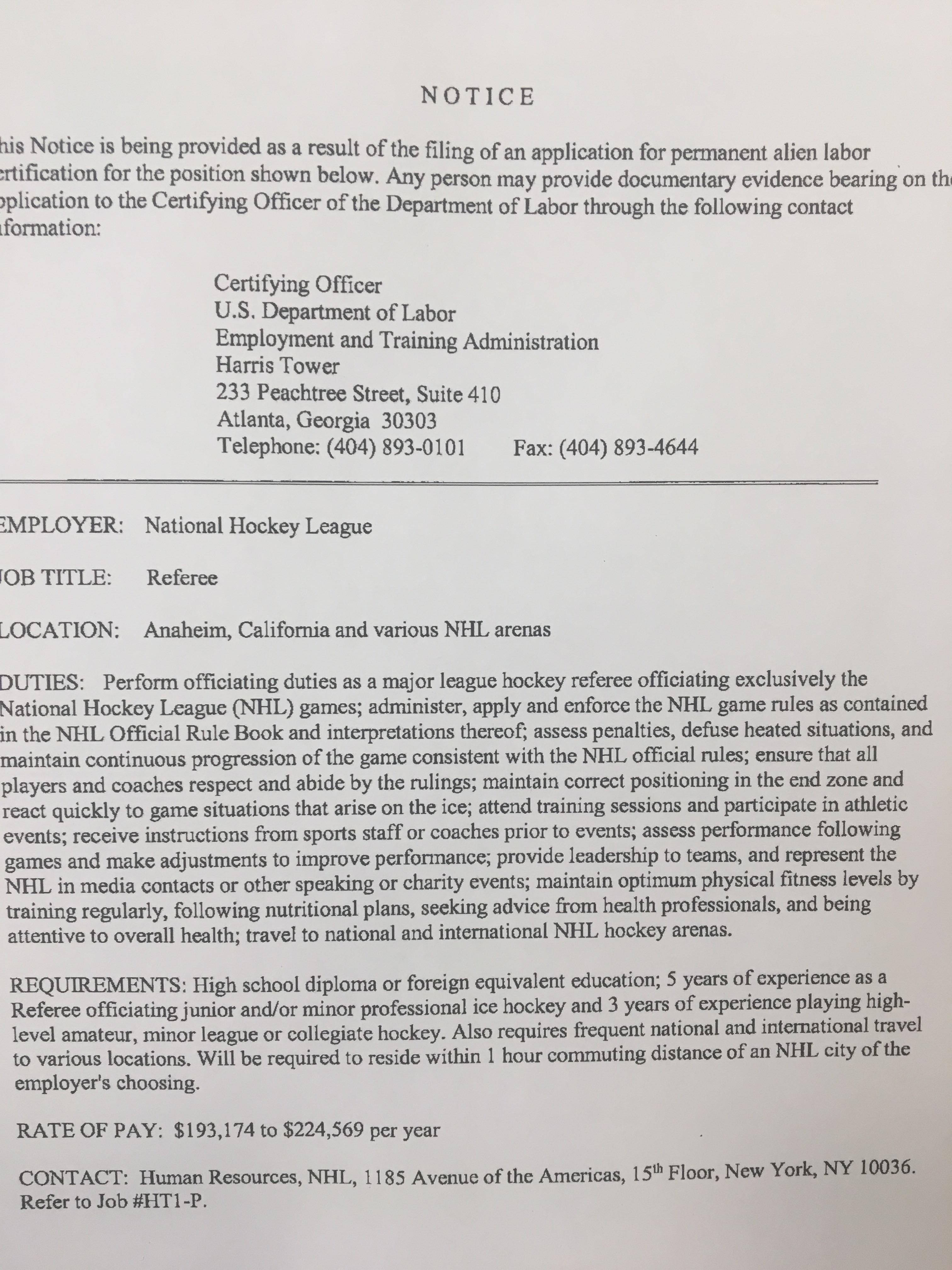 There aren’t many jobs that pay up to $224,569 USD per year (that’s approximately $293,370 in Canadian dollars) that require only a high school diploma in terms of education. Other requirements listed include five years of experience as a referee in junior and/or minor professional hockey and three years of playing high-level hockey.

While they never really get to play “home games” per se, NHL refs are required to live within one-hour commuting distance to an NHL city of the employer’s choosing – in this case, Anaheim.

While that’s a good chunk of change, NHL officials still make way less than the players they oversee. The minimum salary for an NHL player is currently $650,000, while the highest-paid player in the league will make $15.9 million next season.

Referees and linesmen are part of the NHL Officials Association, participating in collective bargaining with the league. NHL officials went on strike in 1993, looking for a bump in pay. Refs and linesmen in those days made just $50,000 to start, with 10-year veterans earning $80,000.