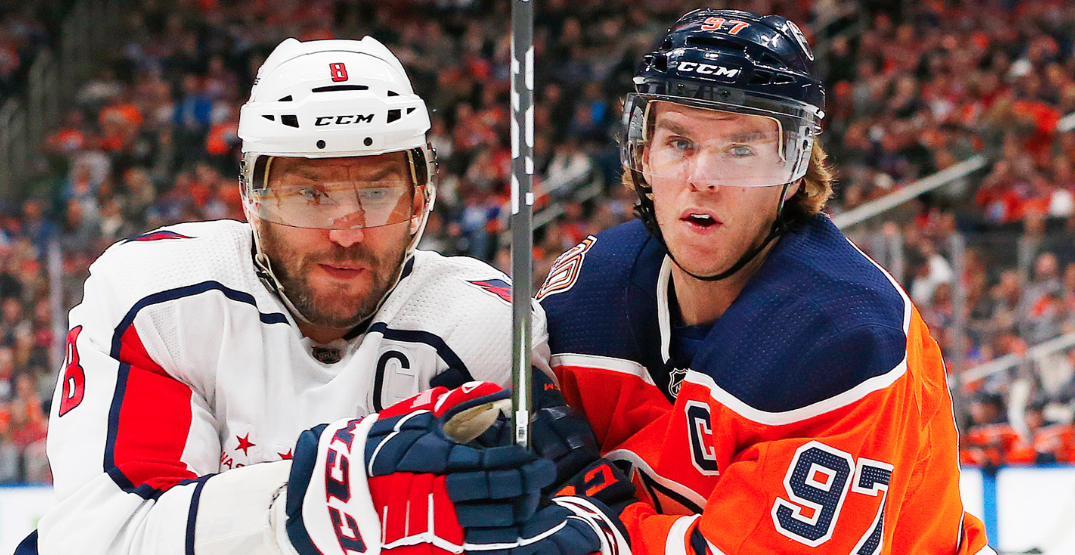 It wasn’t wrapped, but Connor McDavid still received a nice little present from the NHL on his 25th birthday.

McDavid was one of 40 players named to the 2022 NHL All-Star Game on Thursday, and he will serve as captain of the Pacific Division.

The Pacific Division boasts the most combined points by its skaters (278) and will see Alex Pietrangelo and Mark Stone represent the host @GoldenKnights alongside the NHL’s top-two point producers. #NHLAllStar #NHLStats

Auston Matthews of the Toronto Maple Leafs will serve as Atlantic Division captain. Nathan McKinnon of the Colorado Avalanche will wear the “C” for the Central Division, and Alex Ovechkin will captain the Metropolitan Division.

Leon Draisaitl will join McDavid on the Pacific Division entry. Thatcher Demko of the Vancouver Canucks was one of two goaltenders named for the Pacific Division, and Johnny Gaudreau will represent the Calgary Flames at the event for the sixth time.

Goaltender Jack Campbell will play alongside Matthews for the Atlantic Division, as will Nick Suzuki of the Montreal Canadiens and Drake Batherson of the Ottawa Senators.

Winnipeg Jets forward Kyle Connor will join McKinnon on the Central Division roster as the lone representative for the Winnipeg Jets.

The All-Star Weekend will take place at T-Mobile Arena, home of the Vegas Golden Knights, on February 4-5 and will include a skills competition and All-Star Game.

Jerseys for the 2022 NHL All-Star Game will have an old-school look https://t.co/0YV88Onojl

The rosters for each of the four divisions will consist of 11 players. One player is designated captain for each division as voted on by the fans during the 2022 NHL All-Star Game Fan Vote, and nine will be selected by NHL Hockey Operations.

One additional player will enter through Last Men In voting, which runs through 11:59 p.m. ET on Monday.

J.T. Miller is the Canucks’ representative on the “Last Man In” ballot, as is Matthew Tkachuk for the Flames. Darnell Nurse could enter from the Oilers, and Tyler Toffoli of the Canadiens and John Tavares of the Maple Leafs could also get voted into the game.