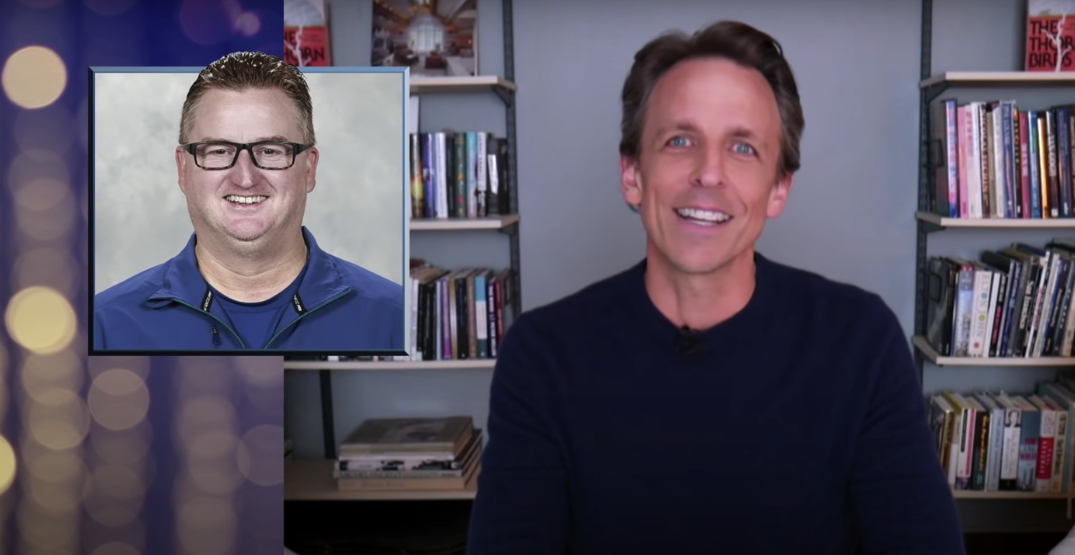 As in, Late Night with Seth Meyers.

In his segment The Kind of Story We Need Right Now, Meyers highlighted the miraculous story of how Popovici somehow spotted a cancerous mole on the back of the neck of Hamilton during a Canucks-Kraken game on October 23, which he credits with saving his life.

“It’s nearly impossible to get good medical care in America, and Nadia’s at a hockey game, just giving it away for free. She doesn’t have to do that,” Meyers joked in the segment.

“Also, do you know how focused you have to be to spot something as tiny as a weird mole in an arena full of drunk people watching a series of fistfights between people with razors strapped to their feet? A hockey game is a health professional’s nightmare.”

The internet community helped us find Brian's hero, Nadia, and tonight they met in person where he got to express his sincerest thank you to her for saving his life.

A story of human compassion at its finest. pic.twitter.com/66ogo5hB1a

The story has made worldwide news.

In Canada, the pair was interviewed for a story on The National on CBC. Nadia and Red were interviewed on the NBC Nightly News with Lester Holt as well as CNN’s New Day morning show in the United States.

Websites like the BBC, The Guardian, and the Daily Mirror in the UK, and The New York Times in the United States have also featured the incredible story.

The story has also been shared in Spain, Germany, Italy, Brazil, Nigeria, Iran, India, Russia, Taiwan, Japan, and Australia, among other countries.