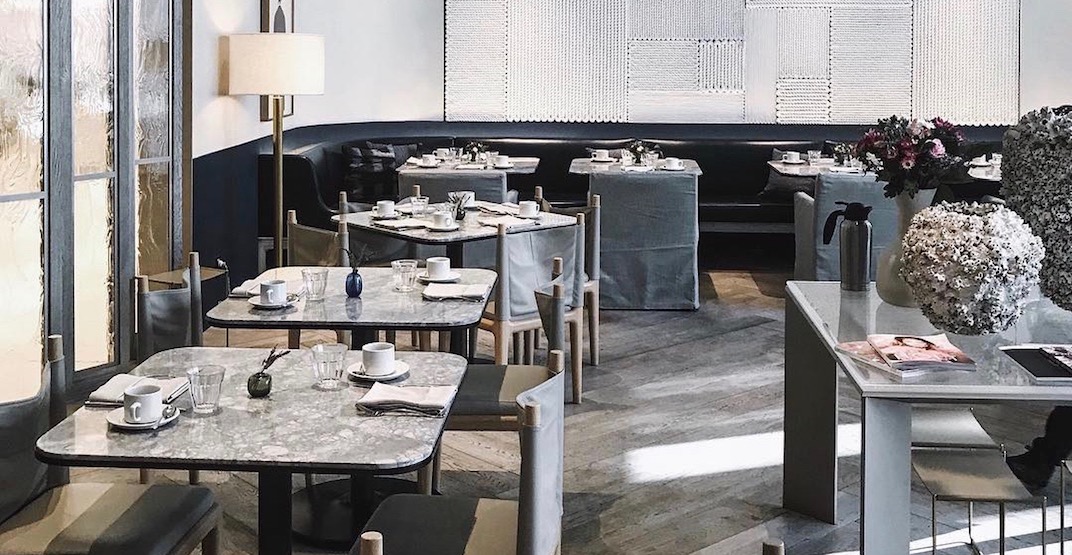 April is going to be one delicious month.

Whether they’ve recently opened, or they are about to – all of these spots are new and noteworthy, and we can’t wait to chow down all month long.

Here are 14 new restaurants to try in Vancouver this April.

One of the North Shore’s favourite casual foodie spots, Bluhouse Market & Cafe, just opened their brand new second location called Bluhouse Eatery. Lovers of this spot’s crepes, smoothies, baked goods, and bowls can now head to the space located at #101 173 Forester Street in North Vancouver to get in on their quality organic and local eats.

The first of two new Caliburger locations is open at the SFU Burnaby campus. The opening signals a return of the thick, boozy shakes, the greasy burgers, and heaps of wild fries (Caliburger’s take on animal fries).

They’ve had it in Toronto for years, but the Colette Grand Café just opened the doors to its first location in Vancouver this past month.

One of Vancouver’s busiest taco spots, La Taqueria on Hastings Street, officially opened the doors to their newly-renovated space this month. The Gastown eatery shut down operations from November 24, 2017, to early March 2018 in order to implement a big refresh and a major glow-up.

There’s a new plant-based eatery in Kits. Pitchfork is located at 1941 Cornwall Avenue, right next to popular local haunt the Corduroy. The new eatery replaces another vegetarian restaurant that formerly operated in the space, Planet Veg.

There’s a new place in Vancouver to get authentic Chinese noodle soup, and it just opened on March 3.

The new cozy Moroccan restaurant is located in the former space of the Acme Cafe at 51 Hastings Street, which shuttered in November of last year.

Wakwak Burger just recently resumed activity on their Facebook page for the first time in almost a year and a half and posted that they would finally be back. This their epic $2.85 burger is returning, and we can only hope that they’ll be here to stay.

The newly-renovated local pie purveyor announced they will definitely be open next week on Good Friday from 11 am to 5 pm. The Pie Shoppe is now taking pre-orders for pies to be picked up from Friday, March 30 to Sunday, April 1.

This new social hub is located in the lobby of the Civic Hotel, which is all about celebrating the idea of “Unity in a Community of Nations.” The restaurant is aiming to open officially on March 21, the same day as the hotel.

Soft Peaks has rebranded for this spot, so expect a new look along with their signature menu of soft-serve creations, milkshakes, frozen bars, and hot chocolate. We can’t wait to step into this 36-foot space come opening day – which has yet to be determined. But Soft Peaks told Daily Hive it’s likely to be the end of March.