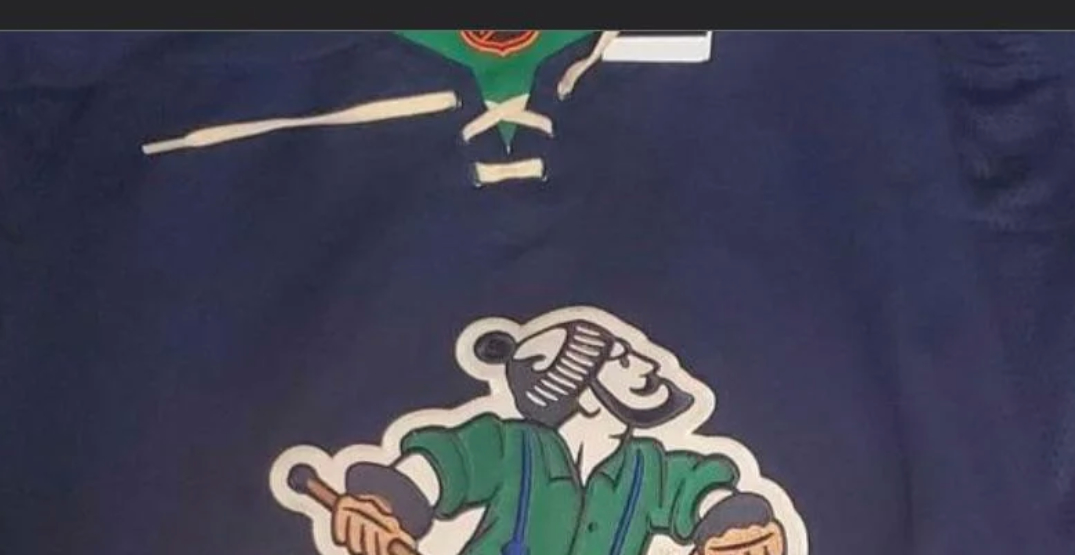 The unusual post has been making its round on social media, depicting what appears to be a ‘Johnny Canuck’ style navy blue jersey featuring green and white trim, including alternating stripes at the bottom and white laces at the top.

I haven’t been able to confirm authenticity yet, but this does appear to be the #Canucks Reverse Retro 2.0 jersey design.

Link to an item being sold on Facebook was sent in by a couple of readers tonight. pic.twitter.com/58dLMouoE6

The listing shows the jersey complete with a tag which reads ‘VCA RR 22,’ an indication that it could be the reverse retro jersey program for Vancouver.

The jersey, it appears, could be based on the 1962-63 Vancouver Canucks from the old Western Hockey League and Pacific Coast Hockey League. The team, which used a red and blue scheme, won two PCHL championships and four WHL titles, and were in operation from 1945-1970.

The most interesting twist might come from the fact that the jersey displays the old orange NHL crest used from 1946-2005. The orientation of the lettering, however, is that of the current silver logo used by the league.

It was confirmed the reverse retro series was making a comeback in January.