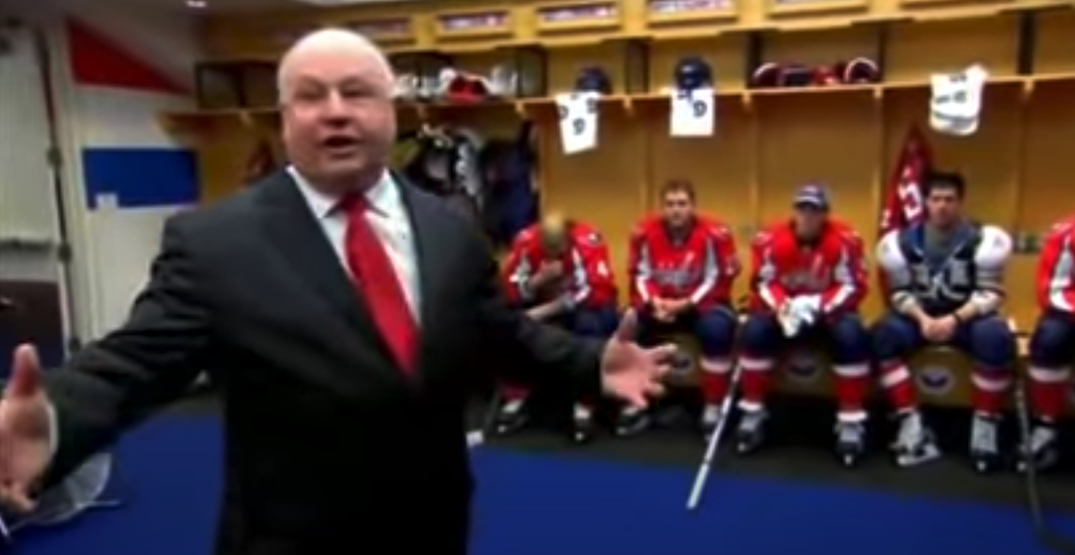 It’s rare to truly get a peek behind the curtain of an NHL team.

Players, coaches, and management are guarded with the information they reveal to the media, which often leads to tired, cliche answers.

Bruce Boudreau is not a cliche machine. In fact, the new Vancouver Canucks bench boss is one of the most engaging personalities in the game.

Hockey fans got the chance to see what Boudreau was like behind closed doors 11 years ago, when the Pittsburgh Penguins and his Washington Capitals were featured in HBO’s 24/7: Road to the NHL Winter Classic.

The all-access documentary series featured both teams in the lead up to the Winter Classic on January 1, 2011. Boudreau’s Capitals went on an eight-game losing streak in December of that season, while the Penguins had a 12-game winning streak in November and December.

Consequently, the juxtaposition of Boudreau and then-Pens coach Dan Bylsma couldn’t have been more different.

Here’s one of the most famous clips from the series, where Boudreau rips into his team during the intermission. The video features 15 F-bombs in one minute.

Boudreau said later that his mom got mad at him for the number of swear words he used.

“It was a passionate speech. It wasn’t anything that I’m sitting there and manufacturing up the word, just to say the word,” Boudreau said. “When you’re talking with passion, sometimes I don’t know what’s coming out of my mouth, quite frankly.”

Boudreau was arguably the biggest star of the series, and it included cameras following him going Christmas shopping at the mall with his boys.

“The part that ticked me off the most was when they started showing their coach and me,” Boudreau later joked, pointing out how he and Bylsma were portrayed in completely different lights. “They wanted us to look bad.”

Despite the portrayal, Boudreau has gone on to have a much more successful career than Bylsma since the HBO series. The 66-year-old has an all-time coaching record of 567-203-115 and is currently the 22nd-winningest coach in NHL history. Bylsma is currently an assistant coach for the AHL.