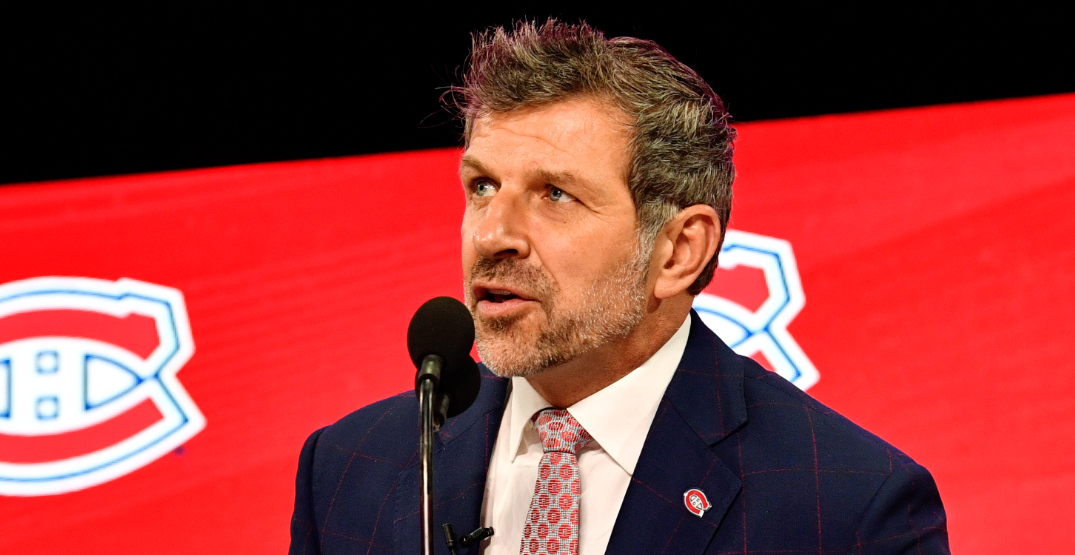 A search for new “hockey operations leadership” is underway for the Vancouver Canucks after the team shook up its front office on Sunday.

After 7+ years in charge, Jim Benning was fired as general manager. Travis Green, who was in his fifth year as head coach, was also let go. Longtime assistant general manager John Weisbrod, as well as assistant coach Nolan Baumgartner, have also been relieved of their duties.

Bruce Boudreau has been announced as the team’s new head coach, but the Canucks are currently without a full-time general manager.

So let the rumours begin.

Ryan Kennedy of The Hockey News is reporting today that the Canucks are “very interested” in Marc Bergevin.

Bergevin was fired last week by the Montreal Canadiens, after a nine-year run as the Habs’ GM. Perhaps he won’t be out of work long.

Bergevin also has front office experience with the Chicago Blackhawks, serving as a scout, assistant coach, director of player personnel, and assistant general manager between 2005 and 2012.

The Montreal native played 1,191 NHL games as a defenceman, including nine regular season games with the Canucks at the end of his career.

Until a new executive is hired, Stan Smyl will serve as the Canucks’ interim GM, with Ryan Johnson working as his assistant. Chris Gear, Daniel and Henrik Sedin, and Doug Jarvis will also provide support in hockey operations.