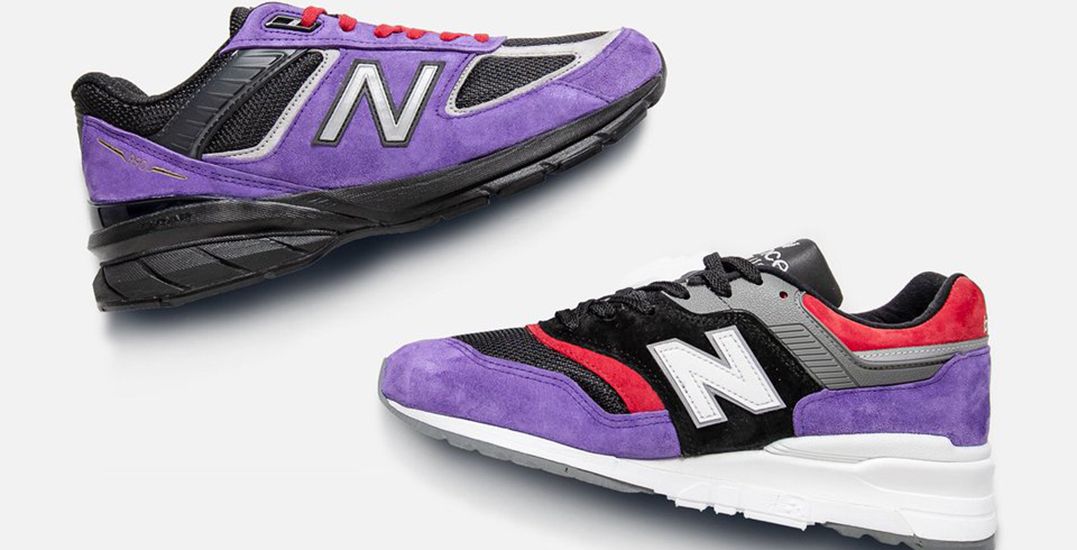 Raptors fever (and their apparel) is stronger than ever.

Whether it’s Championship hats, jerseys, or ‘Board Man Gets Paid’ shirts, fans can’t seem to get enough of the Toronto Raptors.

So much so, that fans (or, perhaps, sneaker resellers) managed to crash the New Balance website.

Earlier this morning, New Balance took to social media to announce the release of a Raptors-edition sneaker.

Up for pre-order was a pair of Special Edition 997s and 990v5s in purple, black, and red, to commemorate the Toronto Raptors winning their first-ever NBA Championship.

The pre-order opened on the New Balance website at 11 am EST, in both the United States and Canada.

And, almost unsurprisingly, the website crashed, due to a mass number of users trying to pre-order the sneakers.

Within minutes, the shoes (and the website) were gone, with some thousands of potential buyers wondering what happened.

The LE shoes were gone within minutes – as you would expect – and the website crashed. Will New Balance’s marketing strategy miss the boat? It’s been 7 months since Leonard signed and this buying euphoria will be over by the time Asian-made OMN1Ss arrive a year after the fact. pic.twitter.com/jesDE4CSKO

It’s not the first time that this has happened either.

So, for those that are still dying to get their hands on these sneakers, where can they go?

The next best bet would be trying to find them on a secondary market, such as eBay or StockX, a popular sneaker and streetwear resale website.

Just don’t expect to pay anywhere near retail for them.