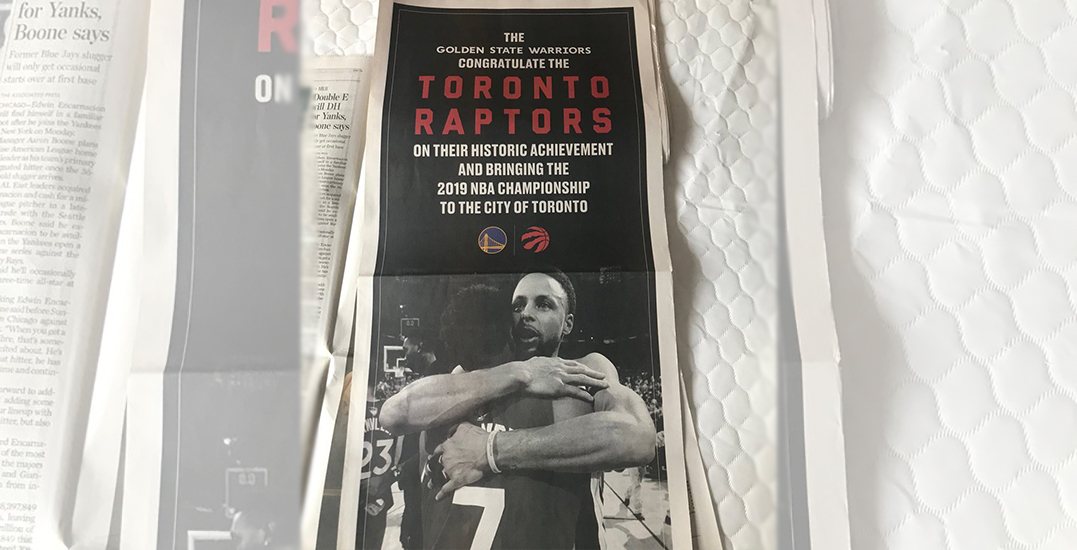 Just days ago, the Toronto Raptors won their first-ever NBA Championship against the Golden State Warriors.

Less than a week later, and on the day of Toronto’s victory parade, the Warriors showed tremendous class to the Raptors and the entire city of Toronto.

The team took out a full-page ad in Monday’s copy of the Toronto Star to congratulate the first-time champions.

“The Golden State Warriors congratulate the Toronto Raptors on their historic achievement and bringing the 2019 NBA Championship to the City of Toronto,” reads the ad.

In black and white, is a photo of Toronto’s Kyle Lowry being congratulated by Golden State’s Steph Curry.

Class move from ⁦@warriors⁩ taking out a full-page ad in Monday’s ⁦@TorontoStar⁩ to wish #Raptors a Mazel Tov on their NBA title. #WeTheNorth pic.twitter.com/X2DexNpONq

Talk about a classy move.