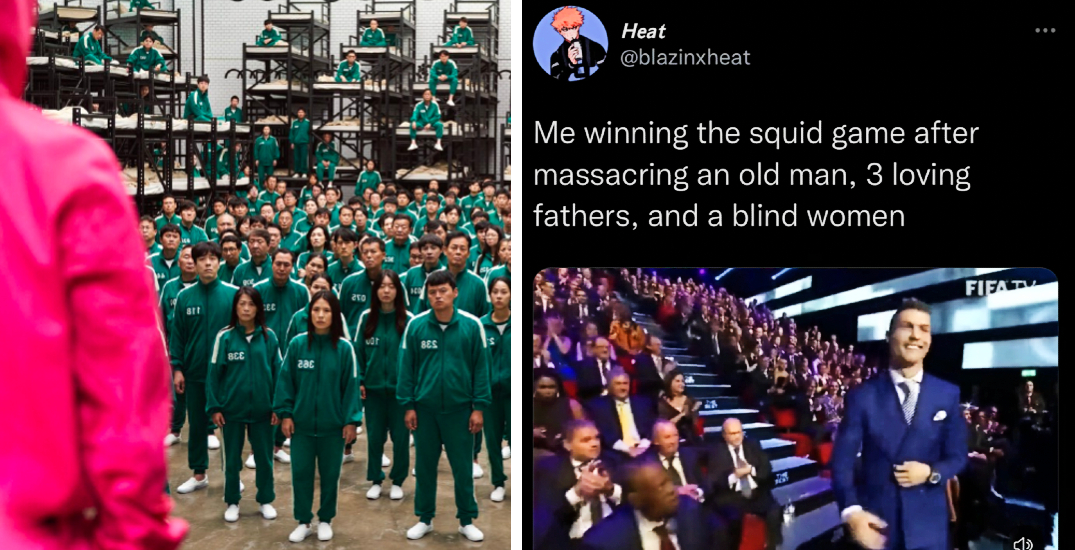 If you watched the hit Netflix show Squid Game, did you ever find yourself wondering what you would have done if it was your reality?

Well, be careful what you wish for.

Netflix has announced that it is turning the series into a ten-part reality show called Squid Game: The Challenge.

Do you want to play a game? Enter to join Squid Game: The Challenge at https://t.co/MaXfZnqmvb pic.twitter.com/6gYLXlplDC

The competition will have 456 contestants, just like the original show. But due to the nature of Squid Game — a dystopian satire that shows the depths of desperation capitalism can push people to — many are pointing out the irony of creating something like this in real life.

In short, Netflix is getting dragged.

I don’t think I’ve ever seen the moral stance of a show so completely misunderstood by the general public like Squid Game has been https://t.co/VX7uEeSAGD

“I don’t think I’ve ever seen the moral stance of a show so completely misunderstood by the general public like Squid Game has been,” said podcaster Gene Goldstein.

Others jested about how the show originally kills off all non-winners.

netflix is about to kill 455 innocent people https://t.co/LinKqsnNgd

Me winning the squid game after massacring an old man, 3 loving fathers, and a blind women https://t.co/W8tXxnibl0 pic.twitter.com/gpU7SWUGLX

Following the format, there’s going to be a huge sum of prize money to motivate the contestants — the heftiest prize on a reality show yet, a whopping US$4.56 million in cold hard cash.

hwang dong-hyuk: in my show i invented the Squid Game as a cautionary tale

“Squid Game took the world by storm with Director Hwang’s captivating story and iconic imagery,” said Netflix VP of Unscripted and Documentary Series Brandon Riegg in a statement. “We’re grateful for his support as we turn the fictional world into reality in this massive competition and social experiment.”

He added that fans are in for an “unpredictable journey” following real-world contestants battling it out with twists, turns, alliances, and strategies, for all that dough.

Honestly, it’s all ringing quite tone-deaf and the irony has escaped no one.

WTF is this? Squid Game was a savage critique of capitalism and the exploitation of so many who struggle to survive… Now Netflix wants to shamelessly cash in (again) and make a real game with people desperate for money and fame. It shows the complete opposite: capitalism wins. https://t.co/ZHV9STbvNm pic.twitter.com/UhgIEO51HJ

how did they miss the point of squid game this monumentally bad https://t.co/mxXdhN5jyd

i’m cracking up. squid game was such a clear condemnation of capitalism and netflix was like fuck it we ball https://t.co/DfvzOJyM37

Squid Game: The Challenge will be filmed in the UK.

If you’d like to try your luck, recruitment for contestants is now open at SquidGameCasting.com. For this round, they’re only looking for English-language speakers, but you can be from any part of the world.

But if you’d just like to continue watching the original Squid Game (ya know, the scripted kind), you’re in for a treat. Earlier this week, Netflix announced it will be renewing the show for a second season.