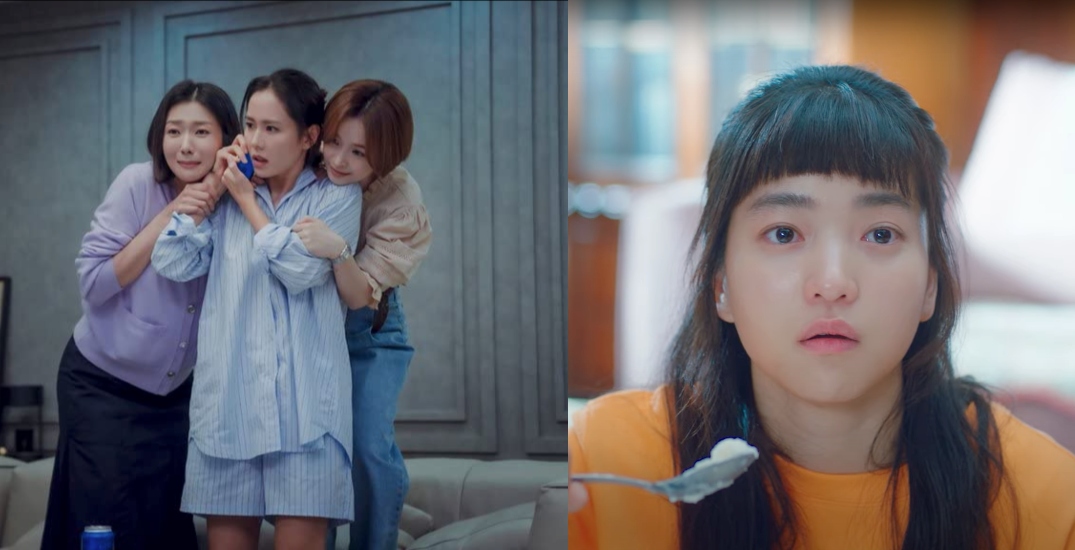 Last year, Netflix announced that the company was embracing hallyu (Korean wave) by investing US $500 million in Korean content. Since then, the streaming site has hit it big with shows like Vincenzo, Sweet Home, All of Us Are Dead, and, of course, the massively popular Squid Game.

Netflix is keeping up that momentum with new shows for kdrama fans and newbies alike. From a charming coming-of-age show set in the ’90s to a dark courtroom drama, here are some of the latest must-stream shows. If you prefer to binge-watch, keep in mind that most of these shows are ongoing, with new episodes dropping every week.

It’s been compared to Sex and the City but rather than complaining about their love lives over brunch, the trio of friends in Thirty-Nine do so in restaurants over bottles of soju. It’s hard enough being single at almost 40 with parents nagging you to get married, but things get more complicated for friends Cha Mi-jo (Son Ye-jin), Jeong Chan-young (Jeon Mi Do), and Jang Joo-hee (Kim Ji-hyun) when they receive news that will change their lives in unexpected ways. Make sure you have a box of tissues handy.

Teen Na Hee-do (Kim Tae-ri) is a fencing prodigy and the ultimate fangirl. She’s obsessed with gold medalist fencer Go Yoo-rim (Bona) and executes a series of half-baked plans to get expelled and transferred to Yoo-rim’s school. But, as the saying goes, never meet your heroes, because things don’t exactly go as planned. Along the way, Na Hee-do befriends Baek Yi-jin (Nam Joo-hyuk), a young man who suddenly finds himself all alone after his family goes bankrupt during the IMF crisis. Set in the fiercely competitive fencing world in the ’90s, expect to see a lot of chunky cell phones and shoulder pads.

After her engagement to a coworker comes to a very public and embarrassing end, senior forecaster Jin Ha-kyung (Park Min-young) vows never to date anyone in the office again. But when Lee Shi-woo (Song Kang), a junior forecaster, joins her department, Ha-kyung finds herself in a situation that’s as unpredictable as the weather. In addition to the complications of an office romance, the show takes an in-depth look at the inner workings of a meteorological office and what it takes to issue weather advisories.

The show is set in the dark world of juvenile court, with Judge Shim Eun-seok (Kim Hye-soo) presiding over cases of young offenders. Some of the juvenile offenders include Woo Seol-ah (Jo Mi-nyeo), a pickpocket, and Kwak Do-seok (Song Deok-ho), a minor involved in a driving accident. Judge Shim Eun-seok has a reputation for being cold and distant and openly despises juvenile offenders. “We need to show them how scary the law is!” says Eun-seok. “We need to teach them that there are consequences when they harm others.” Juvenile Justice is a gripping drama inside and outside the courtroom.

Shin Ha-ri (Kim Se-jeong), a food development researcher, agrees when a friend offers to pay her to scare off a blind date with a prospective marriage partner. Things go awry when Ha-ri shows up pretending to be her friend, only to realize that she’s on a date with her company’s newly appointed president, Kang Tae-mu (Korean-Canadian actor and singer Ahn Hyo-seop). Like a lot of K-dramas, Business Proposal is based on a webtoon with the same title.