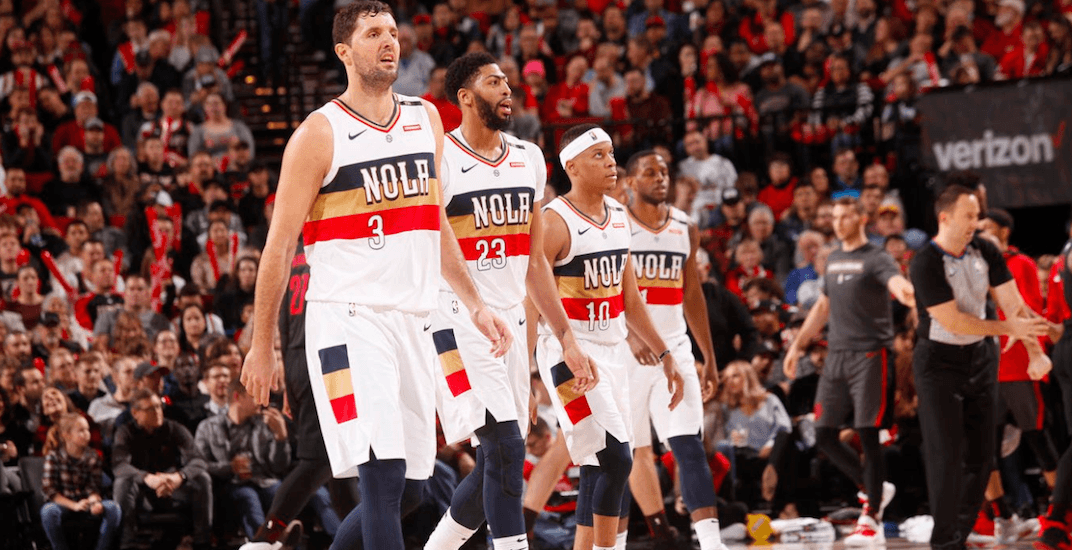 If the NBA’s New Orleans Pelicans need a new home, Vancouver is one of the favourites to land them.

That’s according to online gambling giant Bovada, which currently lists Vancouver with the third-best odds to acquire the franchise, should it relocate to a new city before the 2020-21 season.

Odds for a potential New Orleans Pelicans relocation if done before the start of the 2020-2021 NBA season (Bovada):

Many listed match a 2017 report which indicated that Seattle, Mexico City, Louisville, Las Vegas, and Vancouver were on a short list of cities the NBA was considering for future expansion.

The gambling odds coincide with the news that the Pelicans’ star player, Anthony Davis, has requested a trade.

The NBA has had a shaky existence in New Orleans, to say the least.

Just three years after the Charlotte Hornets relocated to the Big Easy in 2002, New Orleans was devastated by Hurricane Katrina.

The New Orleans Hornets, as they were known then, were forced to play a majority of their home games in Oklahoma City for two seasons before returning to Louisiana in 2007-08.

In 2010, the NBA took control of the franchise while it searched for a new owner and Vancouver Canucks owner Francesco Aquilini was reportedly interested in buying them. Tom Benson, owner of the NFL’s New Orleans Saints, eventually purchased the team and later renamed them the Pelicans.

The Pelicans have struggled at the box office, averaging just 15,755 fans per game this season. That puts them 25th in the league in average attendance, the same spot they were in last season when they were a playoff team.

Complicating matters further, Benson died in March last year. Rumours are swirling that his widow Gayle, who now owns the team, might be willing to sell. The team’s future in New Orleans had been in limbo for years, even before Benson’s death.

Seattle has long been seen as the frontrunner to get another NBA team, something that was solidified with the reconstruction of KeyArena.

New Orleans might not be the only team on the move though.

Several prospective ownership groups are watching the Memphis Grizzlies, according to a report by ESPN. The same franchise that called Vancouver home from 1995 to 2001 also has an uncertain future. Drawing just 15,462 fans per game, they rank 26th in average attendance and are a relocation candidate.

Also in play may be the Phoenix Suns, who rank second last in average attendance (14,811) and whose owner threatened to move the team to Seattle or Las Vegas just last month.