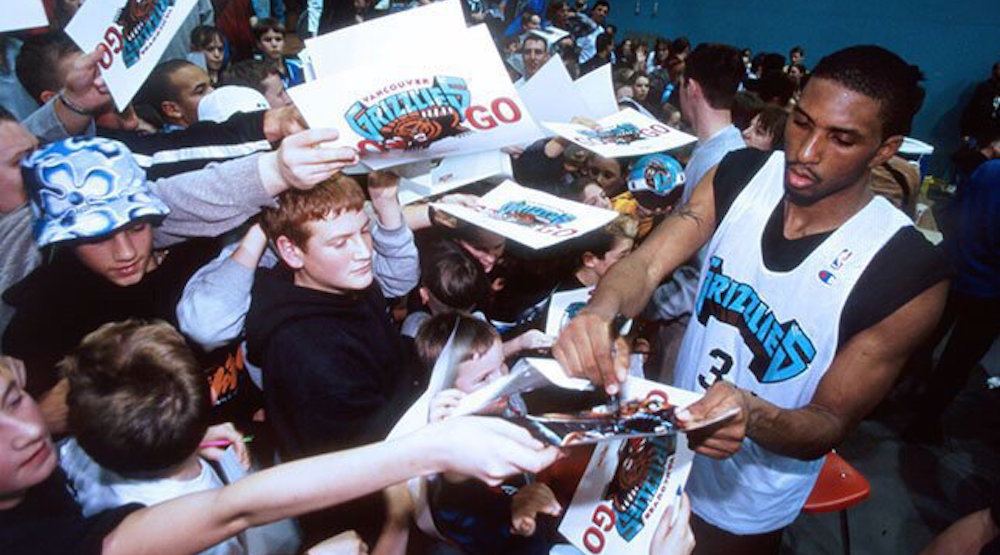 The NBA is getting serious about expansion, and I think you’ll find their shortlist rather intriguing.

The basketball blog 16 Wins A Ring broke the story this week that the NBA is interested in expanding by two new teams as early as 2018-19, although 2019-20 is more likely.

“Sources have told 16 Wins a Ring that expansion is being talked about more seriously at this point than at any other time recently. The league’s first priority was to complete the CBA, but with the game in such a healthy place monetarily, and the talent level higher than it ever has been, expansion is now the focus of the league office.”

Seattle and Mexico City were listed as the frontrunners, with Louisville seen as the third option at this moment.

“They (Vancouver) are clearly fifth on the list from what our sources indicate,” author Kevin Smith said on an appearance on TSN 1040 this week.

“Vancouver is a place that the NBA is interested in having a team back in,” Smith continued. “They’re trying to figure out a way to make that happen at some point in the future.”

Former NBA commissioner David Stern said in 2009 that he regretted how the league handled Vancouver and new commissioner Adam Silver is said to have motivation to right a wrong with cities who have lost franchises.

That’s exactly what happened in 2002, the last time the NBA expanded, when they put a team back in Charlotte two years after losing the Hornets to New Orleans.

While Vancouver isn’t a frontrunner at this point, there are a number of factors working for the former home of the Grizzlies.

First, as Smith told TSN, the NBA is keen to grow the league internationally. Vancouver is not only important for that given it’s in another country from most of the league, but also because of our role as a gateway to Asia.

Second, as the article states, the NBA would ideally like their two new teams to be added to the Western Conference, paving the way for Memphis to move to the East. So while Seattle, Mexico City, and Las Vegas fit well geographically in that framework, a team in Louisville, Kentucky would not.

Third, Vancouver appears to have an interested buyer. The Aquilinis, who own the Vancouver Canucks and Rogers Arena, have been linked to the NBA a few times over the last few years.

Seattle, a large city that loves basketball and is hungry for the NBA to return, is clearly the most desired place for a franchise. But our neighbours to the south still don’t have an NBA-ready arena. If there are complications getting that built, the shortlist goes from five to four.

Mexico City clearly helps with the league’s desire to expand their footprint internationally, but it also has the most complications. If players were culture shocked coming to Vancouver during the days of the Grizzlies, how excited will free agents be to go to Mexico City? I imagine we’d see pouting like we’ve never seen before with their first draft pick.

When the Grizzlies left town in 2001, Vancouver was left with a very bitter taste in its mouth. It took a while for that to go – and let’s be honest, some of that bitterness is still there – but time heals a lot of wounds.

The Raptors are proving that a team in Canada can not only exist, but thrive, and that only helps Vancouver’s case. Sold-out crowds filled with boisterous fans for preseason games in recent years helps as well.

Not many people believed that the NBA would ever come back to Vancouver when they left, but as they say, where there’s smoke, there’s fire.