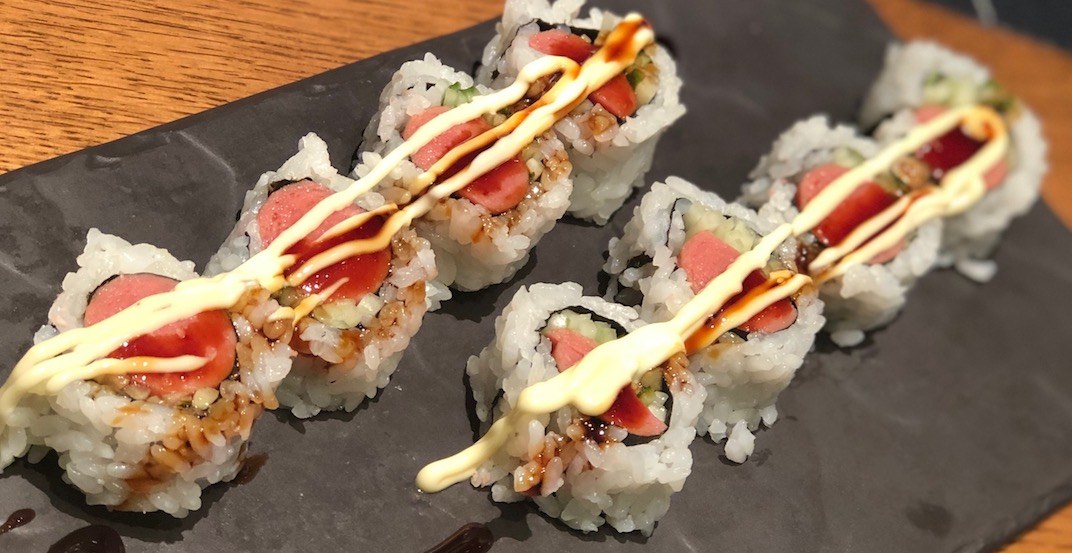 Just when you think Canada has reached its peak of doing questionable things to sushi, Nat Bailey came in and dropped the mic.

The 4601 Ontario Street stadium released its newest creation, Hot Dog Sushi, and it will be available on the ballpark menu for the upcoming season.

The stadium is asking for the public’s help in naming the new offering, and the winner will get four tickets to a Vancouver Canadians regular season home game, dinner for four at Coast Restaurant, and they’ll get to throw out the game’s ceremonial first pitch.

This contest starts today and ends May 28 at 5 pm, be sure to send in your submission by email at [email protected] or via social media @vancanadians.