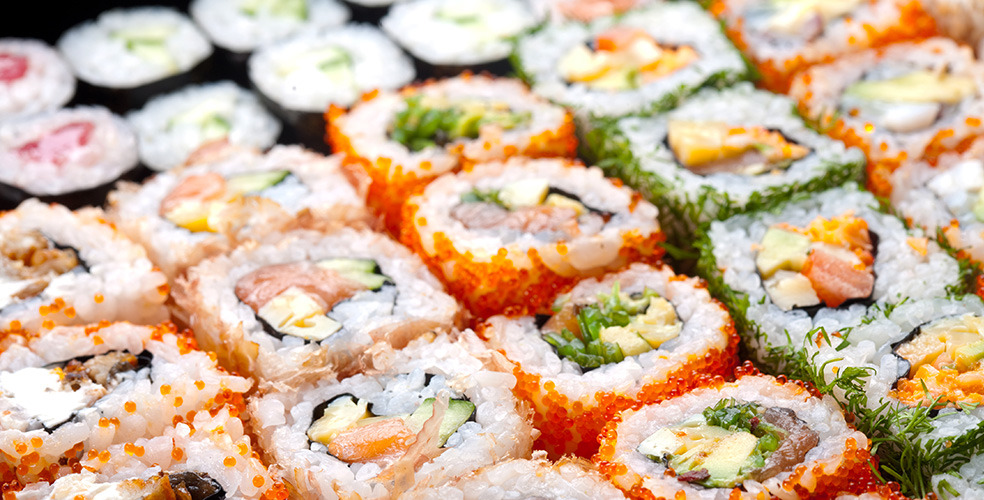 Here in the west, however, it’s become a blanket term for any assemblage of raw fish, rice, and discretionary seaweed.

Are these bastardizations of Japanese cuisine or products of Canadian ingenuity and an irreverent appetite?

All You Can Eat Sushi 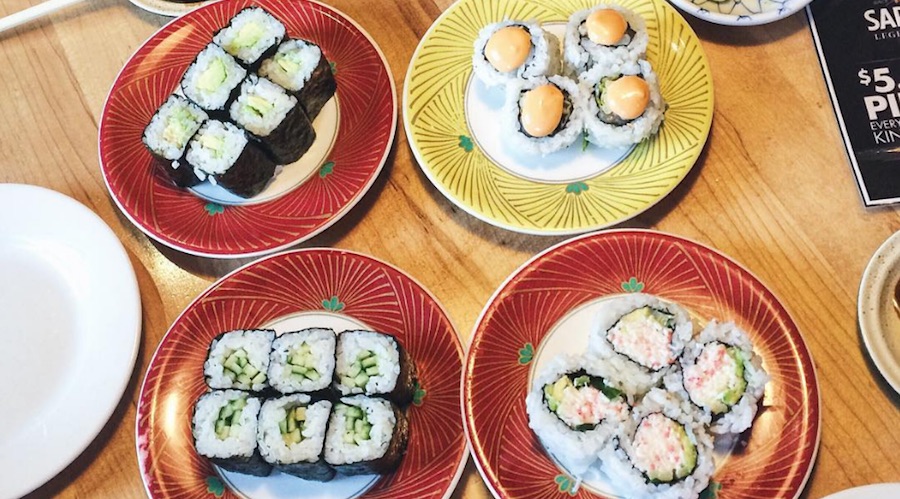 Before we get into specific atrocities committed against this humble cuisine, AYCE sushi has to get a mention. Quantity over quality. With few exceptions, that’s the mantra of these unlimited sushi establishments. It sounds great, but is it? Is it really? What would Jiro think?

Kind of like how General Tso isn’t really a thing in China, and exactly how Hawaiian pizza has no roots in Hawaii, California Rolls aren’t really all that big in Japan. Claiming responsibility for the inverted avocado-imitation crab sushi roll-up is Vancouver Chef Hidekazu Tojo (circa 1970). His restaurant, Tojo’s, is still open in Vancouver today.

The origins of these prolific deep-fried, panko-crusted, rice patties topped with fish are murky, though a 2008 Chowhound thread attributes the invention to a sushi bar in Montreal. Regardless, this delicacy is EVERYWHERE. Find it on countless menus across Toronto (Sushi on Bloor, Ni Ji, and Japango, to name just a few), and even in Vancouver as of late. 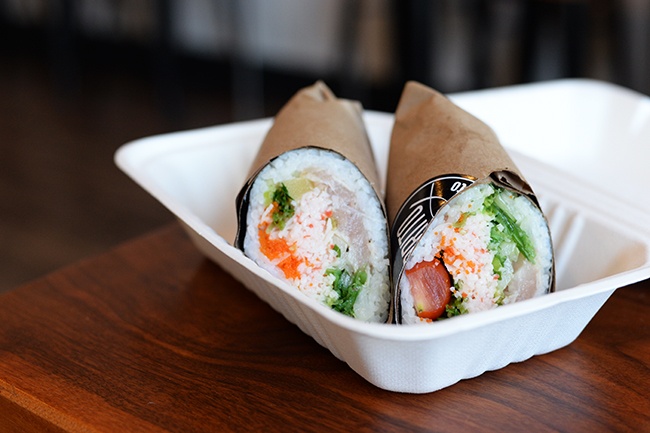 While not invented in Canada, the whole nation seems to have taken to this trend which dispenses with delicate chopsticks and lets diners just manhandle massive maki rolls. Find them in Vancouver at Pokerrito, in Montreal at Moushi, in Calgary at Poke YYC, and at a multitude of eateries in Toronto.

It doesn’t get more Canadian than Poutine, so it was inevitable it would get combined with sushi. Geneviève Everell owner of Montreal catering company Sushi à la Maison serves up rolls of duck confit and french fries topped with cheese curds and gravy.

Tex-mex meet sushi: match made in heaven? Sushi Nachos are fusion food brought to the extreme. Nique Restaurant in Hamilton does a rendition with tuna, meanwhile, Toronto’s Rollipub does a version with sashimi and jalapeños.

AKA doshi, the sushi doughnut can be devoured at Square Fish in downtown Toronto. To the untrained eye this might just look like a sushi pizza, but there’s a hole in the middle presumably to tap into every Canadian’s obsession with Tim Hortons.