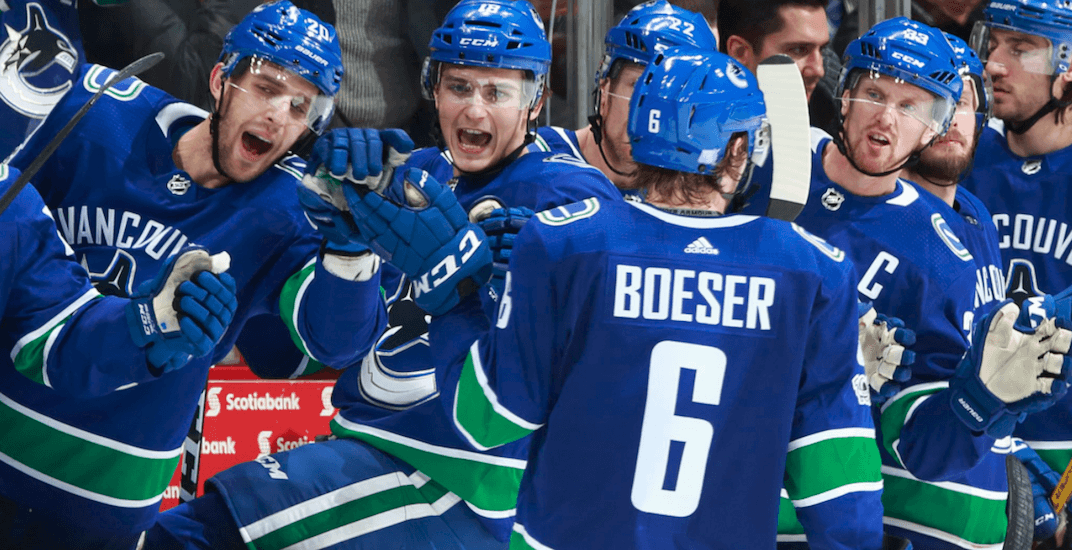 When Brock Boeser scored his first hat trick of his career against Matt Murray at Rogers Arena earlier this month, the Penguins’ goalie had a number of excuses ready for the media post-game.

He said Boeser was lucky on his first goal and hinted that he was the beneficiary of good fortune for the second and third ones as well.

Never mind the fact that Boeser’s goals were of the highlight variety, “bad bounces” was how Murray summed up the night for the Stanley Cup champions. Must be nice living in that alternate reality.

On Wednesday, Boeser continued his assault on the two-time champion goalie, scoring two beauties top-corner en route to another Canucks win – this time on Pittsburgh ice.

Post-game, Murray reached back into his big bag of excuses.

“Pretty much all the goals he got were kind of hilarious when you think about it,” the delusional goalie said. “I mean you got to look at some of those goals and just laugh.”

The only ones laughing are Canucks fans right now after seeing this amazing video mashup of Boeser’s five goals and Murray’s long list of excuses posted by Reddit user aneditor_: