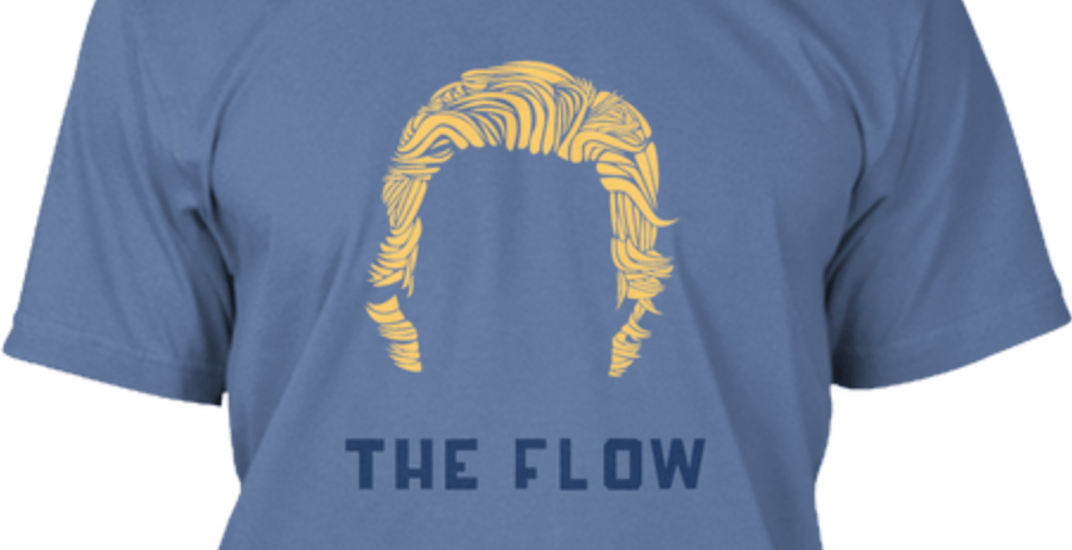 Brock Boeser is turning heads on and off the ice.

On the ice, of course, because of his incredible start to the season. He’s on pace for the best season by a Canucks rookie ever, and despite what Matt Murray would lead you to believe, it hasn’t been because of luck.

He leads the Canucks in goals, assists, and points. He overtook Clayton Keller for the NHL’s rookie scoring lead.

So yeah, there’s reason to get excited about Vancouver’s 20-year-old rookie on the ice.

Off the ice? The mild-mannered star has perhaps the best head of hair we’ve ever seen in a Canucks jersey (with apologies to Brent Sopel).

In response to all of this, our good friends at Canucks Army have started a unique fundraising campaign by selling t-shirts.

If we sell 8-10 more shirts and hoodies tonight, we'll hit $3,000 raised for our @CanucksMOTB campaign. All for the benefit of @MakeAWishBCYK. We started this at 1pm yesterday!

The power of The Flow is relentless.

Cam Davie is the man behind the t-shirt campaign, which pays homage to Boeser’s glorious flow. Proceeds go to Make-A-Wish BC & Yukon, a charitable organization whose mission is to grant the wishes of children with life-threatening medical conditions.

They’ve already hit their target, but will continue selling shirts for the cause until Monday.

One of their buyers includes the man himself. Intrepid TSN 1040 reporter Jeff Paterson got the details of Boeser’s purchase while covering the team on the road before Friday night’s game in New Jersey.

#Canucks Boeser says he bought a shirt to support the cause. Thinks it’s pretty cool. Says he’s sending it home to his parents https://t.co/vD47KDpAH3

To get your hands on a shirt for yourself, check out their page on Teespring.