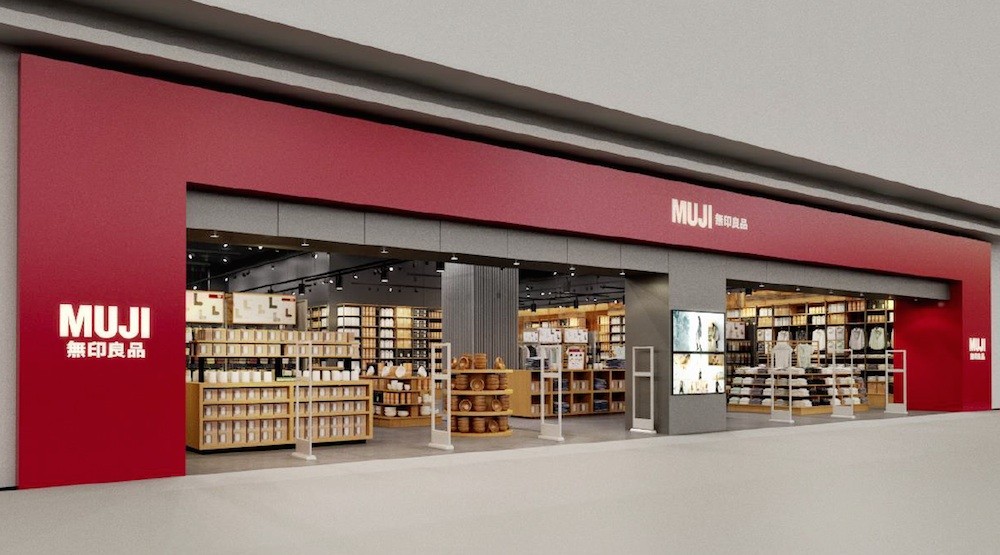 Artistic rendering of the MUJI store at Metropolis at Metrotown shopping centre in Burnaby. (MUJI Canada)

After years of anticipation, MUJI is set to open its first Metro Vancouver location at Metropolis at Metrotown later this month.

A spokesperson for the company told Daily Hive today the 7,770-sq-ft store is scheduled for an opening on Saturday, August 26. It will be Canada’s largest MUJI store, occupying a ground-level mall space across from the Disney Store and Sephora near Hudson’s Bay.

In contrast, the Japanese clothing and housing goods retailer’s first Canadian stores in Toronto are between 5,000 and 6,000 square feet.

“Since we opened our first store in Canada in 2014, we received many requests from Vancouver and we know that people have been waiting for us,” said Toru Akita, president of MUJI Canada, earlier this spring.

“We prepared carefully in order to meet expectations. We are extremely excited to finally bring MUJI to Western Canada. While we know we already have fans in Vancouver, we hope to also share our philosophy with people who don’t know us yet.”

A second store within the Metro Vancouver marketplace is expected to open on Robson Street in downtown Vancouver by the end of year. A large retail space long held by the Gap was vacated earlier this summer to make way for the new retailer.

Another renowned Japanese brand, UNIQLO, will also be making its first steps into the region by opening a store at Metropolis at Metrotown this fall. UNIQLO will be a two-level, 20,000-sq-ft store, taking up a several units including the now-closed Home Outfitters.