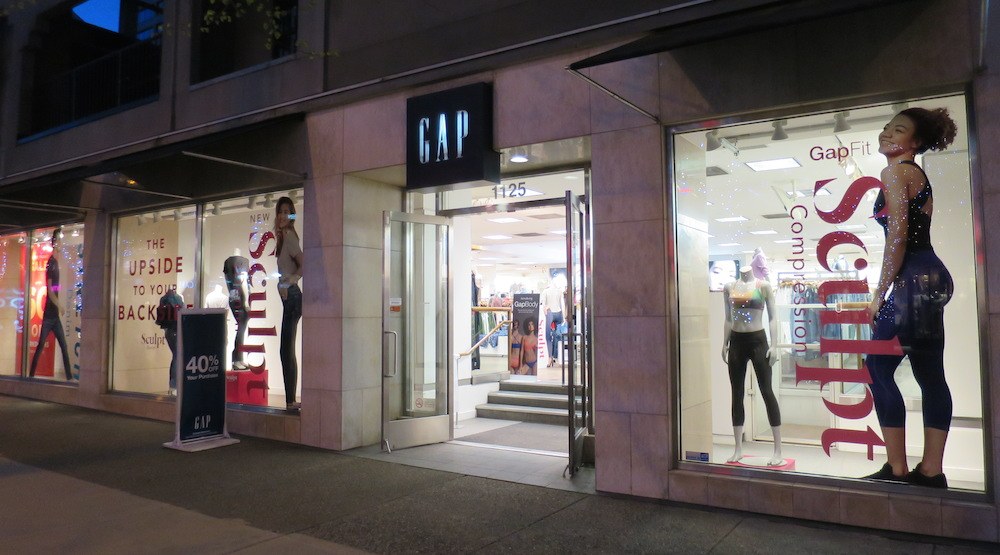 MUJI will open within the long-held Gap Store space on Robson Street by the end of this year. (Kenneth Chan / Daily Hive)

One of Robson Street’s longstanding and larger retailers will be leaving its space this summer to make way for MUJI.

Daily Hive has learned that the Japanese clothing and household goods retailer will take over the large space currently occupied by the Gap Store, which includes a Gap Kids department, at 1125 Robson Street.

Earlier this month, over 50 employees at the store were given a 12-week termination notice. The space that Gap will be vacating for MUJI by the end of June is approximately 10,000 square feet in size. 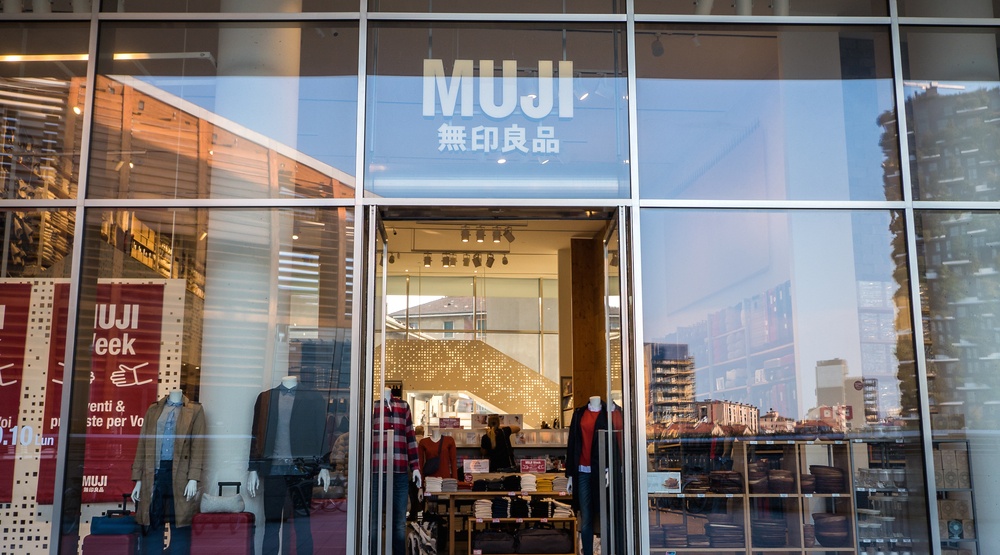 The glass facade of a MUJI storefront in Milan, Italy. (MUJI / Shutterstock)

MUJI Canada president Toru Akita told Daily Hive in an interview earlier this year that MUJI will open two new stores in Metro Vancouver – at Robson Street and Metropolis at Metrotown shopping centre – by the end of 2017. A precise location on Robson Street was not provided at the time of the opening of the temporary downtown Vancouver pop-up store.

Due its expected popularity in the local market, both stores will be close to twice the size of the first Canadian stores that opened in the Toronto area over the last three years.

“When we opened our first store in Toronto, at that time nearly 80% of our customers already knew about MUJI and they were mainly Asian customers,” said Akita in January.

“Now it is slightly changing with more people from outside Asian countries. Every time we open a store in Toronto, there are so many requests from people in Vancouver and Montreal.” 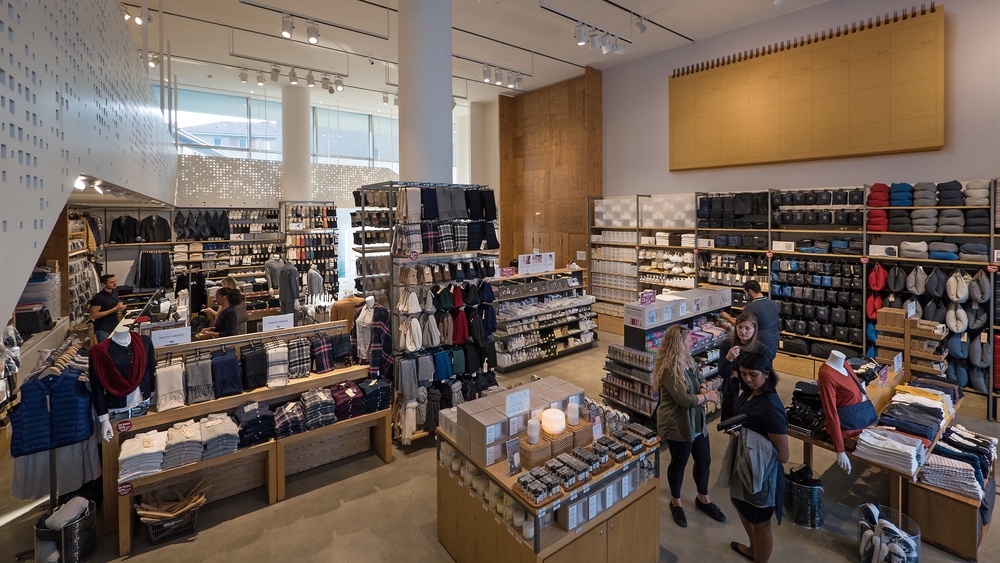 Inside a MUJI store in Milan, Italy. (MUJI / Shutterstock)

Of course, MUJI’s entry into Metro Vancouver later this year also coincides with the opening of the region’s first UNIQLO store at Metropolis at Metrotown. Both Japanese retailers are expanding into strategic international markets given that their traditional markets at home an across East Asia are now relatively saturated.

But such store openings will defy the expected retail condition for 2017. Thousands of brick-and-mortar stores are forecasted to close in Canada and the United States this year, largely due to changing consumer trends that have allowed e-commerce to take up a larger share of the retail industry and the inability to compete with new global brands.

And on Robson Street between Burrard and Jervis streets, the retail strip has been unable to rise out from its vacancy problems for reasons that include uneconomically high rents, small retail spaces within antiquated buildings, and the shift in the focus of retail towards the area around the intersection of Robson and Granville streets – anchored by Nordstrom and Sportchek – and even Gastown and suburban shopping centres.

There are currently nearly 20 vacancies along the three block stretch of the Robson Street retail strip from Burrard to Jervis streets. Another two large retailers will be vacating their spaces on Robson Street over the coming weeks, including this week’s scheduled closure of HMV and the expected closure of GUESS. 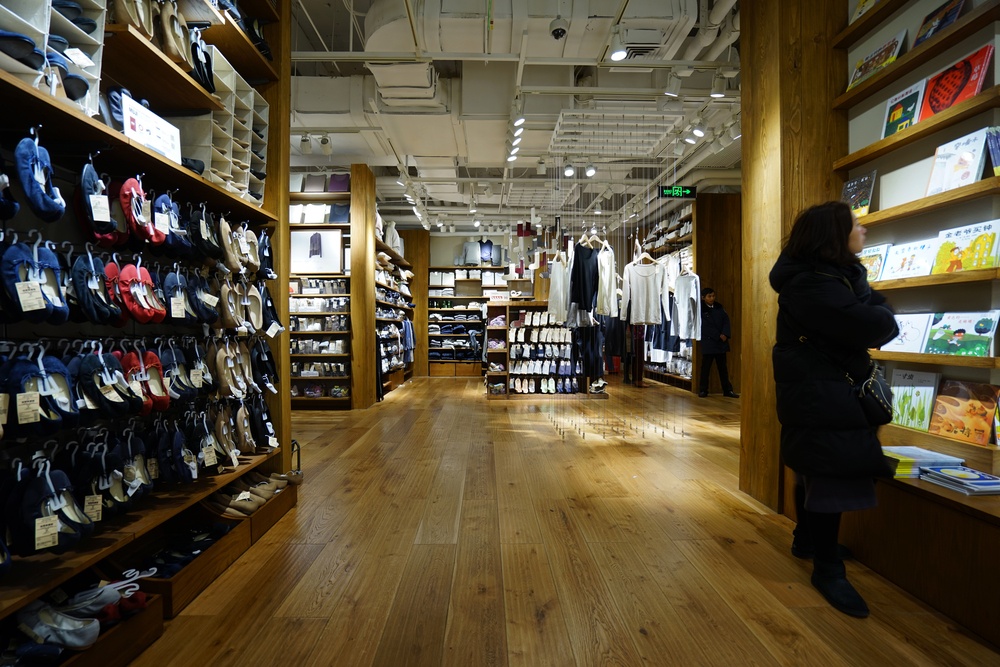 The interior of the MUJI store at Huaihai Road in Shanghai, China. (MUJI / Shutterstock)

But Robson Street’s downturn is not representative of the local retail industry. There is significant interest from international brands to set-up a presence in downtown Vancouver, but the severe dearth in suitable and centrally located retail space is a barrier for entry.

For instance, both UNIQLO and Apple have looking for suitable retail spaces in downtown Vancouver for years. To be specific, a potential deal for a UNIQLO space on the 1000 block of Robson Street fell through last year, and Apple’s search for a flagship location in the city centre began about a decade ago.

A three-storey, 25,000-square-foot expansion of CF Pacific Centre, approved by the City of Vancouver, on the site of the rotunda on the northeast corner of Howe Street and West Georgia Street could be suitable for a flagship location for either UNIQLO or Apple.