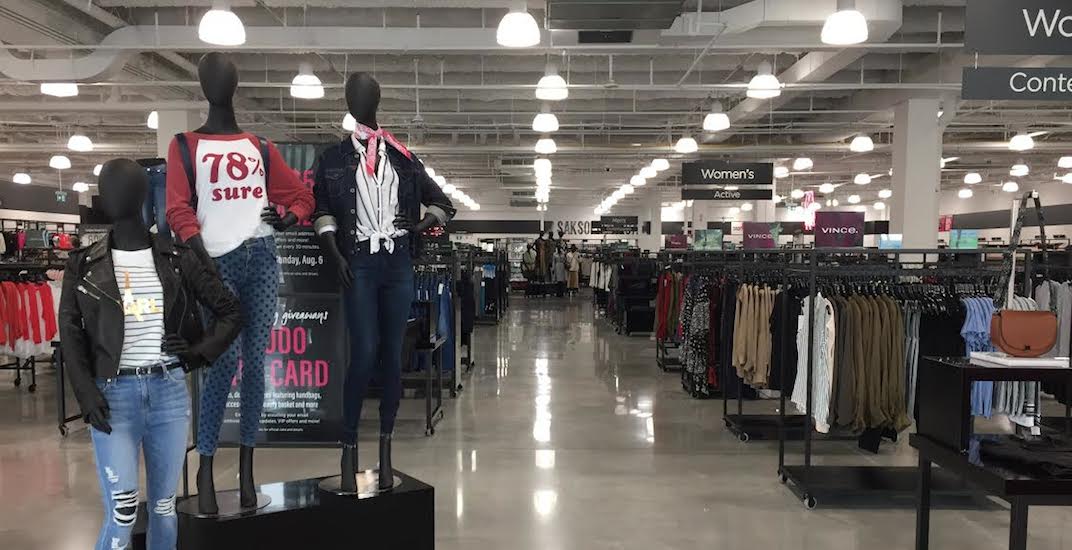 Inside the new Saks OFF Fifth store at Park Royal in West Vancouver. (Hudson's Bay Company)

The 33,000-sq-ft store on the north side of Park Royal opened last Thursday as the latest retail addition to the shopping centre, which has been undergoing a major revitalization and expansion in recent years.

The Saks OFF 5th chain, the outlet offshoot of the Hudson’s Bay Company’s Saks Fifth Avenue department stores, features over 800 fashion brands for both men and women, including emerging designers and recognized fashion names.

“We are thrilled to open Saks OFF 5th in Park Royal, one of Metro Vancouver’s most prominent retail destinations,” said Jonathan Greller, President of Saks OFF 5th and Gilt, in a statement.

“Our new store will offer shoppers convenient access to our curated assortment of emerging designer labels and well-known luxury brands.” 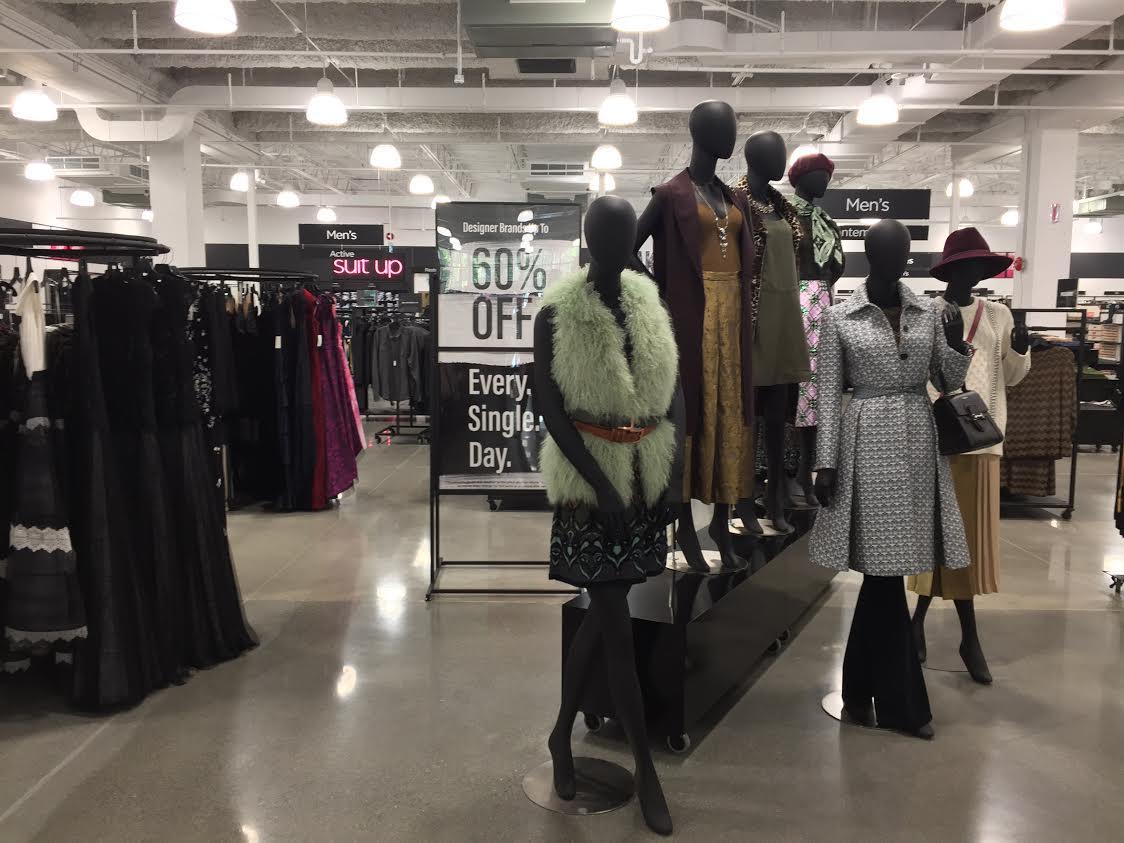 Inside the new Saks OFF Fifth store at Park Royal in West Vancouver. (Hudson’s Bay Company)

Saks OFF 5th and Nordstrom Rack expanding in Canada

The region’s first Saks OFF 5th location opened last fall at Tsawwassen Mills, and additional locations are being contemplated for other shopping centres and districts. Additionally, at least one full-scale Saks Fifth Avenue luxury department store is expected to open in downtown Vancouver, possibly within a repurposed space within the 637,000-sq-ft downtown Vancouver Hudson’s Bay store.

Saks OFF 5th’s expansion across Canada has been fairly rapid, as it opened its first Canadian store in March 2016 and now has 14 stores across the country.

But the outlet fashion marketplace is about to become much more competitive as Nordstrom also has plans to expand its outlet equivalent, Nordstrom Rack, across the border.

The first Nordstrom Rack location in Canada will open this September at CF Sherway Gardens in Toronto, and at least six other stores will follow in 2018. However, while the retailer is expected to open stores in Metro Vancouver, it has not announced locations at this time.

As well, both outlet retailers could take market share away from Winners, an established off-price Canadian retailer.

There have been major changes to Park Royal over the last few years, and while much of the work has completed on the south side, major construction continues on the north portion.

Due to construction, many of the stores that were found on the north side have moved to the expanded south side over the course of the last two years. In some situations, the relocations have allowed new retailers and businesses to move into the north side, including Loblaw’s City Market, Steve Nash Sports Club, and Chipotle.

Other upgrades to the north side include new storefronts, contemporary landscaping, glass canopies, parking improvements, and a new exterior that will “harmonize” both sides of the mall. 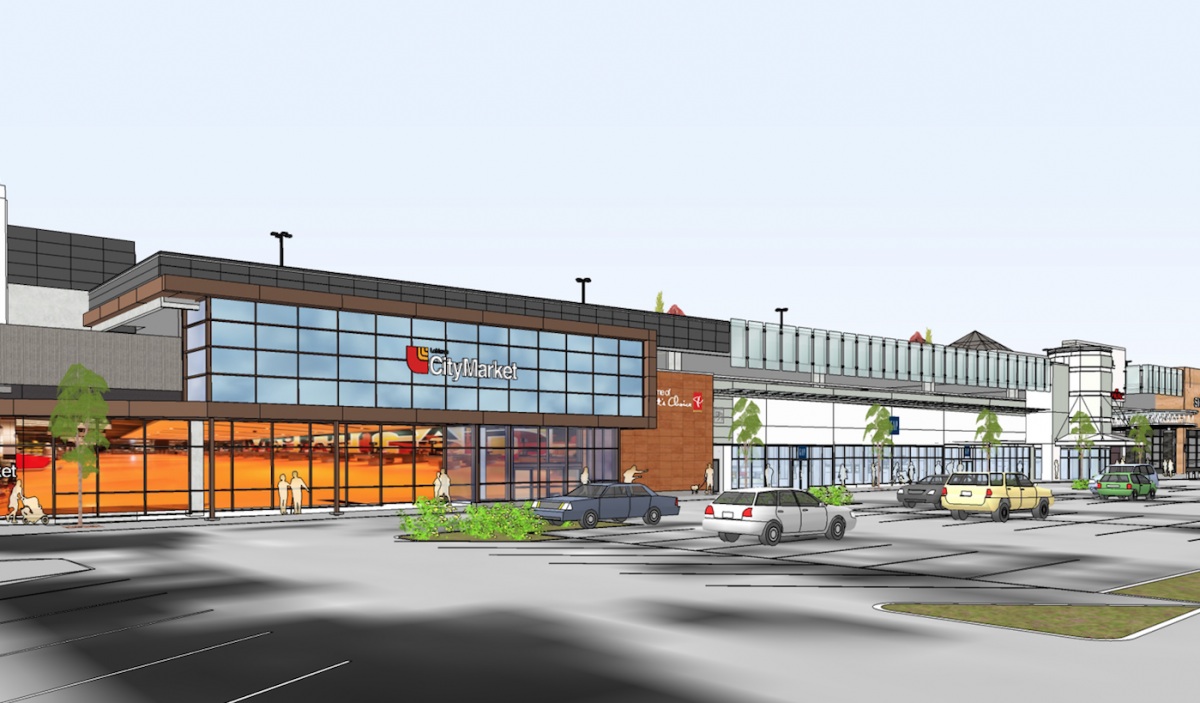