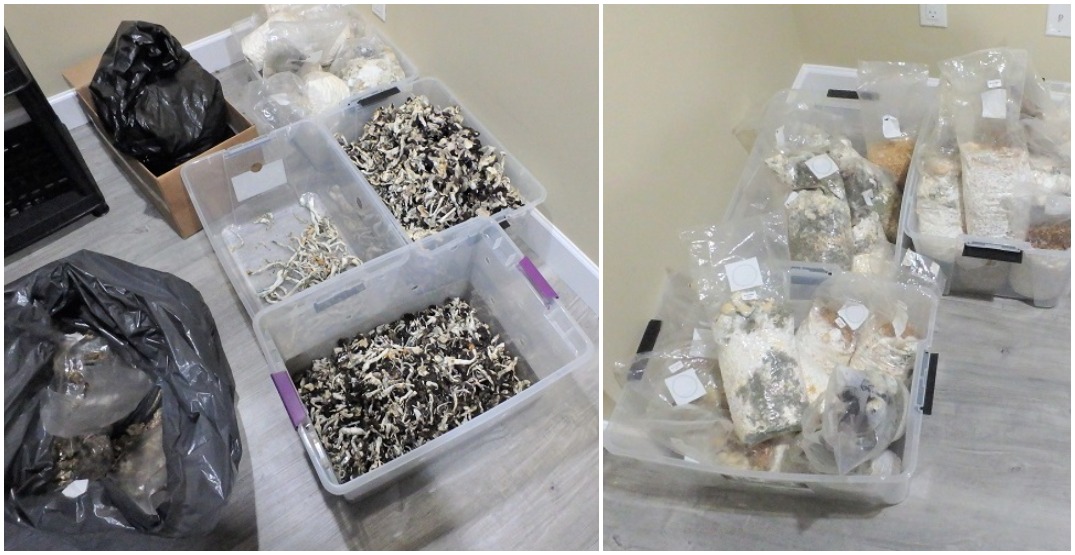 Mounties in Surrey have seized a bunch of magic mushrooms after searching a clandestine psilocybin grow-op in Clayton Heights. 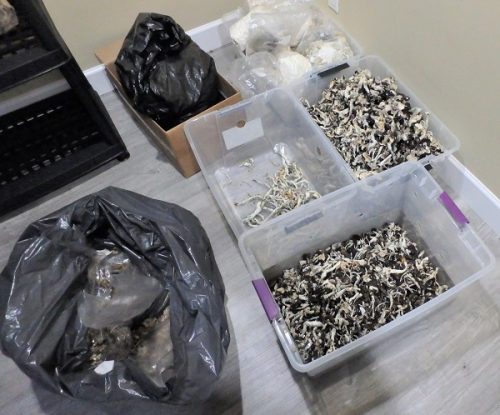 Earlier this month, Surrey Fire Services were called to a home on 196th Street and ended up discovering signs of illicit drug activity.

They contacted Surrey RCMP, and officers found what they believed to be a psilocybin mushroom drug laboratory and arrested one woman.

In the days following, they got a search warrant and brought in the Surrey RCMP Drug Section and the Clandestine Lab Enforcement and Response (CLEAR) Team.

To put that into context, the dry mushrooms alone work out to more than 6,200 doses.