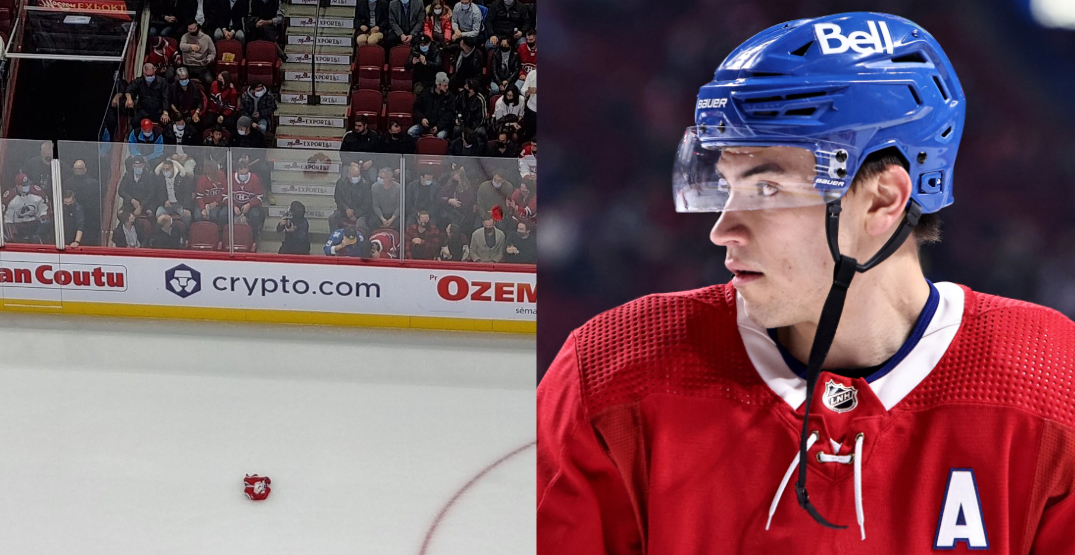 It hasn’t been the best of starts for the Montreal Canadiens.

The storied franchise is seventh in the Atlantic Division and 14th in the Eastern Conference.

There isn’t much further to fall for the club that went on a Cinderella run to the Stanley Cup Final some six months ago.

Somebody just threw a Canadiens jersey onto the ice… pic.twitter.com/CESkUEbckL

And they might’ve hit rock bottom on Thursday night against the Colorado Avalanche.

En route to losing a 19th game of the season, a Canadiens fan aired his displeasure by tossing a team hat and jersey on the Bell Centre ice.

“It’s not a good feeling for the players,” Montreal forward Nick Suzuki said post-game. “I think it was one of my jerseys. I don’t know if it was but I thought I saw a four. It’s tough. It’s tough to get booed. But the fans want to see wins and they’re used to productive teams and we’re not doing that right now.

“I can definitely see why they’re getting angry.”

"It’s not a good feeling for the players. I think it was one of my jerseys."

Nick Suzuki on seeing a #Habs jersey thrown onto the ice 😬 pic.twitter.com/K3pERTM2Nn

Montreal has lost back-to-back games and has scooped up just two wins in the past 10.

Needless to say it’s been a rough go on the ice.

“I love that jersey,” Canadiens coach Dominique Ducharme said. “I’m proud of it.

It’s been a rough go off the ice, too.

Forward Brendan Gallagher and defenceman Sami Niku both tested positive for COVID-19 on Thursday, four days after former Canadiens winger Max Pacioretty said “everybody has a shelf life there,” referring to his time in Montreal.