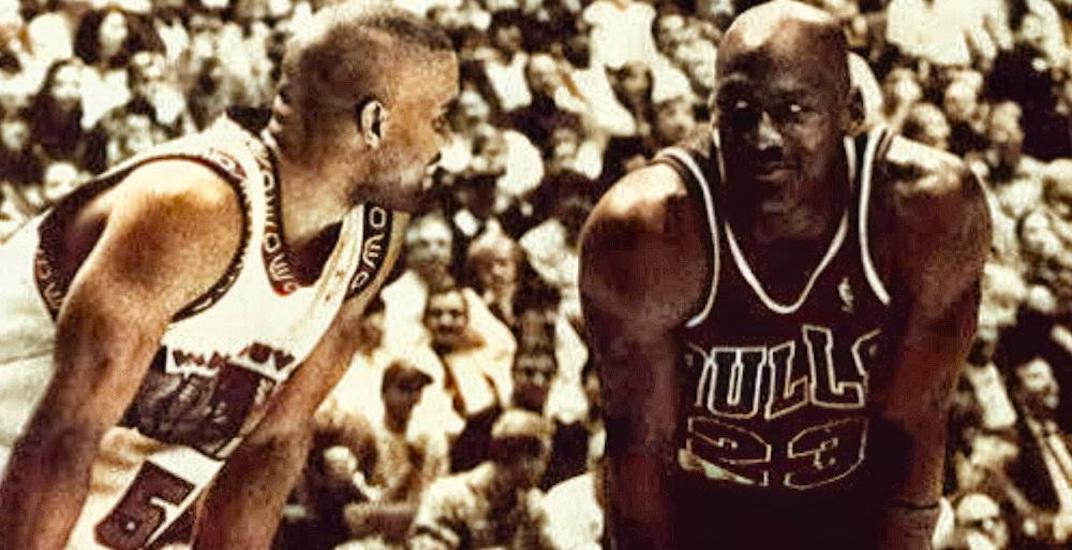 With basketball-starved fans losing their collective minds due the much-anticipated release of ESPN’s Michael Jordan documentary this week, this seems like a good time to revisit a great moment from His Airness that happened in Vancouver.

Given they lasted just six seasons before moving to Memphis in 2001, the Vancouver Grizzlies don’t have a massive legacy outside of the Lower Mainland. But there is one story from the Grizzlies’ inaugural season that still gets talked about to this day, even outside of Canada.

The year was 1995. After a surprising 2-0 start to their season, the Grizzlies had lost 12 games in a row, with Jordan and the powerhouse Bulls making their first-ever trip to Vancouver.

But despite the mismatch, the Grizzlies were in good position to defeat one of the greatest teams — and the greatest player — of all time.

Vancouver held a slim lead (64-62) after three quarters. They started off the fourth quarter strong as well, going up by eight points with 8:42 left after Darrick Martin hit a three-pointer to increase the lead for the Grizz.

That’s when Martin decided to run his mouth.

Martin, a 24-year-old point guard in his second NBA season at the time, knew the basketball legend a little bit from playing summer ball against him when Jordan was in LA for the filming of Space Jam.

“Told you we were going to whoop your ass tonight,” Martin told him.

“Little man, I told you about talking trash to me,” Jordan warned Martin as he returned to the court.

Jordan came off the bench to teach Martin and the Grizzlies a lesson, scoring 19 of his 29 points in the last nine minutes of the fourth quarter. It only took about four minutes of game clock for the Bulls to tie the game before pulling away for a 94-88 win.

After hitting his final jump shot to seal the game late in the fourth quarter, Jordan looked for Martin on the bench, telling the young Grizzlies player: “Shut up, you little bitch.”

“I poked the bear that night, and he showed me truly what greatness meant. So that was a learning lesson for me,” Martin said years later.

In retrospect, the Grizzlies nearly completed one of the greatest upsets in NBA history.

The Bulls had the second-best NBA regular season ever that year, going 72-10, and would win each of the next three championships. Chicago’s win in Vancouver was their second of a 13-game win streak.

By contrast, the Grizzlies went on to lose 19 games in a row, ending the season 15-67, which stands as the 11th-worst 82-game season in NBA history.

Following the game, Harvey said there was almost a fight in the locker room involving Byron Scott, who was guarding Jordan all night.

“Listen, don’t you ever talk to the guy I’m guarding,” Scott told Martin, according to Harvey.
“You talk to your guy.”

But most of all, the lesson was clear: don’t ever talk trash to Michael Jordan.