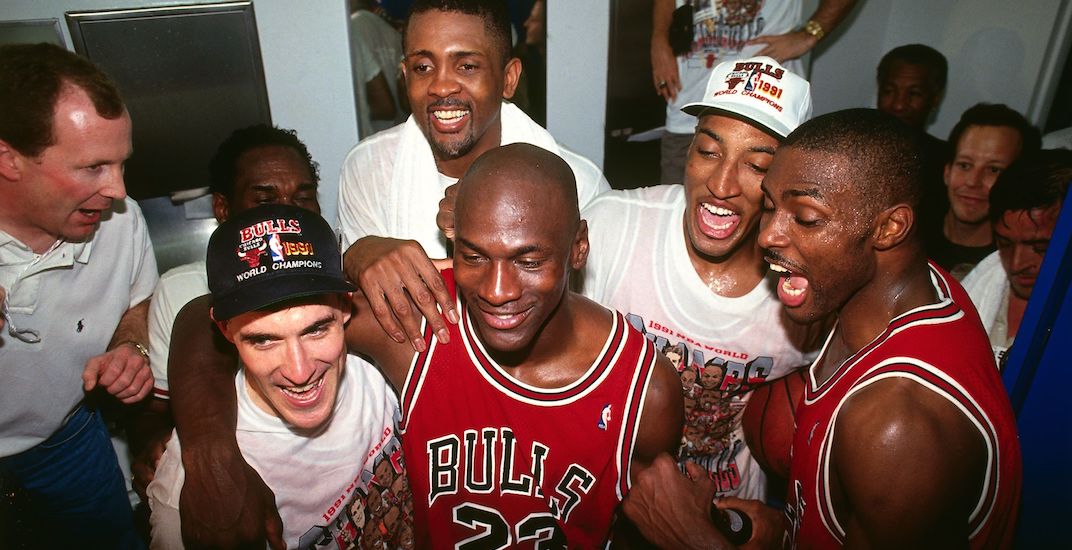 ESPN has announced that it is moving up the launch date for its highly anticipated Michael Jordan documentary.

The 10-part series, titled The Last Dance, will air in Canada on Netflix with two new episodes weekly beginning on Monday, April 20. ESPN originally planned to air the documentary in June, but with the NBA season suspended for the foreseeable future, it made sense to alter that plan.

“As society navigates this time without live sports, viewers are still looking to the sports world to escape and enjoy a collective experience,” ESPN said in a statement. “We’ve heard the calls from fans asking us to move up the release date for this series, and we’re happy to announce that we’ve been able to accelerate the production schedule to do just that.

“This project celebrates one of the greatest players and dynasties ever, and we hope it can serve as a unifying entertainment experience to fill the role that sports often play in our lives, telling a story that will captivate everyone, not just sports fans.”

The series is directed by Jason Hehir, who also directed popular 30-for-30 documentaries such as The Fab Five, The ’85 Bears, and Andre the Giant. The documentary features never-before-seen footage from the 1997-98 season — Jordan’s last with the Bulls — as an NBA Entertainment film crew was allowed to follow the team all year long.

Jordan’s story is a remarkable one, and not just because of his lengthy list of accomplishments, which includes five MVPs, six NBA Finals MVP awards, and six NBA championships. Arguably the greatest player in basketball history, Jordan left the NBA for nearly two full seasons in his prime to pursue a baseball career.

“Michael Jordan and the ‘90s Bulls weren’t just sports superstars, they were a global phenomenon,” said Hehir. “Making The Last Dance was an incredible opportunity to explore the extraordinary impact of one man and one team. For nearly three years, we searched far and wide to present the definitive story of an era-defining dynasty and to present these sports heroes as humans. I hope viewers enjoy watching our series as much as we enjoyed the opportunity to make it.”

Here’s the full schedule for The Last Dance on Netflix in Canada: