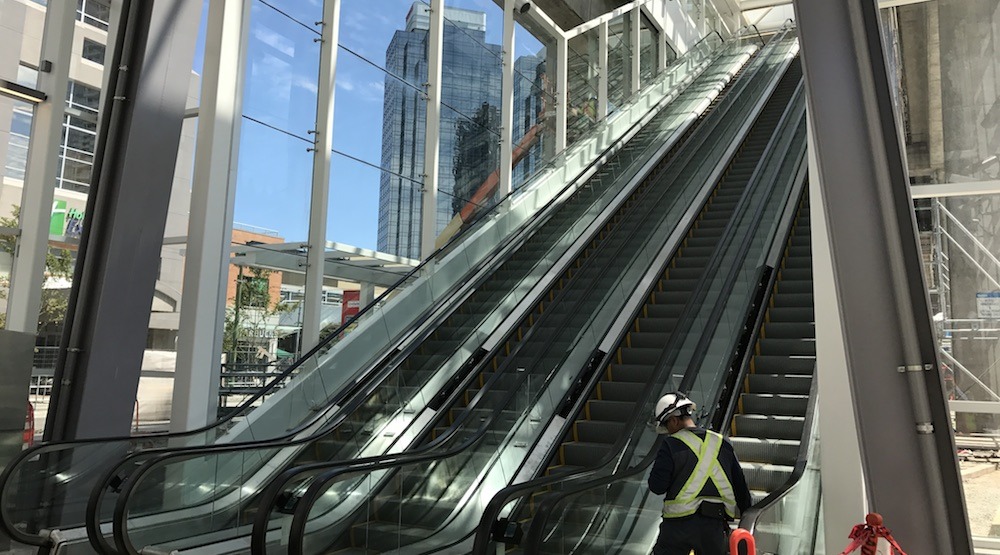 Passengers using SkyTrain’s Metrotown Station have another reprieve from overcrowded conditions as a new second major entrance with escalators opened at the station today.

TransLink says the station’s new west entrance is now open, and it consists of fare gates and four new escalators with two going up and two going down. At 13 metres (43 feet) in height, these are some of SkyTrain’s tallest escalators – just shy of the original escalators at Granville Station, which are the highest at 14 metres (46 feet). 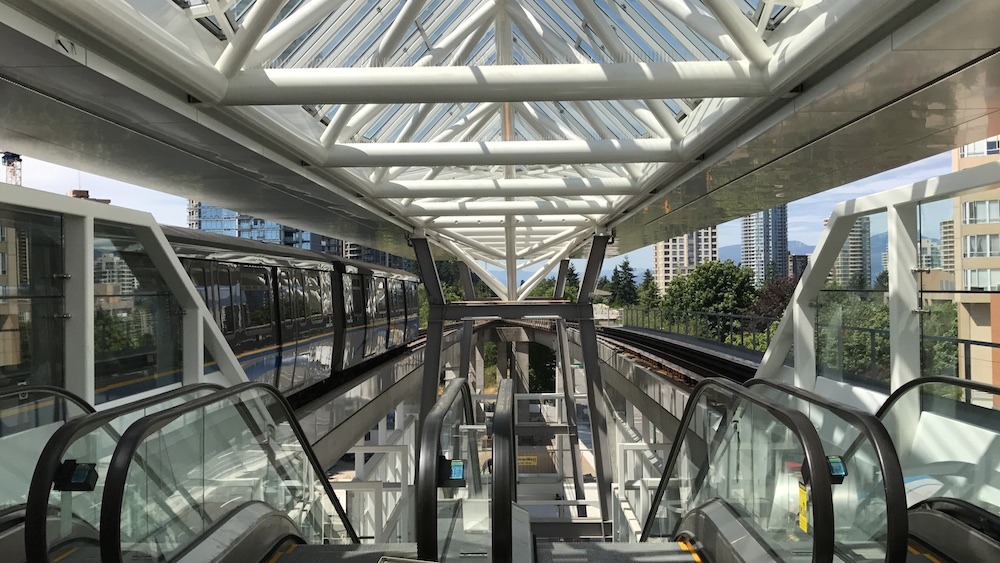 Another four escalators will open in summer 2018 at the rebuilt east entrance, the former location of the now-demolished old main entrance. Prior to renovations, passengers accessed the station by using just one up escalator, one staircase, and one elevator.

This past spring, the station’s centre entrance opened, providing passengers with a staircase and two elevators and replacing a temporary scaffolding entrance that had been built for the construction period. 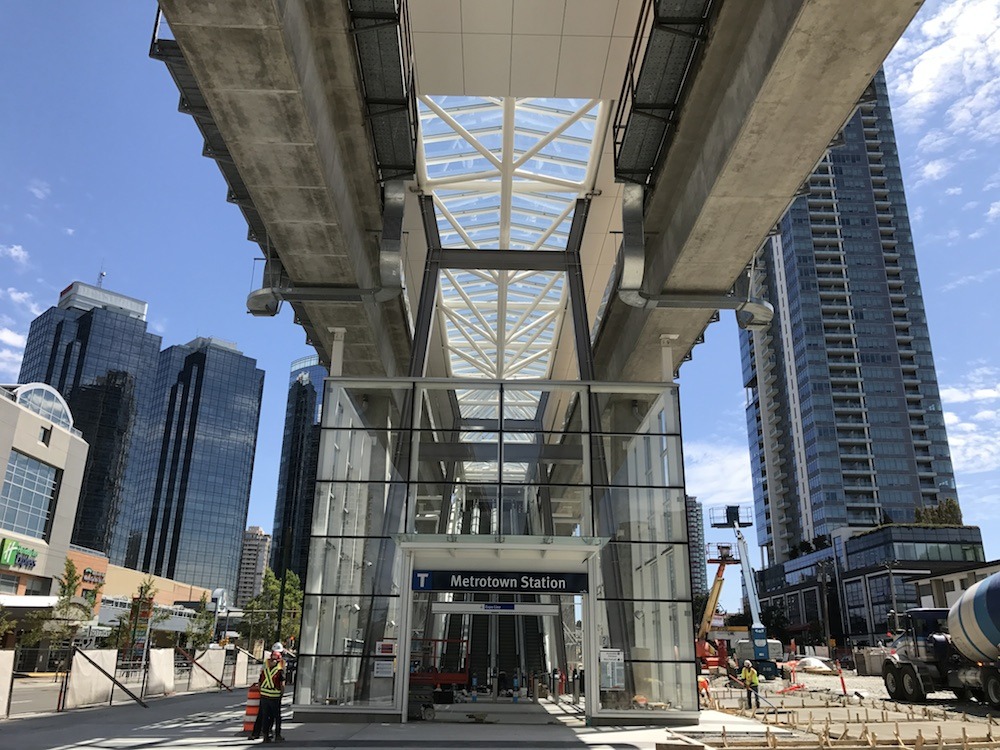 When the upgrades are fully complete, there will be eight escalators, a third elevator, new staircases, a platform extension, new roof structures, an upgraded bus loop, and a new secure bike parking facility.

The upgrades at Metrotown Station are expected to cost $55.5 million. Accessibility and passenger circulation improvements are deemed necessary given the station is quite the workhorse with 50,000 train passengers and 25,000 bus passengers per day.

Ridership at the station could potentially grow significantly from major redevelopments and shopping mall expansions in the area. 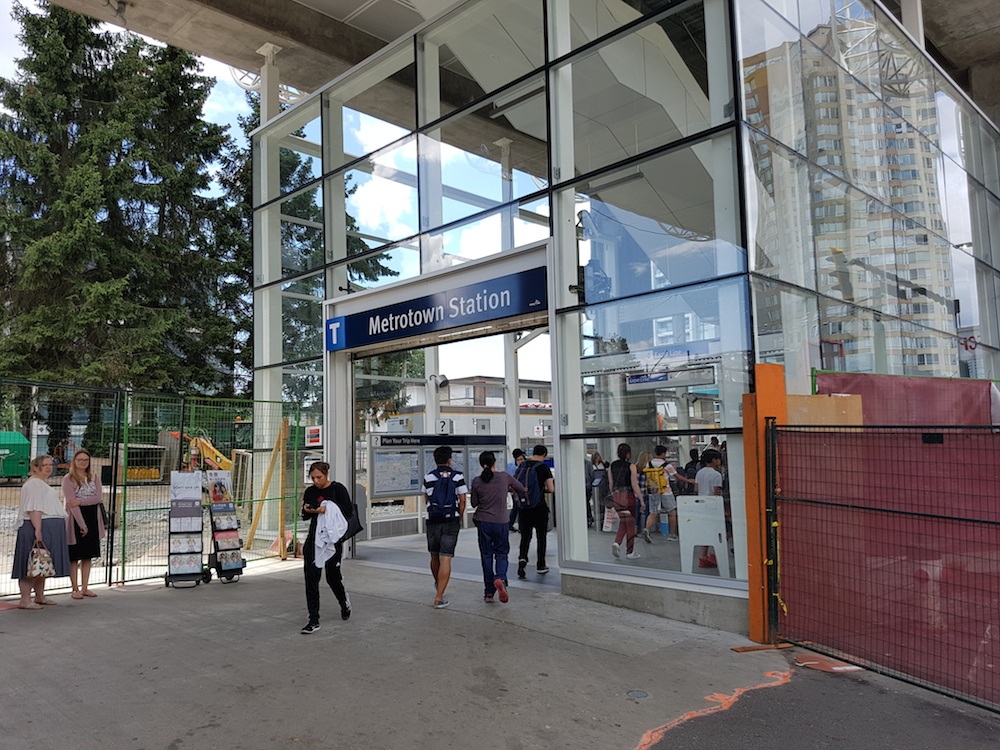