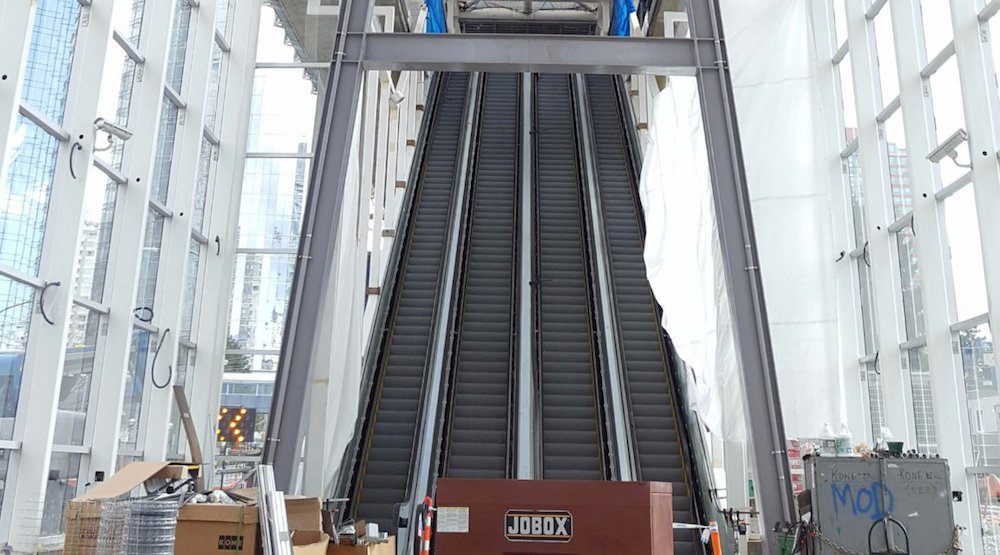 ‘Escalaphobia’ is a real thing. For some SkyTrain passengers, especially young children, ascending or descending the famously long escalators at Granville Station can be a frightening experience.

And now, some escalators being installed at Metrotown Station as part of a complete overhaul of the station will be among the steepest escalators not only on the SkyTrain system but also in BC.

A total of eight escalators are being built into the station, which will greatly increase the station’s circulation capacity as it previously only had one escalator and one staircase.

TransLink spokesperson Jill Drews told Daily Hive that at 13 metres (43 feet) tall, four of the escalators at the new west station house entrance will rival the height of the original three escalators at Granville Station – the highest on SkyTrain at 14 metres (46 feet) tall. 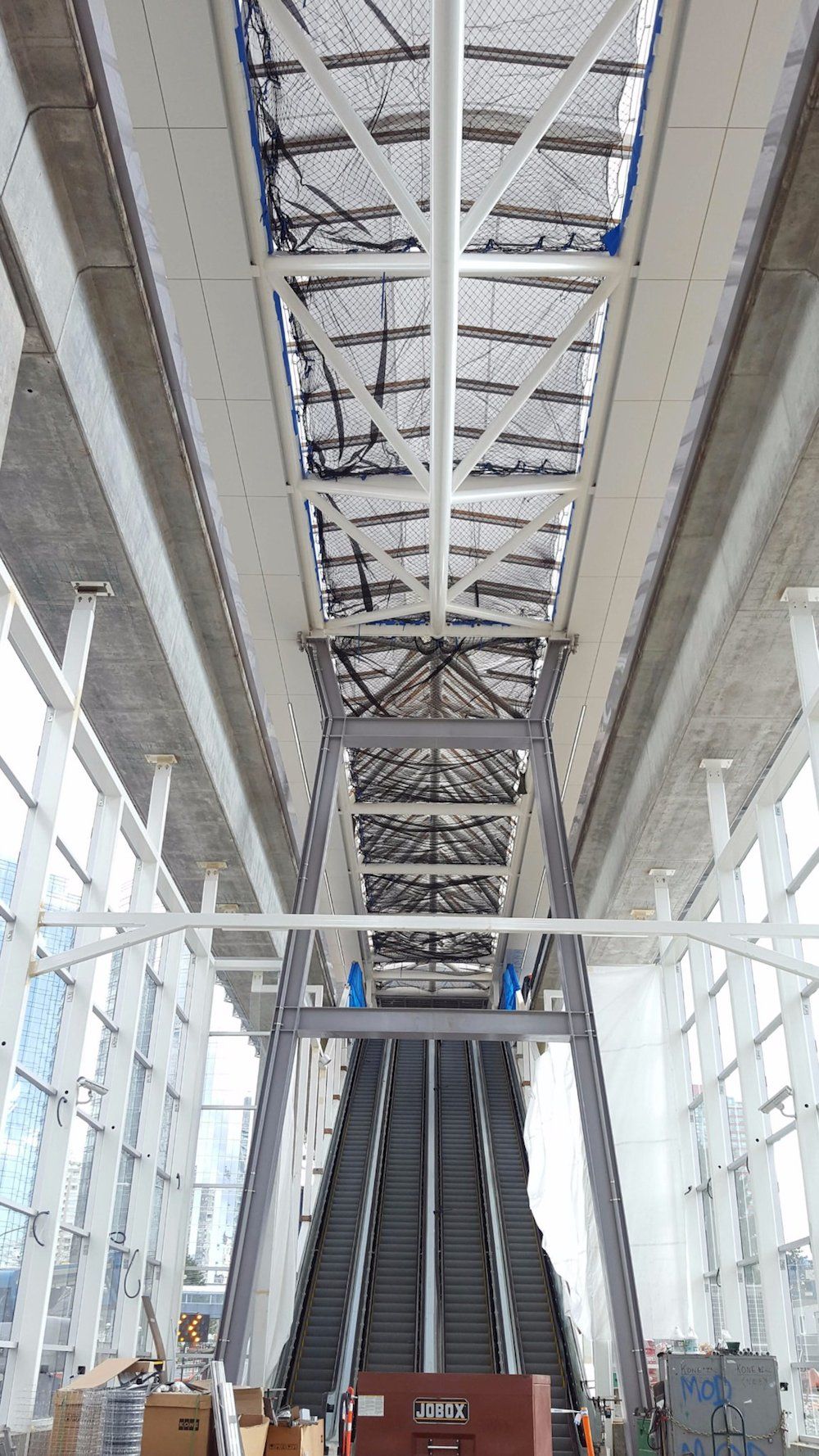 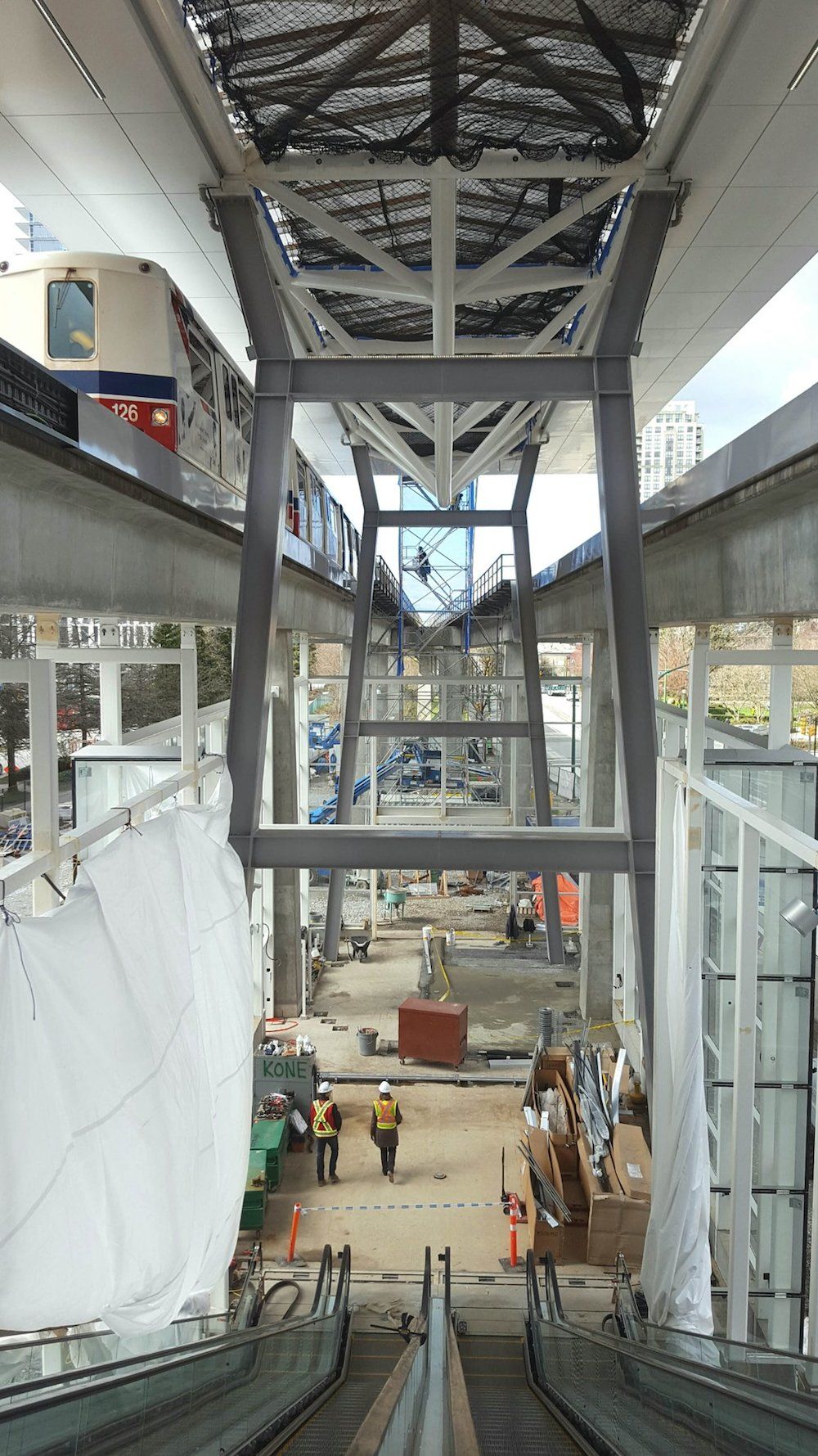 Another four escalators for the new east station house entrance, where Metrotown Station’s original main entrance was located, will have a shorter height of 10 metres (33 feet).

But SkyTrain’s escalators are still only a small fraction of the height of the world’s tallest escalators at the Park Pobedy subway station on the Moscow Metro. It takes several minutes to ascend or descend these Russian escalators, which are 126 metres (413 feet) tall.

Late last month, the public transit authority opened the new central station house, replacing the temporary staircase that had been built for the construction phase. The first of three new permanent entrances for the station features a staircase and elevators.

It is anticipated the west station house will be completed this summer while the east station house will open sometime next year. However, a new pedestrian overpass between the shopping centre and the station is dependent on further funding and an approved design by the City of Burnaby.

The upgrades at Metrotown Station are expected to cost $55.5 million. Accessibility and passenger circulation improvements are deemed necessary given the station’s existing passenger volumes of 50,000 train passengers and 25,000 bus passengers per day as well as the forecast of significant ridership growth.