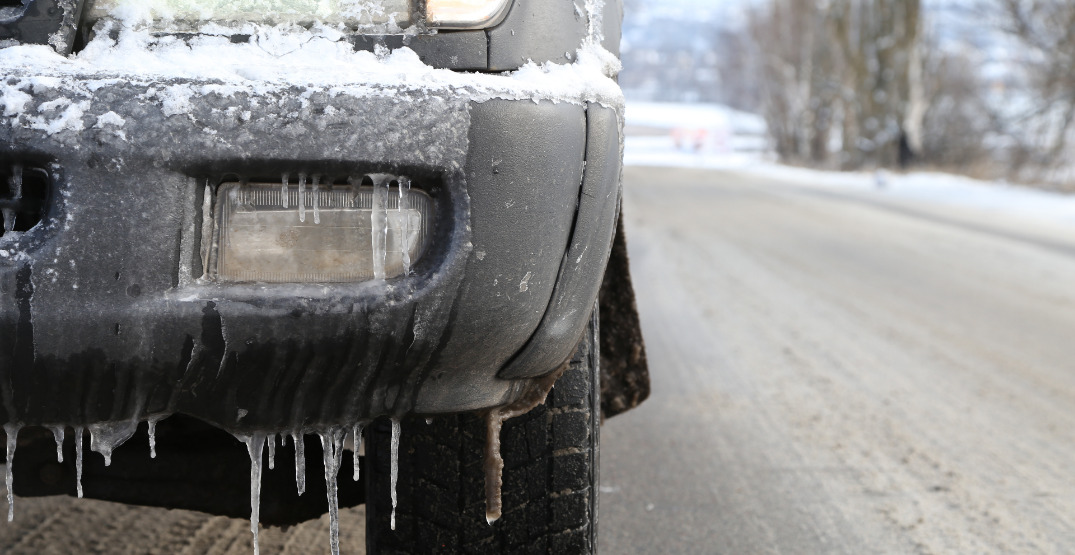 Metro Vancouver is under a winter storm warning, calling for between 20 to 40 mm of rain from Thursday evening, before easing on Friday morning.

Environment Canada is also warning that the rain could turn into freezing rain, which could lead to dangerous conditions on the road.

Strong winds are also expected to persist into Friday.

The warning is in effect for the following areas of Metro Vancouver:

Snow is expected to turn into rain over the course of Thursday evening as temperatures rise. Strong winds will develop near the water, with speeds ranging between 50 and 90 km/h.

There is also the chance of water pooling as heavy rainfall melts the snow.

On top of the rainfall warning, up to 30 cm of snow could fall in Hope, 10 to 15 cm could hit the Howe Sound, and between 25 and 35 cm could impact the Sea-to-Sky this evening.