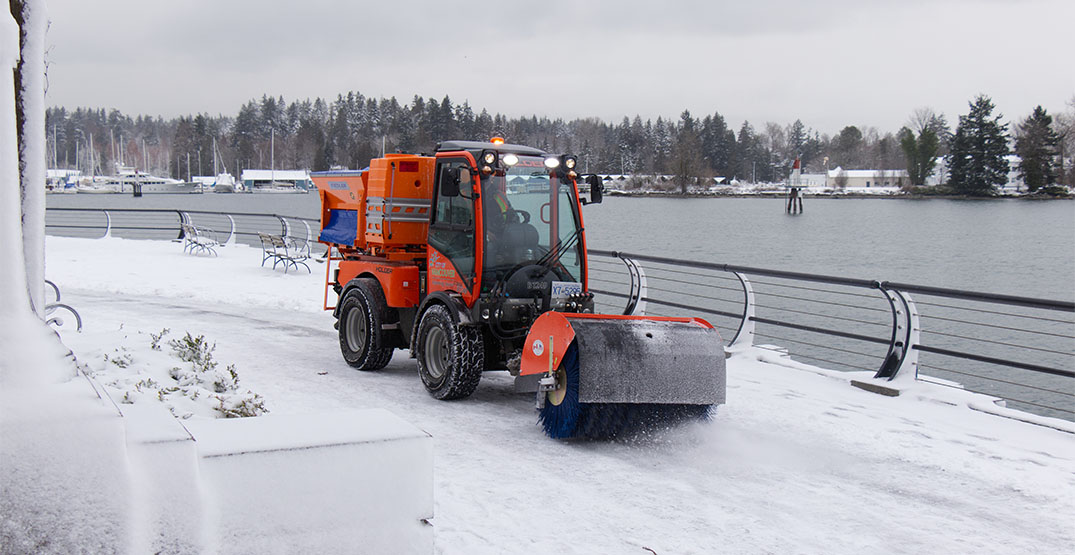 Vancouver has been hit with several snowfalls already this year, testing the City’s snow removal response as residents try to navigate slushy roads and stuck buses to get where they need to go.

“One of the unique pieces about the Lower Mainland overall is that the temperature is not consistently below zero,” Sidwell said. “It goes above and below zero a fair bit. So that creates a lot of different conditions that can change quite rapidly.”

When the forecast calls for sub-zero temperatures, the City sends out salt and brine trucks to create a protective layer on the road to make snow and ice melt. That’s what happened on Wednesday, but many buses still got stuck on the Granville Bridge and some cars without winter tires had to be pushed up hills.

When rain is in the forecast ahead of a freeze, salt and brine will get washed away, Sidwell said.

Vancouver has approximately 60 trucks that can be outfitted with plows on the front and salt or brine on the back to help clear streets once the flakes fly. All 60 trucks may not be out at once due to staffing levels or other constraints, but Sidwell said as many as possible were out on the roads this week clearing the way. 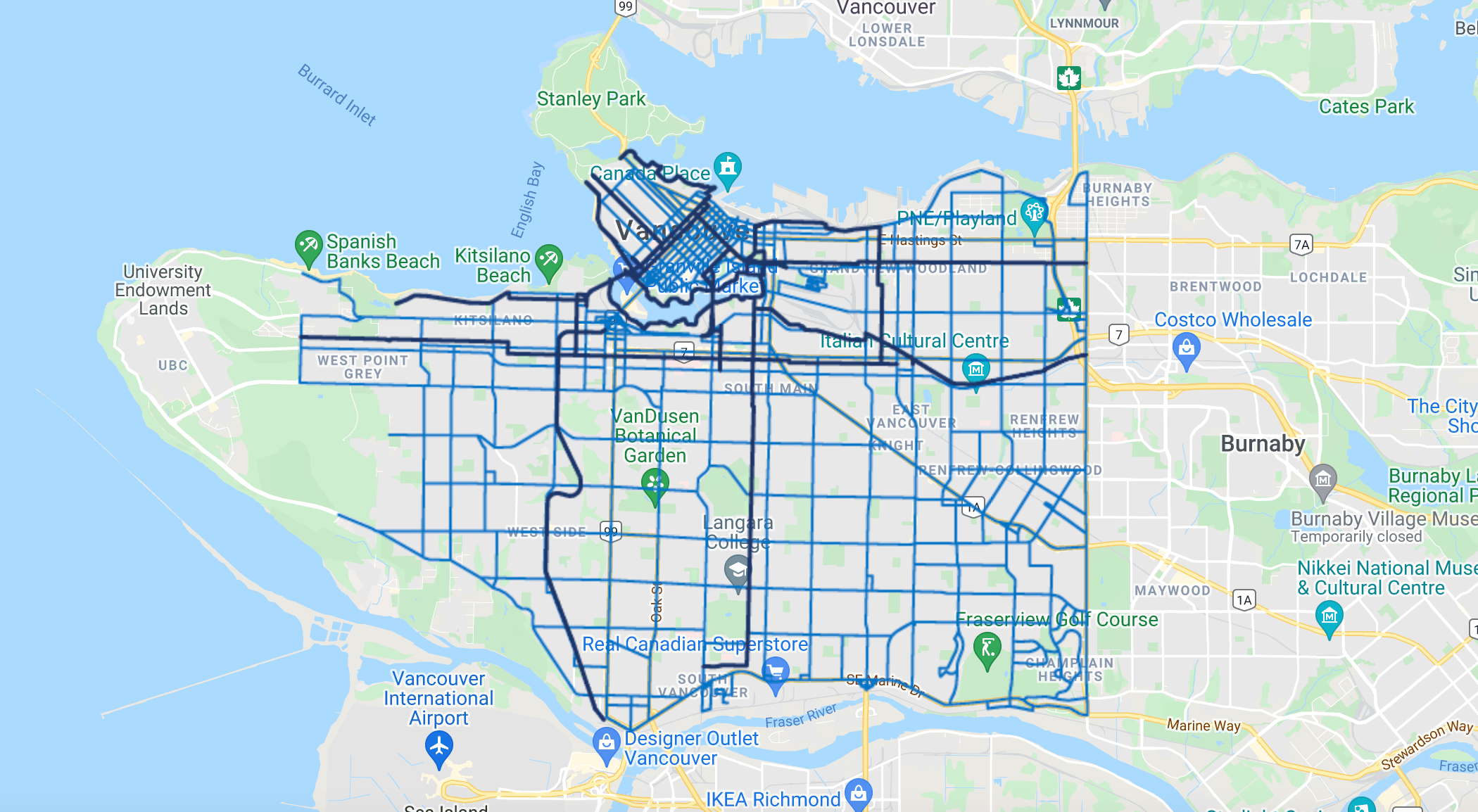 Main roads are prioritized for plowing to clear a path for ambulances to hospitals and buses transporting passengers. Bridges and viaducts are also cleared, as are key hills. Residential streets are the lowest priority, and sometimes parked cars make it too tight of a squeeze for a plow.

“It makes it more challenging to get a plow through those areas, and it would leave a lot of snow on both sides of the street that would pile up and make it difficult for vehicles to get out of the parking spaces.”

In addition to road plows, the City also has smaller vehicles for plowing bike routes and sidewalks, plus hand-pushed equipment for walkways. It plows 16 of the most well-used bike routes and four main pedestrian areas:

A big snow season in 2016-17 prompted the City to invest in more equipment to clear sidewalks and other areas used by pedestrians. According to the City, its annual snow readiness budget is $1.8 million, although the average total spent is $5.4 million.

But Sidwell believes Vancouver’s snow removal strategy is adequate given its rainy climate. She added City staff are always on the lookout for new technologies to make the job easier, and recently outfitted the snowplow fleet with GPS technology to better keep track of their progress.

“I do think our plans are comparable to other cities,” she said. “We do benchmark with other cities across Canada to look at our response times and what our service levels are.”