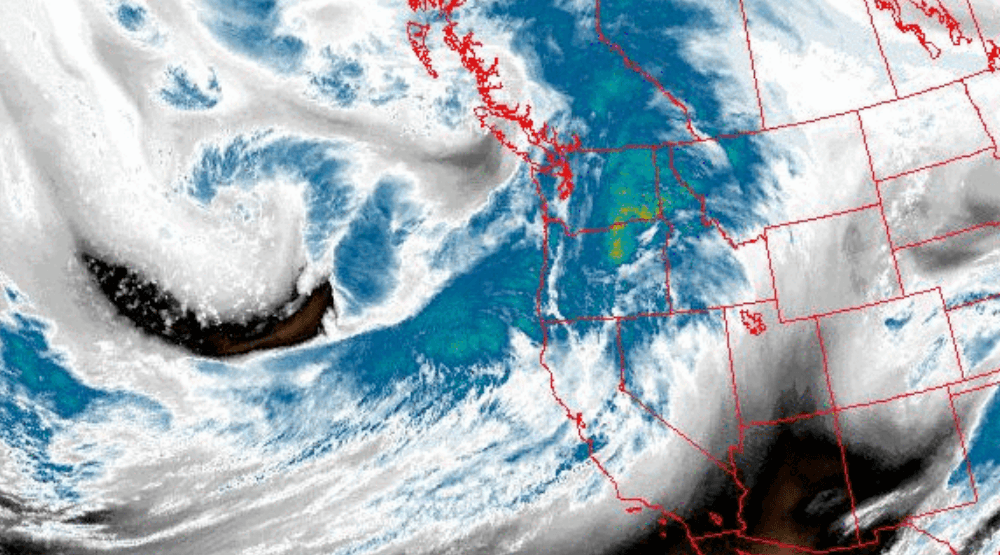 A wind warning for much of the BC South Coast has been issued by the federal weather agency ahead of tonight’s storm.

The winds will be even higher over the western side of Vancouver Island as up to 100 km/hr is expected. Gusts of 90 km/hr, the strongest winds, will hit Port Alberni,

The winds should die down by mid-day Friday as the storm will have moved away further inland.

“Winds this strong can topple trees and take down power lines,” reads the weather statement. “Power outages should be expected.”

“Loose objects may be tossed by the wind and cause injury or damage. High winds may toss loose objects or cause tree branches to break.”

This same storm will also bring between 80 mm and 100 mm of rainfall for Howe Sound and Metro Vancouver beginning tonight through Friday evening.

Forecasters expect the third storm on Saturday will be the most powerful as this low pressure system is fuelled by the moisture-rich and wind energy remnants of Typhoon Songda.

At this time, Environment Canada says the exact track of the typhoon remnant-enhanced storm is unclear. It could land anywhere from southern Washington State to northern Vancouver Island; a worse-case scenario for Metro Vancouver would be a landfall along central Vancouver Island.

If the storm makes a landfall along Washington State, the impact to BC is expected to be reduced.

“As details concerning the precise storm tracks become clearer, warnings will be issued for multiple regions throughout the next several days,” continues Environment Canada.