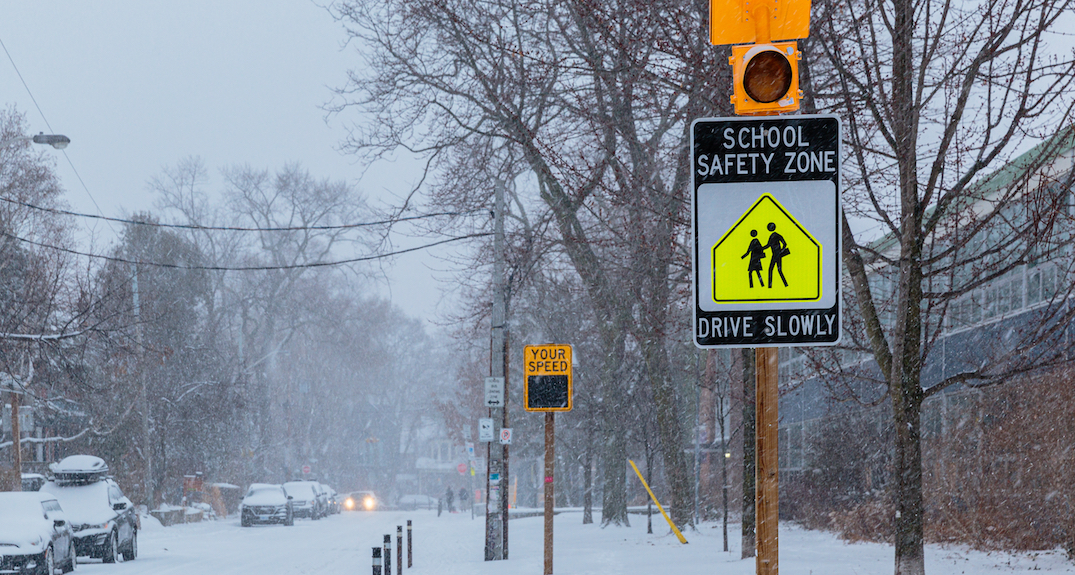 It looks like 2022 is bringing the same snowy vibes the end of 2021 did, as weather warnings for snow are in effect for parts of Metro Vancouver on Monday, January 3.

According to Environment Canada weather warnings posted on Monday afternoon, a snowfall warning is in effect for the following regions:

Approximately 5 to 10 cm of snowfall accumulation is expected overnight and on Tuesday.

Environment Canada warns there could be heavy snow during commuting hours that may cause travel delays on Tuesday.

People are asked to watch for a sudden reduction in visibility in heavy snow and rapidly accumulating snow on roads and walkways.

The North Shore and northeast areas of Metro Vancouver are predicted to see pockets of heavy flurries and rapidly accumulating snow on the surface beginning overnight and continuing on Tuesday.

“The timing of these flurries is difficult to predict but the potential for impacts on the morning and afternoon commute is high,” states the warning. “The threat of heavy flurries will diminish Tuesday evening.”

People are asked to be prepared when driving and to turn on their lights and maintain a safe following distance when experiencing changing road conditions.