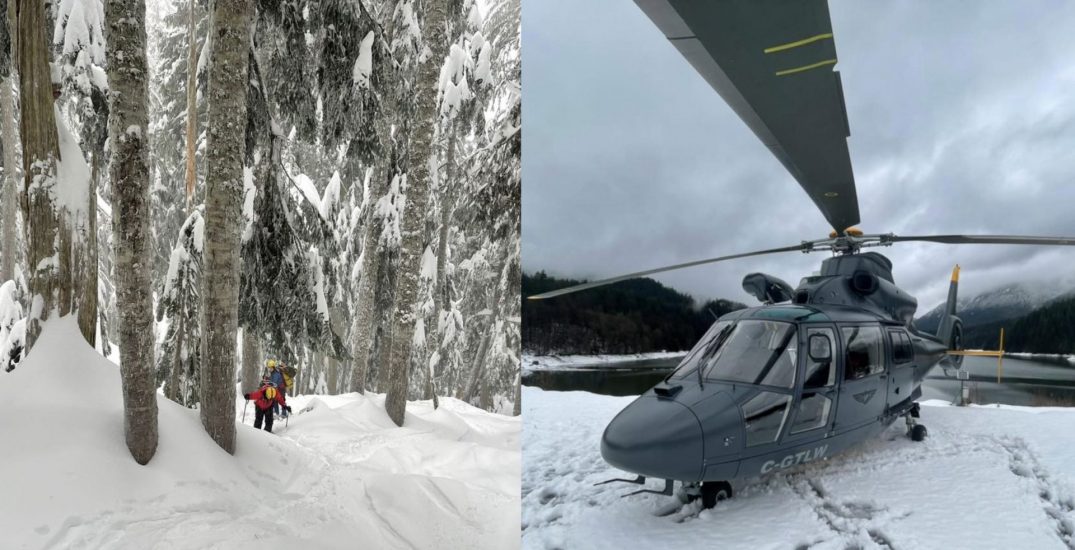 Ground teams are on scene with a skier who was caught in an avalanche on Hollyburn Mountain.

Shortly before noon on Monday, North Shore Rescue (NSR) posted on Facebook that they were responding to reports of a backcountry skier with a broken leg in Cypress Provincial Park, adding that the skier was “possibly caught in an avalanche.”

Around 2:20 pm, NSR added another post, noting that they were on scene with the subject and confirming that the skier had sustained a broken leg in an avalanche on Hollyburn Mountain.

NSR added that, due to cloud cover in the area, the helicopter is unable to get on scene, and a ground evacuation will be required.

Hollyburn is a well-known spot for hiking, snowshoeing, and backcountry skiing in Cypress Provincial Park, located less than a 45-minute drive from Metro Vancouver.