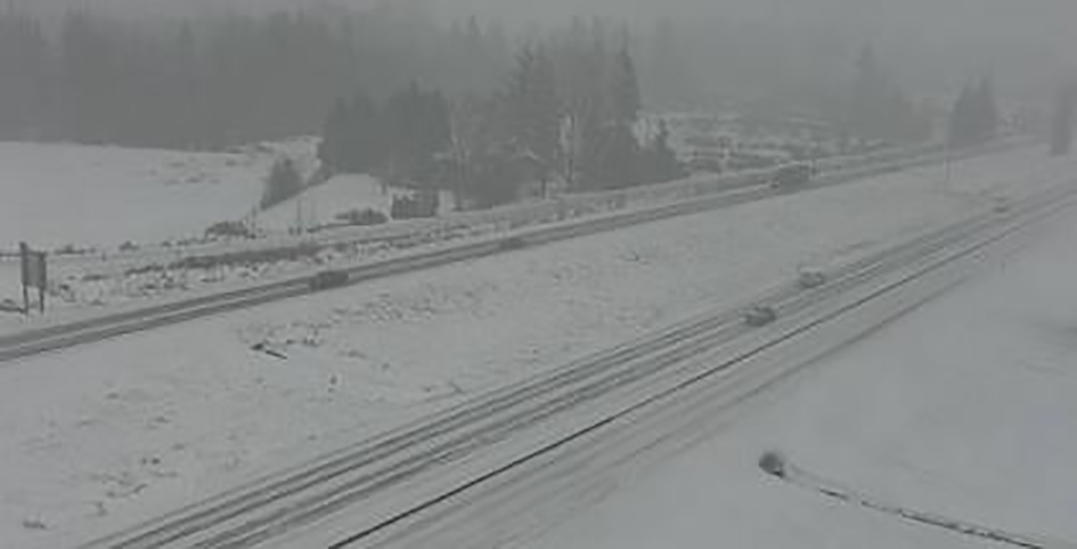 Highway 1 at 232nd Street in the Fraser Valley (Drive BC)

Update: Environment Canada’s snowfall warning was called off at 2:11 pm. Drivers are still reminded to allow extra time driving to and from their destination and to give extra space between the driver in front.

Just when you thought it was over…

Environment Canada has issued a Snowfall Warning calling for “bands of heavy snow” across parts of the Metro Vancouver.

The statement was issued at 12 pm and is in effect for the following areas:

The weather agency says that snowfall totals between 5 to 10 cm are expected throughout the afternoon.

“Heavy snow is being observed from White Rock to Maple Ridge,” says Environment Canada. “Aldergrove and western sections of Abbotsford can expect snow to begin soon.”

The afternoon snowfall is due to “bands” moving across parts of Metro Vancouver and the Fraser Valley. Conditions are expected to improve later this afternoon, although drivers are once again reminded to drive to conditions and prepare for a sudden loss of visibility.