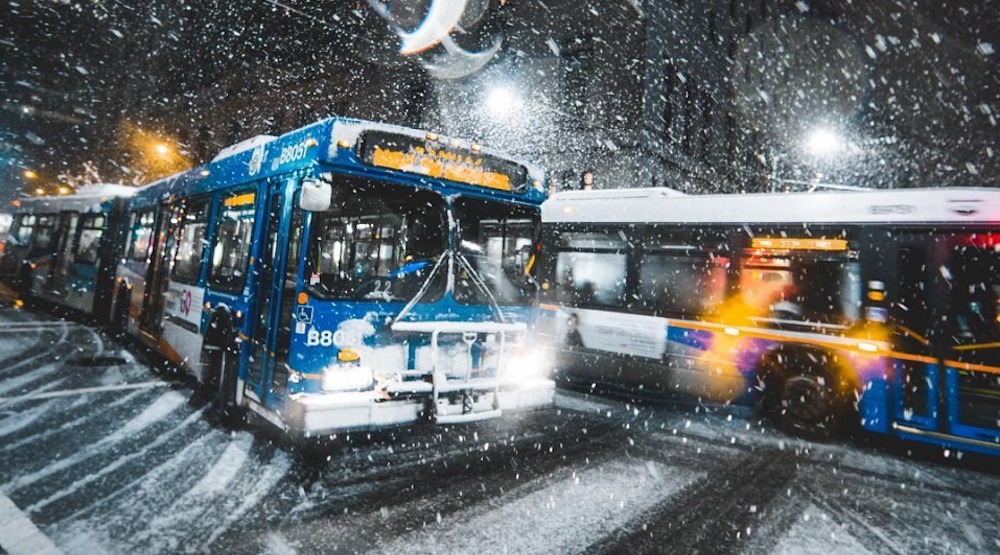 Many neighbourhoods in Metro Vancouver, including the city of Vancouver, have had snow and icy side streets since the region’s first snowfall six weeks ago on December 5.

According to Environment Canada, 27 cm of snow fell at Vancouver International Airport during this period, and even more fell in the city, eastern municipalities, and higher terrain. And much of the snow has stayed due to the prolonged arctic air outflow.

The disruptions were severe with schools being forced to close, final exams rescheduled, and workers skipping out on work. For a time, not even the public transit buses could be relied upon due to icy roads, and with residential side streets resembling ice rinks for weeks it may have deterred even the best of drivers from taking their cars out of the garage.

Seniors and individuals with disabilities may also have spent a lot more time at home over the fear of slippage on icy sidewalks.

Altogether, this could lead to reduced local economic activity.

For instance, there is reduced spending from downtown Vancouver office workers who normally buy their lunch but are not at work because of the poor road conditions. These same workers might also normally venture near a mall or store and make a purchase.

Given that the weather events happened throughout December and early-January, their impacts may have been mitigated to an extent. This is the time of the year when many workers normally take vacations and are not working.

However, this period was also the peak shopping season. Snowfall events were heaviest on December 18 leading into Christmas, December 26 on Boxing Day, and December 31 on New Year’s Eve. Certain types of purchases may have been delayed, gatherings with friends and families at dining establishments may have been canceled, and the expected spending at establishments during New Year’s Eve may not have fully materialized.

But can any of this be quantified?

“At this point, I can’t tell you what that number is because a lot of retailers and restaurants won’t know their numbers until closer to the end of the month,” said Charles Gauthier, the President and CEO of the Downtown Vancouver Business Improvement Association.

“I was having a conversation with a larger retailer near Christmas and they were quite concerned about the amount of snowfall and how it was impacting current sales at the time in the month of December. It will be interesting what the impact is over the next couple of weeks.”

Gauthier says day-to-day expenditures may have been lost, but large purchases for things like a new computer or car were likely delayed. Some people may have also turned to online to complete their shopping.

Short of a full comparison, a recent study by Boston University on the impact of the severe 2015 snowstorms on Boston’s economy may provide context on who gets hit hardest. For the month-long period from late-January to late-February, businesses in Massachusetts reported a 24% drop in sales and retailers and restaurants were hit most with sales falling by almost 50%.

All of this does not account for insurance claims from weather-related collisions and lost profits, productivity, and wages, particularly for those who work on hourly incomes as they cannot make up for the lost income on another day.

Municipalities are responsible for clearing snow and ice from streets. The City of Vancouver budgeted $750,000 for snow and ice mitigation this winter season, but it last reported that it spent $2.5 million with overruns taken from its contingency fund.