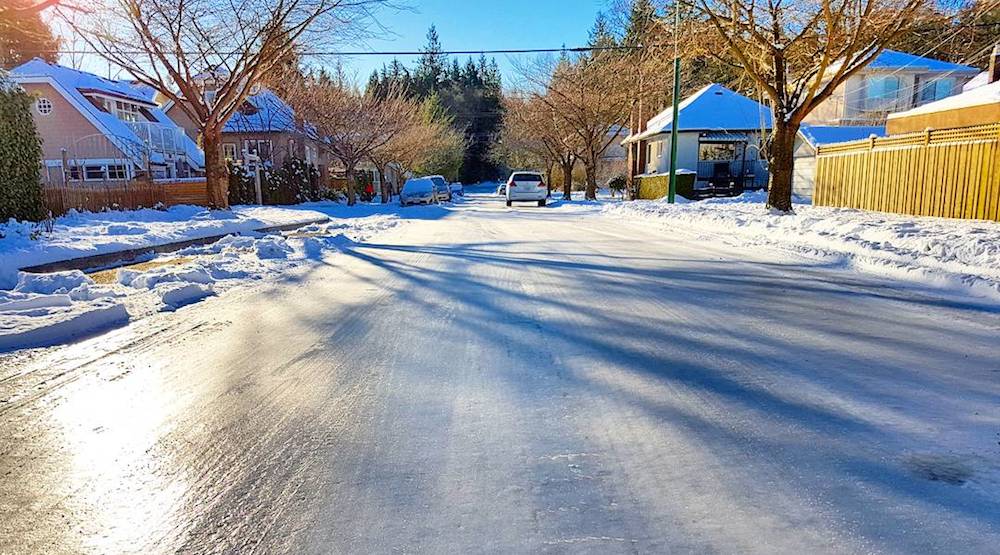 The new year has brought with it a new winter challenge for Vancouver residents, as many of the city’s streets have turned into sheets of ice.

After wet snow fell on New Years Eve, the temperature dropped, and streets that haven’t been cleared yet have become – quite literally – skating rinks.

In fairness, our whole block is a skating rink #ice @CityofVancouver pic.twitter.com/PWu1VRRxZe

Hey @CityofVancouver the streets are skating rinks and really tough on the elderly. Hope you can get salt trucks out soon. #safetyfirst pic.twitter.com/knJeVdinHC

Most of the roads in Vancouver right now are covered in complete ice. Lord help me

For its part, the City of Vancouver is aware of the issue.

“We have a full roster of staff and equipment out today to deal with remaining snow and ice,” spokesperson Tobin Postma told Daily Hive. “We currently ha‎ve staff and equipment focusing on… areas, as well as responding to 25 calls for service that have come in, via 311.”

Postma reminded people that if they come across any areas of concern, to call 311, or use the VanConnect app, so the issue can be addressed as quickly as possible.

The City of Vancouver also said on Twitter it “wouldn’t recommend the kids skate on the streets.”