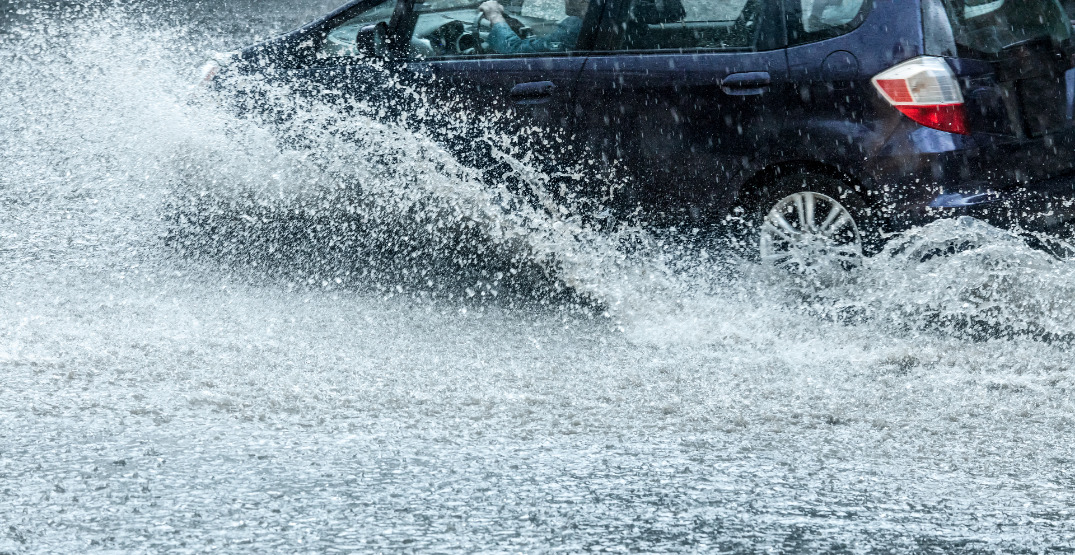 As BC braces for the third atmospheric river in less than a week, Environment Canada has issued yet another heavy rainfall warning for Metro Vancouver.

This follows a special weather statement that was issued for Metro Vancouver on Monday morning, but the list of locations expected to be affected has been expanded, with heavy rain forecast to persist through Wednesday.

Total rainfall is anticipated to be between 60 and 140 mm.

Environment Canada predicts that 60 mm of rain will fall over central Vancouver and the southern sections of the Sunshine Coast, while up to 140 mm of rain is expected near the North Shore mountains and Squamish.

“The third atmospheric river in just under a week will once again give rain heavy at times over the British Columbia south coast. Heavy rain may ease somewhat Tuesday night but will persist through Wednesday as a cold front moves across the region,” reads a statement from the weather agency.

The warning also states that “rising freezing levels and snowmelt may contribute to increased runoff.”

Along with the rainfall warning, a wind warning remains in place for much of Metro Vancouver, Fraser Valley, Howe Sound, Whistler and the Sunshine Coast.

“Persons in or near this area should be on the lookout for adverse weather conditions and take necessary safety precautions.”

The risk of flash floods and localized flooding in low-lying areas remains intact, and Environment Canada is advising people to watch out for washouts near rivers, creeks, and culverts.