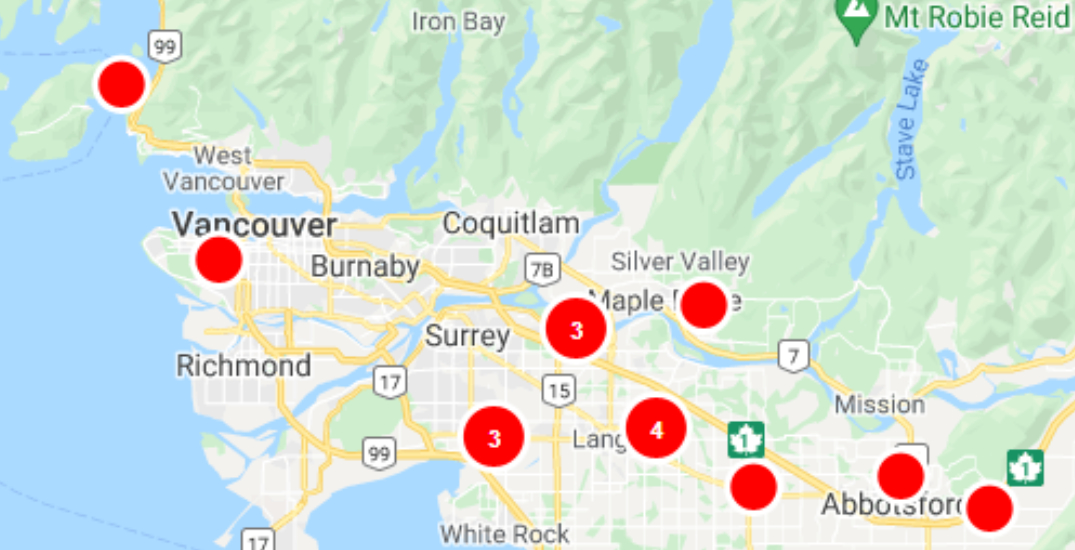 Thousands of people in Metro Vancouver have been left without power as strong winds batter the region.

BC Hydro tweeted just before 6 am on Thursday morning that lights were out in Vancouver, Surrey, Richmond, West Vancouver, North Delta, Abbotsford, and Langley.

Crews have been assigned to an outage affecting 4,000 customers in #SurreyBC and #NorthDelta. Crews will share the latest info on our mobile site: https://t.co/0qTUzBETmA pic.twitter.com/1sFKN5vDwH

Crews are on their way to an outage affecting 1,750 customers in #Vancouver. They should be arriving by 6:15 a.m. and will share available updates here: https://t.co/iXROy8XFKx #YVR pic.twitter.com/eJP8bodMzw

A total of 18 outages had been reported by 7 am, affecting roughly 5,800 customers across Metro Vancouver.

The majority were still under investigation, although BC Power said several outages had been caused by downed wires.

Strong winds and rain began across Metro Vancouver yesterday, prompting Environment Canada to issue a weather warning for the region.

The weather authority warned that 50 to 70 mm of rain were expected with winds reaching up to 70 km/h.