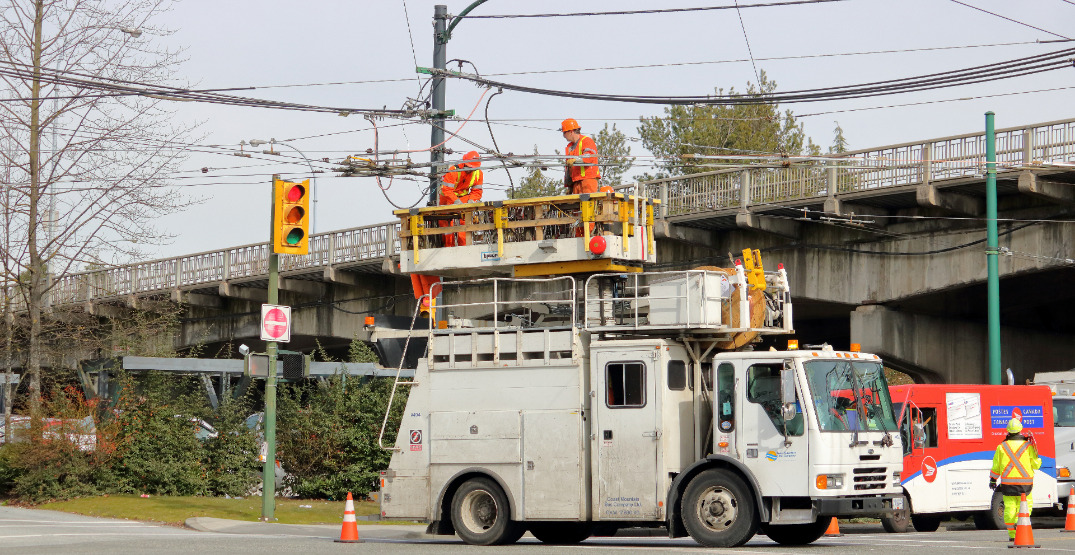 BC Hydro warns residents to prepare for potential service interruptions due to power outages this fall and winter.

Due to a historically hot summer, they attribute drought conditions to making trees weak and more susceptible to breaking apart and failing.

Hydro points to data from 2015 and 2018, where droughts also led to storms that caused hundreds of thousands of outages.

Summer 2021 was the hottest summer on record in many parts of the province, which resulted in severe drought.

Abbotsford, Vancouver, and Comox had the driest of conditions between April and July, with Abbotsford experiencing the lowest rainfall recorded in the Fraser Valley in over 60 years.

In 2015, a summer storm caused over 710,000 outages that lasted multiple days. Tree roots, wood, and soil were weakened by the hot summer, making them more prone to failure.

BC Hydro has a few tips for residents on how to stay prepared in the event of an outage.

A well-stocked emergency kit should include the following:

They’re also reminding residents to stay away from downed or damaged power lines at a distance of at least 10 metres.

BC Hydro suggests that despite the increase in storms, they’ve managed to lessen the duration of power outages.

As part of the process of preventing major outages in the future, BC Hydro is increasing their vegetation management program, where they inspect vegetation to identify potential problems.