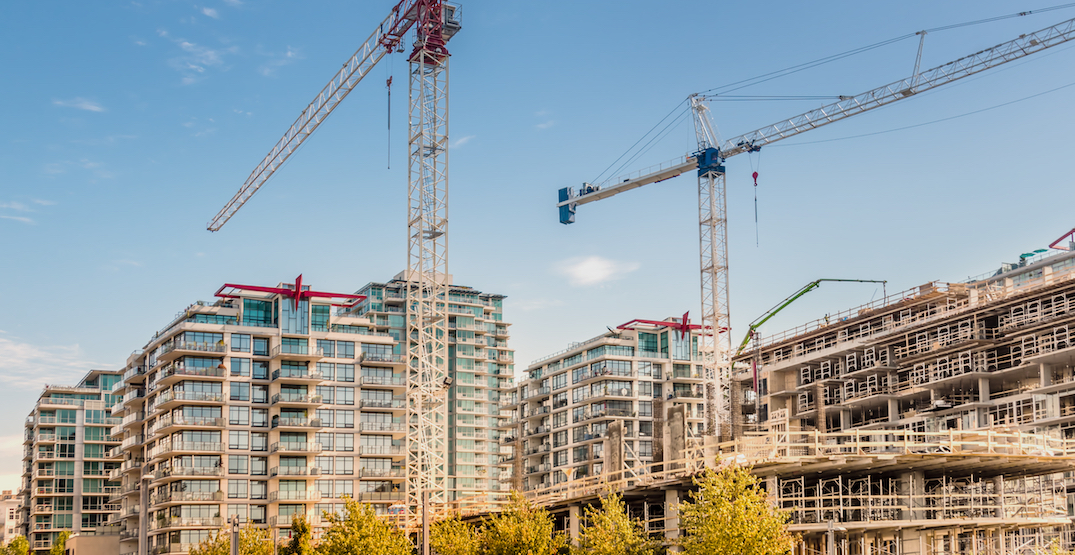 Heightened market demand for housing in Metro Vancouver has led to strong new construction activity in residential real estate over the first half of 2021.

According to a new mid-year update by Canada Mortgage and Housing Corporation (CMHC), housing starts in the region are up by more than 50% in the first six months of the year, compared to the same period in 2020 during the onset of the pandemic.

Approximately 15,300 units began construction between January and June of 2021, with this increase driven by new multi-family residential construction, which increased by 65% year-over-year to just under 13,800 units — accounting for 90% of the total.

CMHC attributes this activity to renewed developer confidence from higher home prices, low interest rates, and continued confidence in the long-term growth of the region’s economy and population. Up until earlier in the year, developers were putting their new projects on a holding pattern, awaiting improved market conditions.

With higher land prices, multi-family construction is expected to continue to represent the vast majority of the new homes created in Metro Vancouver.

The leading sub-regions for housing starts during this six-month period were Surrey, the Tri-Cities, and North Burnaby:

Only 112 housing starts (110 as apartments) were recorded in the University Endowment Lands, while the Metrotown area in Burnaby saw 20 starts.

The total housing starts within the city of Vancouver reached 2,623 units, accounting for only 17% of the region total — behind Surrey’s share of 24%.

Of the nearly 15,300 housing starts across the region, 3,347 were secure purpose-built rental units. The leading sub-markets for rentals are Surrey with 1,294 units (all apartments), Southeast Vancouver with 269 units, Mount Pleasant/Renfrew Heights with 239 units, North Vancouver City with 229 units, Marpole and the Tri-Cities each with 177 units, and East Hastings with 158 units.

A total of 1,002 housing starts within the city of Vancouver were rental homes, which represents 30% of the regional total. Surrey on the other hand accounts for 39%.