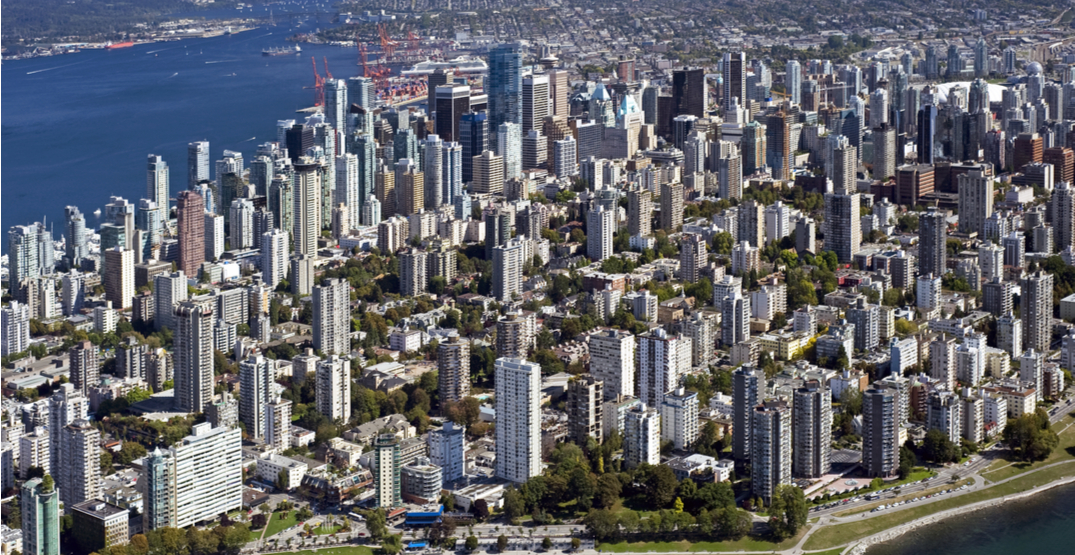 Vacancies in the region for purpose-built rental housing increased from 1.1% in 2019 to 2.6% in 2020, which is still considered a low vacancy rate. This comes after six consecutive years of the regional vacancy rate hovering at 1% — well under the healthy vacancy rate range of between 3% and 5%.

Generally, new structures in central areas of the region saw larger increases in vacancy rates, especially for larger high-rise towers. The demand shifted to suburban markets, where there are lower rents, causing the vacancy rates to fall in these areas.

The vacancy rate change in the University Endowment Lands was particularly immense, with the suspension of most in-class instruction at the University of British Columbia leading to a dramatic rise in purpose-built rental vacancy rates from 0.4% in 2019 to 13% in 2020.

As another indicator of market conditions at the tip of the Vancouver peninsula, at the start of the school year in September 2020, UBC reported an occupancy rate of just 44% for its on-campus student housing. There is typically a 6,000-person waitlist each year for the 12,000 student beds that are available.

Migration is responsible for most of the population growth in this region and new migrants usually form renter households, but with international borders closed due to the pandemic, migration into Metro Vancouver slowed significantly.

As well, lowered rental demand is attributed to employment losses, especially amongst younger people and workers in service-based industries, such as in retail, restaurants, and hospitality. These individuals, facing unemployment or a disruption in their incomes, may have chosen to combine households or relocate to lower-priced accommodation.

Average rents across the region increased 2% overall, a decrease from the 4.7% increase experienced in 2019. More expensive areas in Vancouver saw a drop in rents, including a 2.4% decrease in the West End and 1.3% decrease in Kitsilano and West Point Grey.

The vacancy rate for new structures was considerably higher at 9.1%.

The report also found the average asking rent for vacant units was 21.4% higher than the overall rent for occupied units.

“Average rents nonetheless increased by more than the provincially allowable increase , which suggests that landlords, through turnover of long-term tenants, are able to increase rents to market levels that are higher.”

“While the overall rental market loosened somewhat in 2020, these results reinforce that significant imbalances and pressures remain, particularly for lower income renter households,” continues the report.

An increase in supply continues to be vital in order to help improve vacancy rates and drive rents further into improved affordability levels. The vacancy improved slightly in 2019, largely due to the first completions of a new wave in new supply.

In 2020, the number of purpose-built rental apartments increased by a net 2,388 units — the highest annual increase since at least 1990. About 5,300 purpose-built rental units were constructed in the region over the past two years, with about 2,200 units or 42% within Vancouver. No new units were constructed in West Vancouver, Richmond, Delta, nor the University Endowment Lands.

There are potential signs of a slowdown in completions, as rental starts over the first three quarters of 2020 were 23% lower compared to 2019 due to economic conditions.

While CMHC’s work focused on purpose-built rental homes, it acknowledged that the condominium market is a significant source of supply for rental housing. There was a 19% increase in the number of condominiums used for long-term rentals in 2019, and this increased by a further 10.2% in 2020 with 7,137 units, with investors repurposing their existing and newly completed properties.

“Following several years of record condominium construction, a wave of new units is continuing to come online, many of which are investor-owned. Additionally, a combination of market forces and housing policies from different levels of government have led property owners to convert existing units from other uses to long-term rental, creating new rental supply,” reads the report.

“With lower demand for short-term vacation rentals due to less tourism in the pandemic environment, it is likely that some of these conversions are the result of investors now choosing to rent their units to long-term tenants.”